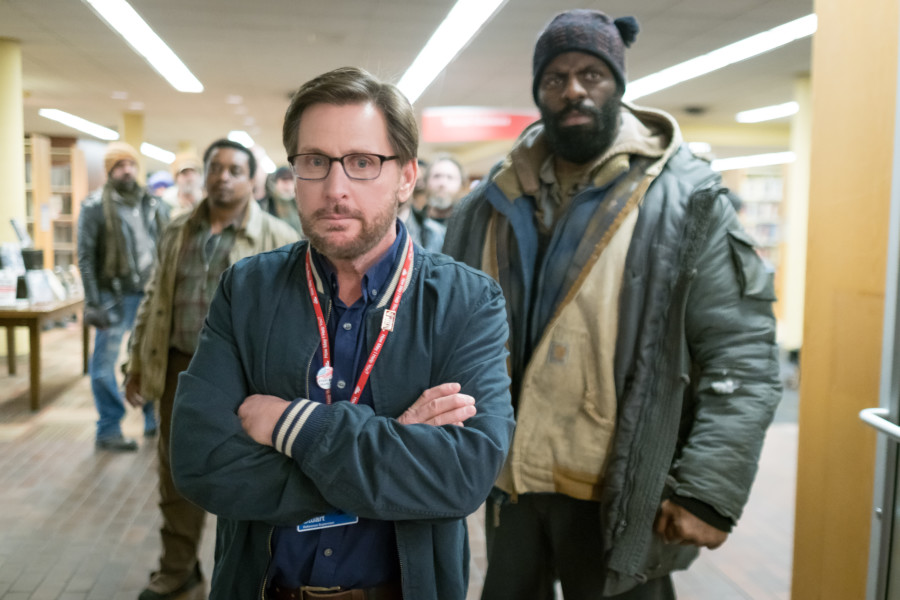 Premiering on April 5 is finally a film that takes an approach at humanizing the homeless crisis in America today.

What begins as an act of civil disobedience becomes a stand-off with police and a rush-to-judgment media constantly speculating about what’s really happening. This David versus Goliath story tackles some of our nation’s most challenging issues, homelessness and mental illness and sets the drama inside one of the last bastions of democracy-in-action: your public library.

The producer recently reflected on the film, “This project is exactly the type of movie I wanted to make when I started my company. Shining a light in a dark place and telling the story in an entertaining way.”

And continuing on why it is a difficult topic to discuss in our current political climate, “I don’t pretend to know the answer to the homelessness problem in America but I do know we can’t ignore it and act like it doesn’t exist. We’re all Americans and we are obligated to try to help one another.”

Here is to films telling a story of great importance today.