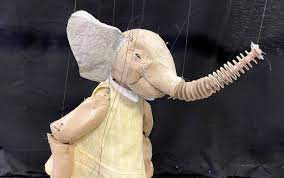 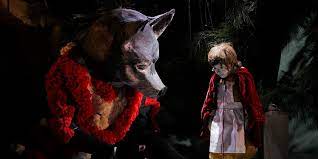 The Puppet Cycle: Small World Stories features a trio of original family-friendly marionette plays by Dipika Guha and Jen Silverman that will travel between properties via a specially adapted cargo bike with a solar-powered, moveable stage. 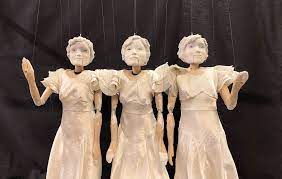 This bill of marionette plays will tour Brookfield Properties locations in Manhattan and Brooklyn this summer, including:

Guaranteed to transport and delight, each playlet is a snapshot of living in this precious, precarious moment. Jen Silverman’s Frown Town looks at the upside of feeling down, and Dipika Guha’s Elephantasia features a pachyderm who dreams of flight. With characteristic humor and a tinge of darkness, he Puppet Cycle: Small World Stories locates hope in the shadow of so much uncertainty. Characters are voiced by Andy Groteleuschen, Teresa Avia Lim, Adrianna Mitchell and L Morgan Lee.

“I am thrilled to combine our creative and producing partnership with Arts Brookfield with that of Phantom Limb Company, whose artistry has been central to the work of Octopus Theatricals since our inception. The puppet cycle is a natural evolution for their work, combining their exceptional craft, singular vision and their commitment to create environmentally sustainable theater, “ said Mara Isaacs, founder and director of Octopus Theatricals.

“We are thrilled to premiere he Puppet Cycle: Small World Series this week, with the first performance at Brookfield Properties’ newest development, Manhattan West,” said Elysa Marden, Senior Vice President, Arts Brookfield for Brookfield Properties. “It has been a pleasure working with the creative minds at Phantom Limb Company and we look forward to offering this captivating, relevant, compelling summer performance series to New Yorkers and visitors at no cost.”

Octopus Theatricals (Producer) Founded by creative producer Mara Isaacs, Octopus Theatricals collaborates with artists and organizations to foster an expansive range of compelling theatrical works for local and global audiences. The company eschews boundaries—aesthetic, geopolitical, institutional—and thrives on a nimble and rigorous practice.  Current projects include: Hadestown by Anaïs Mitchell (Broadway, 8 Tony Awards including Best Musical; Grammy Award, Best Musical Theater Album); (…Iphigenia), a new opera by Wayne Shorter and Esperanza Spalding; In The Same Tongue created by choreographer Dianne McIntyre with music by Diedre Murray; Social! The Social! Dance Club conceived by Steven Hoggett, Christine Jones & David Byrne; Dreaming Zenzile by Somi Kakoma; And So We Walked by DeLanna Studi; Theatre for One (in person and virtual), On Beckett created and performed by Bill Irwin, and many more. Octopus Theatricals is also home to the Producer Hub, an online resource supporting independent producers in the experimental and performing arts sectors. octopustheatricals.com