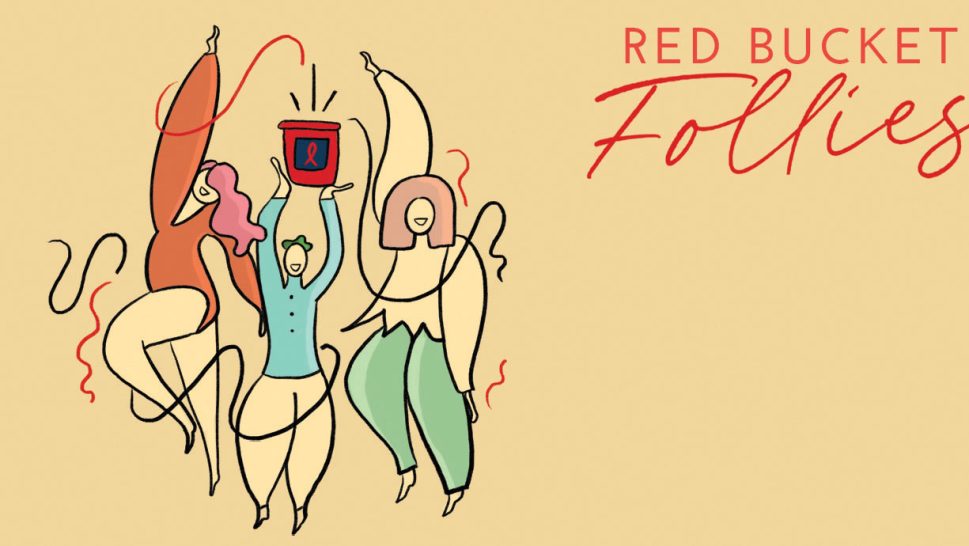 Whenever I attend a Broadway Cares event, Red Bucket Follies or the Easter Bonnet Contest people ask me about the numbers. There are wonderful dance numbers that are amazing; musical numbers with voices that inspire and comedy numbers that give you a belly laugh. But, the numbers that give me the most emotion are those that show how much money is raised during the six week period of red bucket collections and the wide number of causes that those funds support.

Musicals always look for their 11 o’clock number – the one that has the audience talking about it as they leave the theater, hopefully singing the tune and generating buzz for future audiences. The producers of the Red Bucket Follies follow the formula brilliantly but not with a musical number but with a final tally of the money raised. People exiting the theater leave with a heart a bit more gratified with the mission of Broadway Cares and the knowledge that the dollars, large or small, they tossed into the red bucket at the end of the show accumulated to a multi-million dollar fund raise.

The afternoon began with a smile inducing number with a stage FULL of Broadway kids singing lyrics specifically written for them to the tune of Proud Mary. Seeing a six year old on stage delivering a line with perfect comedic timing gives us all comfort that Broadway will be safe for many generations to come. Seth Rudetsky hosted the show for his eleventh year and his deconstruction of musical numbers is not only humorous but can I say educational as well. Pair him with the always entertaining Christine Pedi singing Evita in styles from Ethel Merman to Eartha Kitt and you have an audio masterclass of the history of Broadway divas.

Dance numbers using Fosse stylings tailored for non Fosse shows, an island themed solo and comic dance performed by Dancers Responding to AIDS with Carol Channing’s voice overheard performing Housework by Sheldon Harnick all delighted the audience. (I’m appalled that last week on Jeopardy Carol Channing was one of the answers and none of the contestants got it right.) The cast of Fiddler on the Roof in Yiddish, male and female, doing a Rockette kick in glittering mini dresses, dressed as Chanukah candles and a dreidl rightfully won the trophy for best performance of the Follies.

Among the frivolity and entertainment, Andre DeShields gave us all the heartfelt message of why everyone was in the New Amsterdam Theater. Broadway Cares was there for him when he needed them most for both emotional and financial support, just as they are today for people in need throughout the country. Broadway Cares supports causes in all 50 states and Washington DC and Puerto Rico. They give support to health organizations for men and women; food banks around the country; and career guidance and assistance. Not just for actors, dancers and stagehands but non theatrical people in need are helped when donations are given to Hurricane Relief and aid for other natural disasters.

So many performances at the Red Bucket Follies were memorable but the moment that always stays with me and gives me the biggest lump in my throat is the reveal of the final tally of how much money was raised in that six week period when red  buckets appear at the back of theaters throughout the country. The $5,631,888 raised by 58 Broadway, Off Broadway and touring shows is a number that is always showstopping.