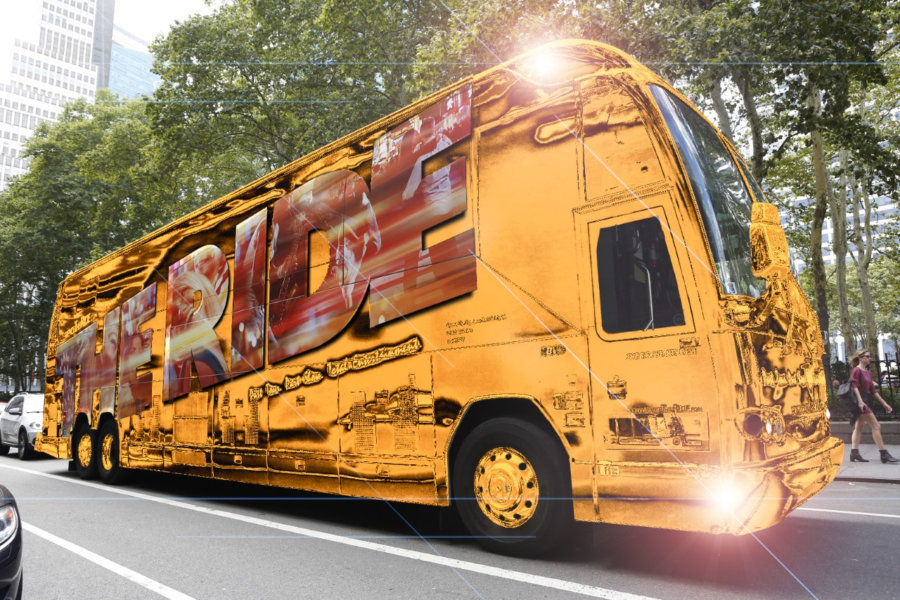 The Ride is currently negotiating for a major Far East version, Co-CEO/CCO Richard Humphrey will be on hand to welcome the 1,056,647th rider as they board the Broadway neighborhood’s iconic Experiential and Immersive theatre-on-wheels.

Mr. Humphrey will also be celebrating The Ride’s 11th Anniversary, his Drama Desk Award Nomination for Most Unique Theatrical Experience, his seven TripAdvisor® Excellence Awards and his sold-out, Post-Covid Re-launch.

“It was a long, long shutdown. Two weeks turned into two months turned into everybody turning in; but The Ride  is now awake!  Our goal is to create traveling theaters, and currently, the world’s only traveling virtual reality theater.  We can run a Broadway show from our integrated technologies.  You’re with us for an experience.” Richard Humphrey

The Ride , and its family of NYC experiences, is an award-winning sightseeing theatrical tour, celebrating its 11th Iconic Year in the Broadway Neighborhood as Times Square’s most successful Experiential Entertainment and Immersive Initiative.  Its multi-million-dollar motor coaches boast floor to ceiling windows, customized stadium seating, surround-sound, tens of thousands of LED lights, award-winning Tour Guides, a massive glass ceiling and 40 interactive video screens.  New York City’s $50 trillion dollar streets are the stage as the adventure unfolds before the RIDERS’ eyes much like a gigantic IMAX film.