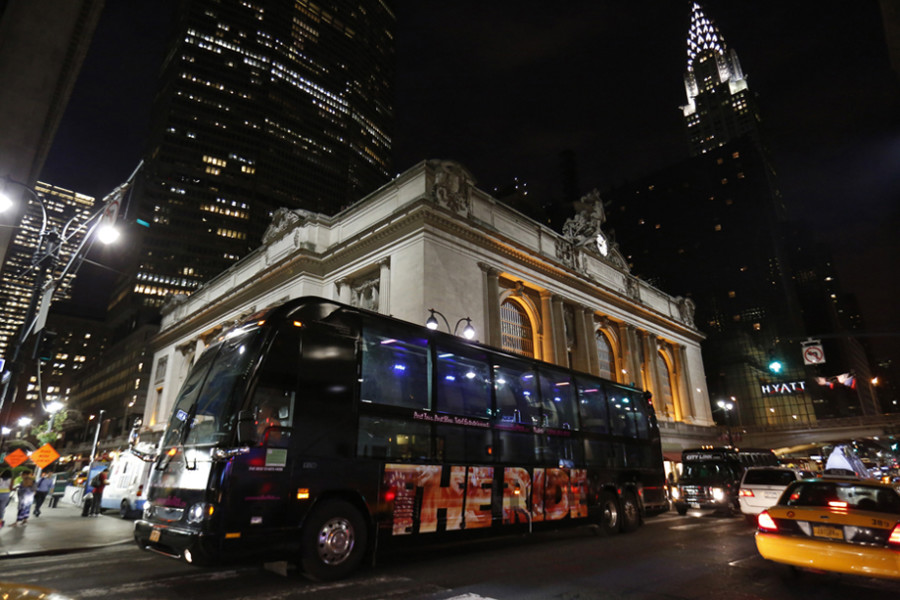 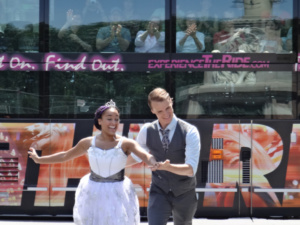 Written and Directed by The Ride‘s LLC CEO/CCO, Richard Humphrey, these two historic milestones are the euphoric inspiration for Mr. Humphrey’s newest production, The Downtown Experience (Powered by The Ride), a revolutionary, Virtual-Reality-driven tribute to lower Manhattan’s awe-inspiring legacy.   Mr. Humphrey is a visionary whose inspirational perception turned the multi-billion dollar streets of New York into the most expansive and successful stage in the country. On June 15, 2017 he’ll make even more history.

The Tour (Powered by The Ride) launched to critical acclaim on Monday, March 23, 2015. It sells-out more often than not.

All three Experiences are equally magnetic Attractions to International as well as local New York audiences.

The Downtown Experience (Powered by The Ride), had it’s world premier May 8, 2017. This unique Ride, presents the world-changing iconic events of a neighborhood that gifted Freedom to every other country on Earth. From the minute President George Washington was sworn in on the second balcony of Federal Hall at 29 Wall Street on April 30, 1789 the new Americans went to work. They laid out the streets, built bridges, libraries, universities, ships, railroads, tunnels, hospitals, theatres, museums, churches, town houses, meeting halls and commercial concourses, survived fires, riots, epidemics and the weather, created Wall Street, organized unions, published newspapers, developed public education, public transportation and public housing. As the Statue of Liberty introduces millions and millions of people to New York, The Downtown Experience (Powered by The Ride), is the center of all that is possible. Your journey begins at 200 Water Street overlooking the New York Harbor. History is meshed with 21st century technological wonders by the magic of 6 VIRTUAL REALITY visualizations (enhanced with the magic of the TimeLooper virtual reality app) and including on-location time-travel back to the inauguration of George Washington in 1789. It won’t be long before this new Ride will be breaking records.

Suzanna BowlingJanuary 10, 2022
Read More
Scroll for more
Tap
Spamilton Leave the PC at Home and Get Ready to Laugh
Allan Harris Wrapping His Voice Around A Song