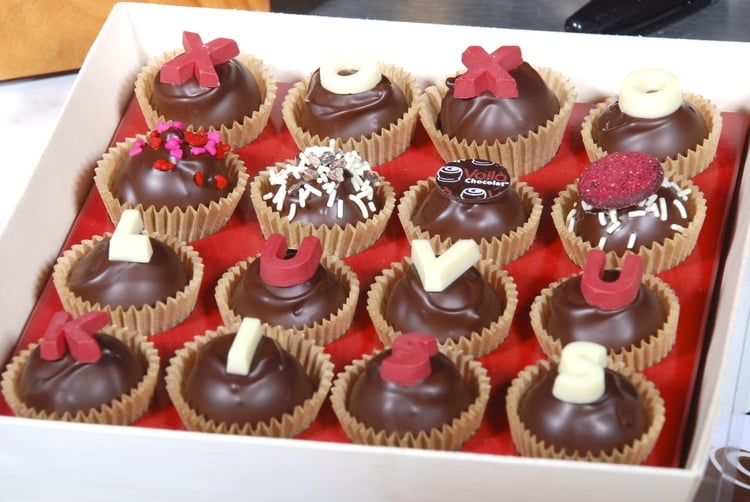 The Ride Introduces The United Nations of Love

The Ride Introduces The United Nations of Love 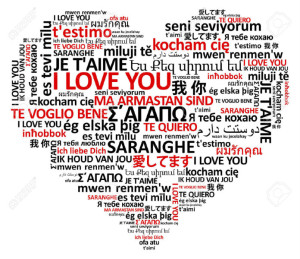 In 270 AD the Roman Saint Valentine was imprisoned and executed for performing weddings for soldiers who were forbidden to marry.  Eighteen centuries later The Ride fully intends to right that wrong.

The Ride’s February seduction of New York will take place during its International Valentine’s Day Weekend with a special offer so unique, it has been expanded to three evenings that will combine the ancient mystical secrets of Irish love with the International Supremacy of French Ardor. 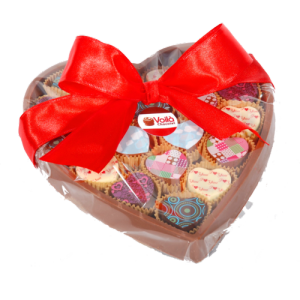 Peter Moustakerski, the founder of Voilà Chocolat, the enchanting, pioneering and unanimously acclaimed chocolatier on Manhattan’s Upper West Side has tasked his Chief  Chocolatier, Paris’ Christophe Toury, to create a hand-made artisanal chocolate that will be lovingly distributed to each rider. 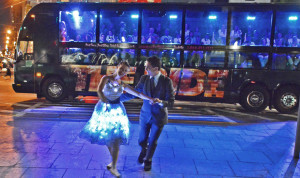 Then The Ride’s acclaimed view of Manhattan in the glitter of the winter-lit night. 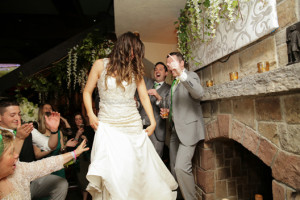 After the wonders of The Ride have dazzled and enchanted, The Valentine’s Day Riders will be delivered to Tir Na NÓg an Irish Pub whose design is inspired by the great churches and grand estates of Ireland. With several nooks and private areas for events, Tir Na NOg even boasts two replicas of stone Irish cottages built within its 6,000 square foot expanse that is constantly booked with Irish weddings. The Valentine’s Day Riders will be treated to a three-course dinner, a champagne toast and a bottle of wine of their choosing. The warmth of ancient Irish mysticism surrounding a candle lit dinner enhanced by champagne and wine, can a proposal of marriage be far behind?

Established on October 15, 2010 and Re-Launched on April 15, 2014, The Ride has become that coveted combination of Tourism gold and Entertainment Industry platinum.  Part tour, part show The Ride is TOTAL ENTERTAINMENT as well as a full-fledged DESTINATION CHOICE of visitors from all over the world.  Think the Statue of Liberty at the Tony Awards awaiting its 10,000th RIDER while being drenched in rave reviews.

“There are no strangers here, just friends you haven’t yet met.”  Tucked in the corner of Times Square, Hell’s Kitchen and the Garment District is Tir Na Nog Irish Bar & Grill, the second NYC location of a six store empire with other locations in Cherry Hill NJ, Baltimore and Philadelphia.  Tir Na Nog’s base philosophy is to provide the Irish hospitality one would find in an Irish Pubs in Ireland, where you’re made to feel at home as a guest. With that Tir Na Nog provides upscale New American Cuisine, with a few Irish classics like Shepherd’s Pie, Fish and Chips and Bangers and Mash in there.  To compliment the food Tir Na Nog offers 28 draft beers, 18 European bottled beers and a wine list which offers every wine by the glass, half bottle or full bottle.  An extensive Scotch and Irish Whiskey list also graces the menu.  Several Irish weddings have been hosted here for 250+ guests and now on the road to St. Patrick’s Day Tir Na Nog is flooded with requests for weddings on the Holy Day. Wednesday evening and Saturday evening Tir Na Nog hosts live music with no cover charge.  Sunday we offer a traditional Sunday Roast, popular in Northern and Western Europe.

Located on the Upper West Side, Voilà Chocolat is a pioneering concept specializing in hands-on make-your-own-chocolate experiences and activities. In their beautiful Upper West Side venue, guests of all ages learn and apply traditional chocolatiering techniques using top-quality Guittard chocolate. Guests can drop in for à-la-carte activities, purchase a ticket to one of their educational classes, or reserve their private party room to organize an unforgettable birthday celebration of corporate event.  In 2012, the future founder of Voilà Chocolat, Peter, was hosting his daughter’s make-your-own arts & crafts themed birthday party. He noticed how everyone at the party — both kids and adults alike — became joyfully immersed in their creativity, similar to how he felt whenever he made chocolates as a trained chocolatier. That was the first moment when he knew he had to create Voilà Chocolat, to share that feeling and that magic with others. After extensive research and planning, Peter began to assemble a “dream team” to help him bring Voilà Chocolat to life. He recruited a diverse team, from a nationally-recognized Master Chocolatier and pastry chef to a senior chocolate scientist, to create a unique place where everyone, not only trained chocolatiers, could experience the fun and magic of crafting beautiful, delicious chocolates with friends, family and colleagues.  As an artistic material, chocolate is endlessly fascinating, complex, and creative to work and play with. The Voilà Chocolat team now works hard to have everyone come in and discover for themselves the surprisingly rewarding and entertaining experience of making chocolates.
voila-chocolat.com

Christophe Toury (Chief Chocolatier/Voila Choclat) was born in Chartres, France and began his career at the Ritz in Paris. His pastry and chocolatiering talents then took him to the Essex House Hotel, the Four Seasons Maui, the Executive Pastry Chef role at the Four Seasons New York, the Executive Pastry Chef role at the Mandarin Oriental, and the Chocolatier Executive Pastry Chef role at Jacques Torres Chocolate. He has been named by Pastry Art & Design Magazine as one of the 10 Best Pastry Chefs in America. Christophe loves working with chocolate because of the distinct way it responds to human creativity and ingenuity, almost as if it were alive! He is most excited to see customers’ reactions to discovering this experience for themselves. Christophe enjoys serious road biking, which is a useful hobby for someone constantly surrounded by large quantities of the world’s finest chocolate. Christophe also creates astounding, intricate chocolate sculptures in his home kitchen just for fun.

Peter Moustakerski (Founder)/Voila Chocolat) is a visionary entrepreneur with a lifelong passion for chocolate. After relocating from Bulgaria to China and co-founding a confectionary company there that he ran for 10 years, he earned his MBA from Columbia and had a long and successful corporate career before going back to school to become a certified chocolatier. Peter immersed himself in chocolate (not always literally) in Costa Rica, at the École Chocolat, and at the French Culinary Institute in NYC, and he joined the Fine Chocolate Industry Association. Peter founded Voilà Chocolat because he was inspired by his fervent desire that everybody should be able to experience for themselves the joy and passion of chocolatiering. In his spare time, of which he has very little, Peter enjoys cooking for friends, engaging in a variety of outdoor sports, spending time with his wife and kids, and tasting a little fine chocolate every day.

Love is an International Phenomenon and so is The Ride
http://theridenyc.com/tickets/special-offers/