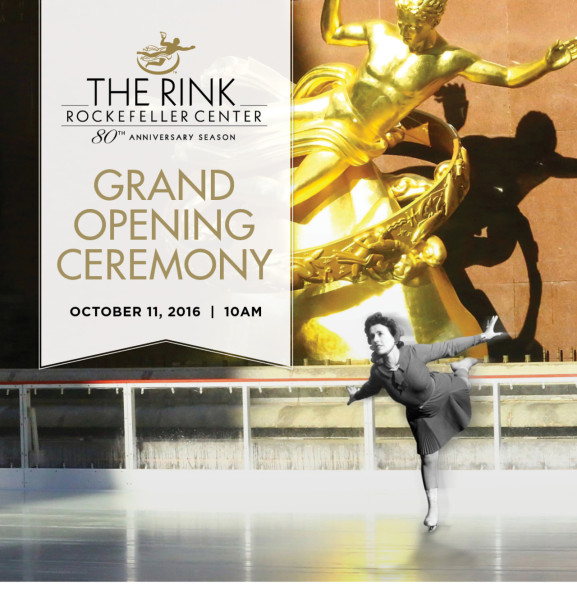 The Rink at the Rockefeller Center is Open!

The Rink at the Rockefeller Center is Open! 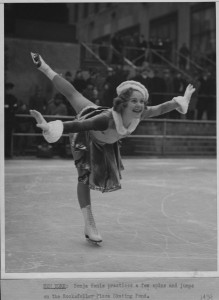 The Rink at the Rockefeller Center, opened for its current season this past Tuesday, and this year the rink is celebrating its 80th anniversary. To mark the 80th celebration this year, the rink will play the Billboard #1 hits from the last 80 years, and the restaurants around it are also altering their decor and their menu to join in the celebration. 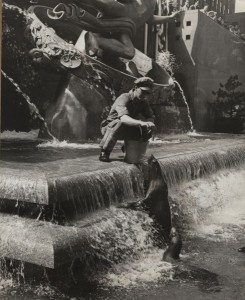 There use to be seals

The rink opened up amid much fanfare on Christmas Day in 1936. With lights for nighttime skating, a heated changing room, along with a dining area and music. They never expected it to last, but due to its popularity it became a permanent fixture . 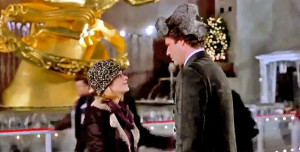 The rink has been frequented by Jackie Kennedy, Elizabeth Taylor, Richard Burton, Sonja Hennie, Will Ferrell,  Zooey Deschanel, Lucille Ball and many others. Michelle Kwan, Kristi Yamaguchi, the 2014 ice dancing gold medalists, Meryl Davis and Charlie White as well as many other Olympic medal winners have performed and skated on the rink.

A bronze gilded statue of prometheus created by sculptor Paul Manship in 1934, sits amid a fountain, both of which overlook the rink, and the iconic Christmas tree sits on the west side of the rink. The rink reportedly attracts 165,000 skaters every year. About 150 are permitted to go on at one time, and during the season the rink remains open 8:30 a.m. to midnight.

With room for only 150 skaters at a time, it is as intimate an experience as it is incredible.