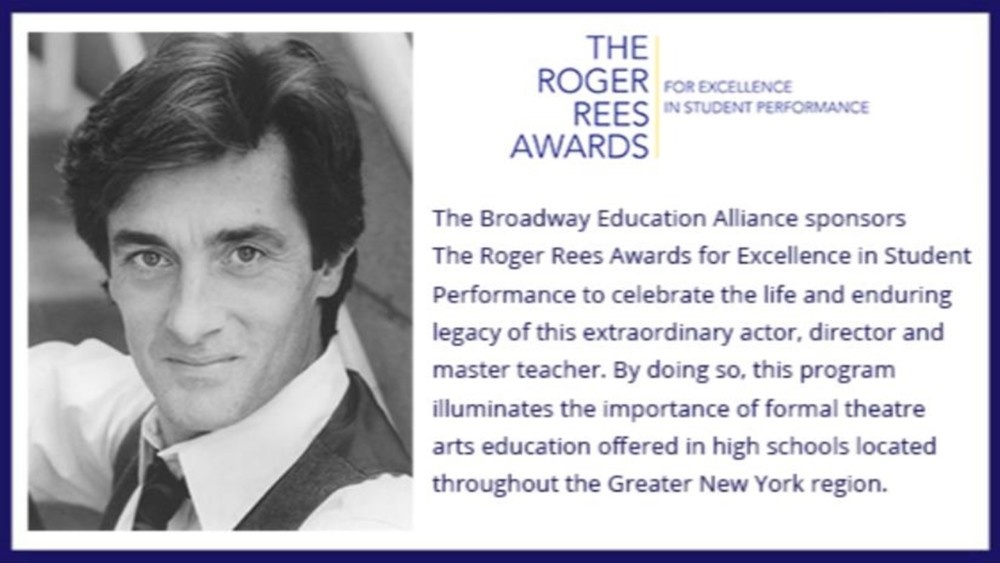 The Broadway Education Alliance is pleased to announce the 2018-2019 student nominees who will compete for the title of Best Actor and Best Actress at The Roger Rees Awards for Excellence in Student Performance on Sunday, May 19 at the Professional Performing Arts School, 328 West 48th Street, in Manhattan.

Fifty (50) students, (25 men and 25 women) are representing 40 high schools located throughout the Greater New York area that have presented an officially licensed production of a Broadway musical during the 2018-2019 academic year. This year, 152 students who performed a qualifying role in an eligible musical have been adjudicated by a team of three educational and theatre industry professionals who attended each school production.

The Roger Rees Awards recognize the importance of theatre arts education and celebrate the exceptional life and career-long artistic excellence of Broadway’s beloved actor/director, Roger Rees. Playwright Rick Elice, Rees’ partner of over 30 years, and author of “Finding Roger,” said, “Rog would have liked this chance to educate and inspire young actors, to offer a guiding hand as so many were offered to him when he too was a kid with a dream.”

Throughout his life, Roger Rees was a committed educator and generous mentor to young artists. He spent countless hours in rehearsals and classrooms coaching aspiring writers, actors and directors on character development, craft, collaboration and the vast cannon of theatrical works. Rees received the Olivier® and Tony® Awards for his performance in The Life and Adventures of Nicholas Nickleby, and Tony nominations for Indiscretions and as co-director of Peter and the Starcatcher. Rees passed away in July 2015 after a year-long battle with brain cancer.  He was posthumously inducted into the American Theater Hall of Fame in November 2015. 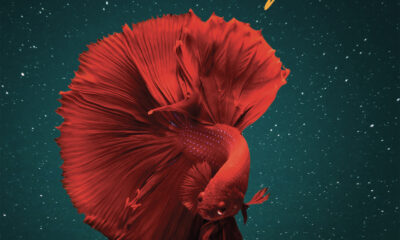 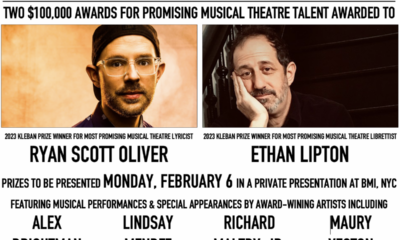 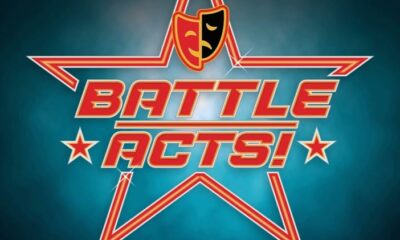