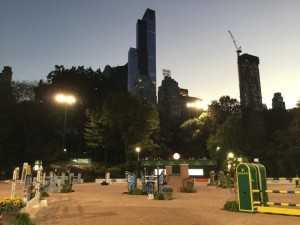 On Saturday Jimmy Torano won the Rolex U.S. Open Grand at the Rolex Central Park Horse Show. Capacity crowds filled the stands to watch 34 riders from 11 nations tackle the challenging course set out by Rio 2016 Olympic course designer Guilherme Jorge. Torano was eighteenth producing a round of elegance and precision. Kent Farrington aboard Creedance produced a faster time, he incurred four faults and fellow silver medal winning Team member at the Rio 2016 Olympic Games, McLain Ward, had a better day the day before.

For those who missed these proceedings, NBCSN will presents coverage this Sunday, September 25, at 9 p.m. ET. The event features some of the world’s top show jumpers including 2016 U.S. Olympic team silver medalists Kent Farrington and McLain Ward, as well as New York City native Georgina Bloomberg, winner of the inaugural Central Park Grand Prix in 2014. 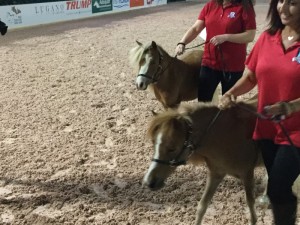 Located at Wollman Rink in Central Park (easily accessible from Fifth Avenue and 60th Street), the Rolex Central Park Horse Show Family Day will welcome kids of all ages. The day’s festivities will include pony rides, face painting, Arabian Horse presentation, equestrian demonstrations, pony club games, mini Land Rover car rides and much more. In addition, there will be two special mini horses—Honor and Hamlet—who will do a brief demonstration. They are from Mini Horse Heroes, a nonprofit that houses the world’s smallest police horses and was started to honor the life of Port Authority police officer Ken Tietjen, who gave his life on 9/11. Both Hamlet and Honor are about 32 inches tall, have stunning manes and tails and can compete in various obstacle course demonstrations. Gates are open from noon to 3 p.m. 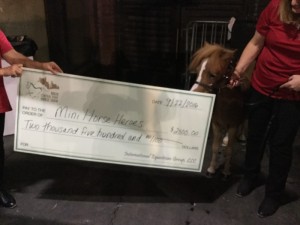 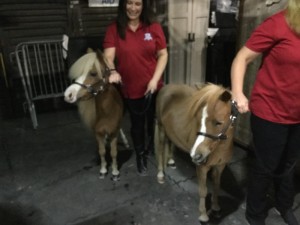 As a special guest, Frederik the Great will also make a brief appearance Sunday. Known as “The World’s Most Handsome Horse” and as an international sensation, Frederik was born in the Netherlands, where the Friesian breed first originated. He is a 15-year-old, award-winning dressage horse with his own YouTube channel that has reached more than 14 million views. He is based in the scenic Ozarks of Northwest Arkansas when he is not traveling to compete in national competitions throughout the year. With one of the thickest and longest manes of any Friesian stallion, Frederik has been approached to star in major feature films and will also appear in a ten-part miniseries titled, “Frederik the Great: Behind the Beauty,” which will be released in spring 2017, as well as a documentary titled, “They Have No Voices,” to be released in fall 2017. 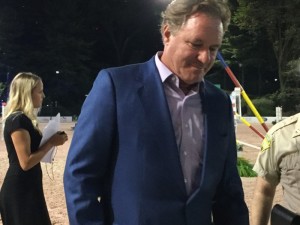 Mark Bellissimo, CEO of International Equestrian Group, LLC and founder of Rolex Central Park Horse Show, wanted to bring Frederik to Central Park to give New Yorkers and visitors from all over the globe a special opportunity to meet Frederik firsthand.