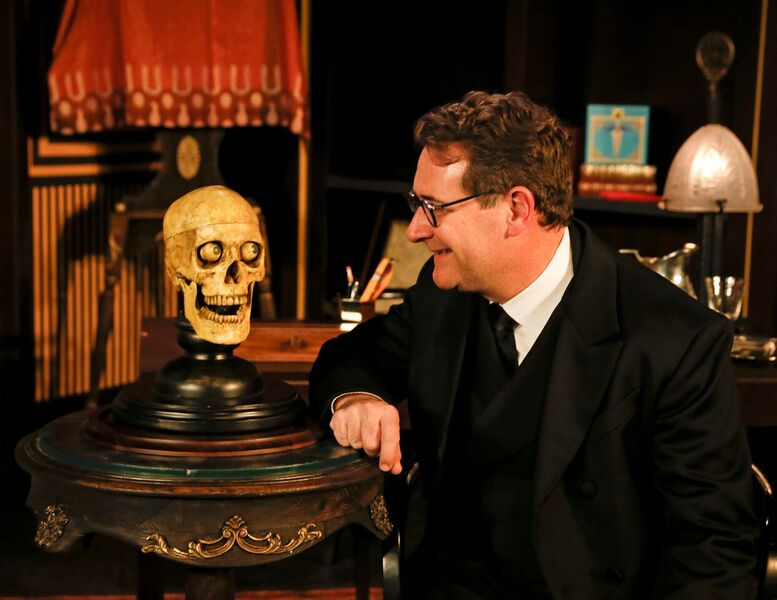 The Rosenkranz Mysteries – The Physician Magician is back

The Rosenkranz Mysteries – The Physician Magician is back 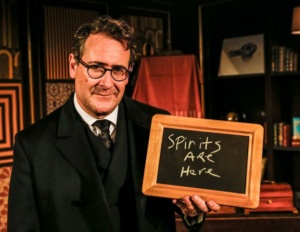 During an evening that would often demonstrate there is a culpable relationship between magic and science, the Royal George Theatre has remounted The Rosenkranz Mysteries to austond a new round of Windy City viewers. Featuring Dr. Ricardo Rosenkranz, a Jewish neonatologist at Northwestern University Feinberg School of Medicine as the show’s singular star, this brisk 90 minute show will have you asking “how did he do that” more often than not. Directed by Jessica Fisch and written by collaborators Eugene Burger, Fisch and Rosenkranz, this show not only demonstrates the parallels between magic and medicine, it proves they share a rudimentary and common DNA. While Rosenkranz is a doctor, this evening was far from a sterile or clinical outing. Sophistication, empathy and empowerment took center stage. No silly, elementary palor tricks or slight of hand puncuated this thinking man’s delightful showcase of wizardry. 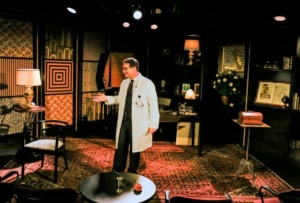 Once seated at the circular cabaret tables that surround the stage, do keep in mind audience participation is an absolute must. The show I attended was sold out, and both myself and my plus one, Susan, were randomly selected to go up on stage. The mystery displayed was found in everyday items, such as coins, cards and the “organized chaos” of a pair of Rubik’s cubes, each leaving the audience completely awestruck. There was a clever bit about an audience member’s wedding ring which found itself inside an orange, hanging on a miniature orange tree, which has still left me bewitched, bothered and bewildered.  As our host kept repeating, magic, like medicine, is facing the impossible and then triumphing. Leaving the audience hopeful, it was impossible to not be charmed by the many appeals of the good doctor’s act. 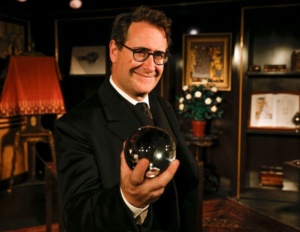 My only true criticism of the show was a painful misfire, completely unnecessary inclusion of a supporting character named Balsamo, a skull-in-the-box puppet, who kept hitting on random women seated in the audience. The gimmick fell flat fast, particularly in the hightened environment of today’s modern #metoo and #timesup movement. Dated and dull, if this show is mounted again, I implore Rosenkranz to leave Balsamo behind in a box, or only set him out on Halloween night to entertain young trick or treaters. This short vignette was totally out of place, felt rushed, awkward and ultimatley distracted from the remaining appeal of an otherwise charming show. 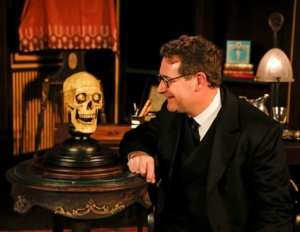 Often treading the fine line of the mechanics of healing vs. the faith of recovery, The Rosenkranz Mysteries may not be paradigm shifting, but it was certainly a great deal of fun. By the show’s conclusion, you stopped focusing exclusively on the how and just surrender to each tricks’ surprising and mystifying moments. Sophisticated, cultured, and enlightning, The Rosenkranz Mysteries will bewilder, baffle and bemuse, confound, distract and amuse, and there is absolutely nothing more enjoyable than that.

The Rosenkranz Mysteries are now playing at the Royal George Cabaret Theatre through June 17, 2018. 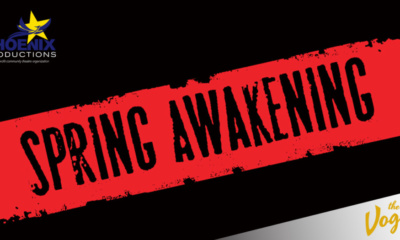 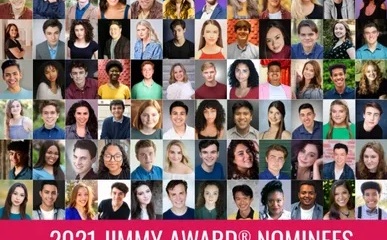