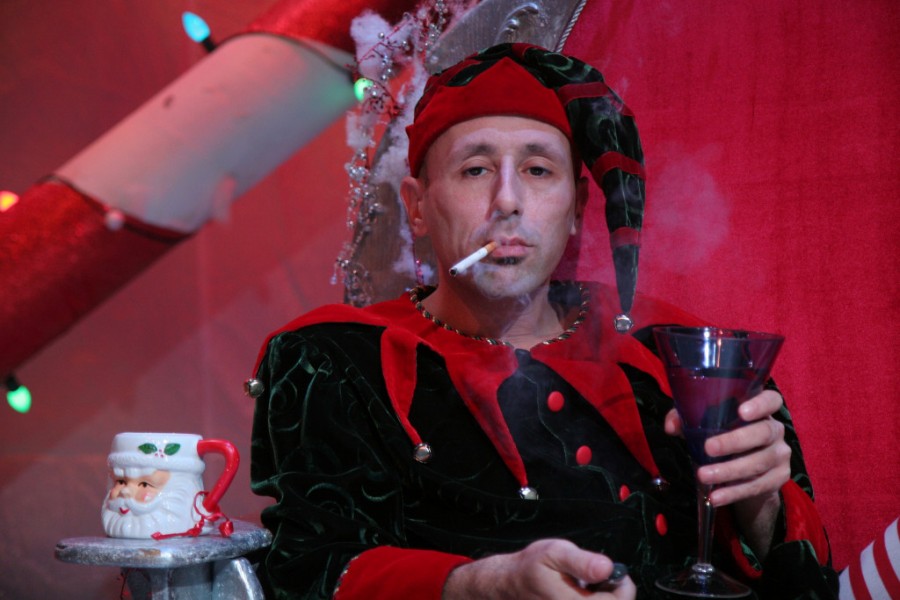 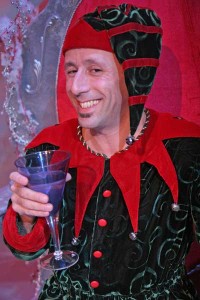 Add at the top of your holiday wish list to Kris Kringle, tickets to the delightfully snarky, The Santaland Diaries, now in its 12th annual staging at the Theater Wit. Written by David Sedaris and adapted by Joe Mantello, this satirical account is based on Sedaris’ true life (and quite hilarious) stint as one of Santa’s elves at Macy’s Department Store in New York City. You will never enjoy 80 minutes more then your time spent reveling in the numerous, four-letter-word peppered, captivating, behind the scenes stories of the happenings of this single, forty something, out of work actor, who answered a want ad asking for seasonal help.  All the real gifts here are for the audience in the form of numerous, rapid fire, contemptuous, recollections of the day to day countdown to Christmas in Santaland.  You will find yourself doubled over in unruly laughter from the multiple cutting diatribes at the battle lines, better known as Macy’s North Pole.

Directed by Jeremy Wechsler and starring the fabulous Mitchell Fain, this one man show eclipses anything Santa could stuff in your stockings. From the particulars of “climbing up the candy cane corporate ladder” to droll details of the “dignity stretching, forced merriment,” Fain proves himself a singular sensation, the most captivating of imps. Forced to answer to an elf name, “Crumpet” yearns to be a cast member of the now defunct ABC daytime drama, “One Life To Live.”Feverishly spinning, center stage, to the theme of the fictional town of Landview, and recanting the goings on of Vicki/Nikki, Cord and Tina, Asa and Beau, this under-employed actor quips about Cher, racist parents who demand a photo with a traditional Santa instead of a “Blanta” or black Santa, sad little children, painstakingly art directed by their helicopter parents, sucking any legitimate joy out of the photo taking process and the collective condescension from customers mocking the elfin attire of his day job. Adorned in candy cane colored tights and a little green velvet costume, designed by Mara Blumenfeld, while frolicking on a set designed by Joey Wade with a large, red and white throne for Santa, a six foot, glitter dipped “Believe” banner suspended from the ceiling and a large 8 foot white Christmas tree, “Crumpet” flippantly changes his name to “Blisters” as his curly-toed elf slippers and patience wore increasingly thin while the magical day of Christmas grows exceedingly closer. 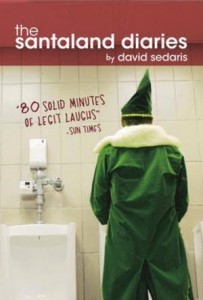 A master improviser, Fain interacts repeatedly with various audience members throughout the duration of the show. While this is a one man show, the derisive comments about his unseen coworkers constantly bemuse. There is a delusional woman who hopes she can be an elf at Macy’s “year-round,” the shocking details of the cramped employee changing room with a toilet that constantly overflows, his wine drinking break partner “Dreidel” – they elves are multicultural you know- and my favorite, the overly flirty young elf named Snowball, who has a collection of potential suitors, who all come calling, at the same time. Uh-oh, Snowball. Do not get me started on the giggles produced from the “Santa being an anagram for Satan” sketch. Fain’s winning treatment of “Away in the Manger” as sung by Billie Holiday, must be seen to be truly appreciated. A warning to all who attend, please don’t forget to shut off your cell phone prior to the show’s start. Our master of ceremonies promised to not only swipe your phone due to the annoying interruption, he threatened to shoot various photos of “his junk” as punishment or reward. You decide for yourself.

If you are looking for an adult themed escape from the overly commercial, forced delight of the holiday season, point your sled (or cab) in the direction of The Santaland Diaries, pronto. Numerous naughty worded monologues will delight away any amount of holiday blues. While this is the 12th staging, it is my first to attend, and I say happily, not my last. As derisive as it is hysterical, Sedaris’ wicked forked tongue is brought to life, masterfully, by Fain. Buy your ticket today. Naughty has never proved so nice.

Theater Wit’s The Santaland Diaries is now playing through December 30, 2015

Ask Bob Blume – Column 49 – Are You Prepared For The Current TV Pilot/Episodic Season?