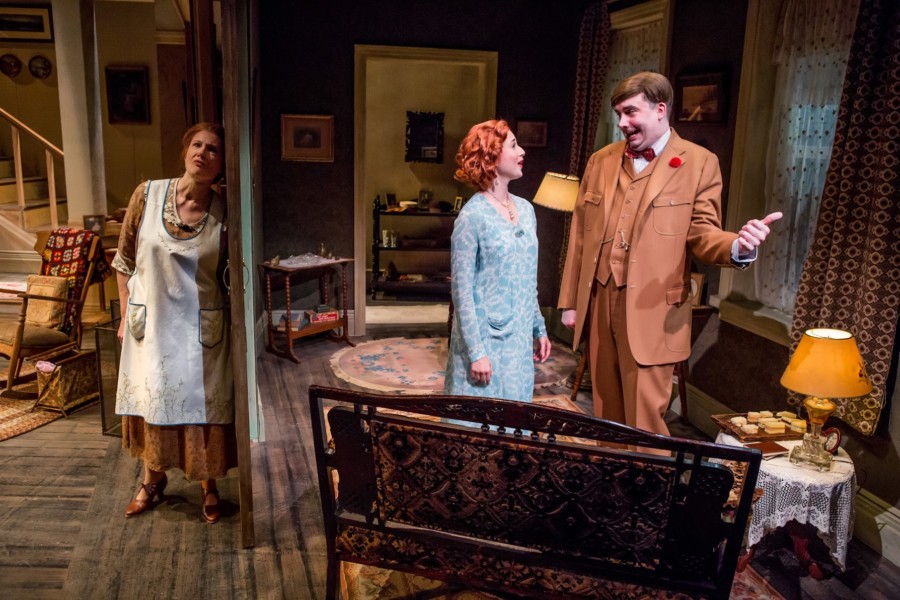 The Show-Off Grates on the Nerves

The Show-Off Grates on the Nerves 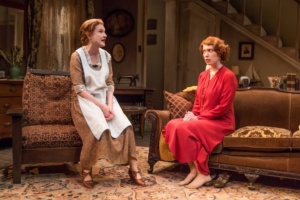 Pulitzer Prize winner George Kelly’s The Show-Off was first presented on Broadway at the Playhouse Theatre on Februrary 5, 1924. Now the Peccadillo Theater Company’s revival brings this play about Aubrey Piper (Ian Gould ), an egotistical, braggart into the Theatre at St. Clement’s. The Fisher family of North Philadelphia has been forced to deal with this man thanks to their empty headed daughter Amy (Emma Orelove), who is intent on marrying him. The play in a sense fails here, as we never understand why Amy would ever choose this unlikeable, unattractive man, for this is nothing to like about him. 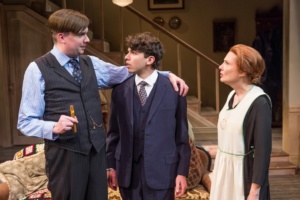 Amy’s mother (Annette O’Toole) tries to warn her daughter, that he is only a clerk at the railroad making $32 a week, but Amy believes he is a department head, because she chooses to believe whatever he tells her. Amy’s sister Claire (Elise Hudson) knows Aubrey cannot possibly afford to support Amy and after Amy marries him Claire’s husband Frank Hyland (Aaron Gaines) ends up bailing him out on several occasions. When Aubrey has a car accident that involves running down a traffic officer and driving without a license, it is Frank who pays his $1,000 fine and Amy who believes it was everybody else’s fault but his. In the end everybody ends up supporting and helping this irritating man. 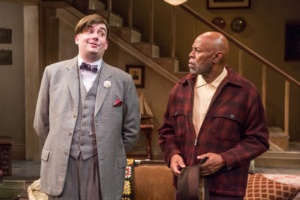 Mr. Gould makes Aubrey both true to period and so obnoxious, that spending two hours with him is trying on the nerves. Using Annette O’Toole as the mother is a waste of her talents and feels like miscasting. Ms O’Toole who was brilliant in Southern Comfort is simply too tart, but you can blame the material on that. Ms. Orelove never makes us understand why she is so in love with this unloveable human, but Ms. Hudson shows a complexity of layers in admitting to her emotionally distant marriage to Frank. I wish this story had been more explored. The success of the night is Tirosh Schneider who plays the youngest Fisher child, Joe. It is his storyline that gives us that inevitable happy ending.

This show feels dated under Dan Wackerman’s direction but is pleasing to look at thanks to Harry Feiner’s scenic and lighting design.

Sometimes shows should be left in the closet as time has passed them by.

Magda KatzAugust 6, 2022
Read More
Scroll for more
Tap
No Wake: Drowning In The Current, and In Life
Cindy Lou Who Grows Up as Lesli Margherita in Matthew Lombardo’s Christmas WHO’S HOLIDAY!