The Skivvies Rock Halloween With Guests Alice Ripley, Lesli Margherita and More At The Green Room 42 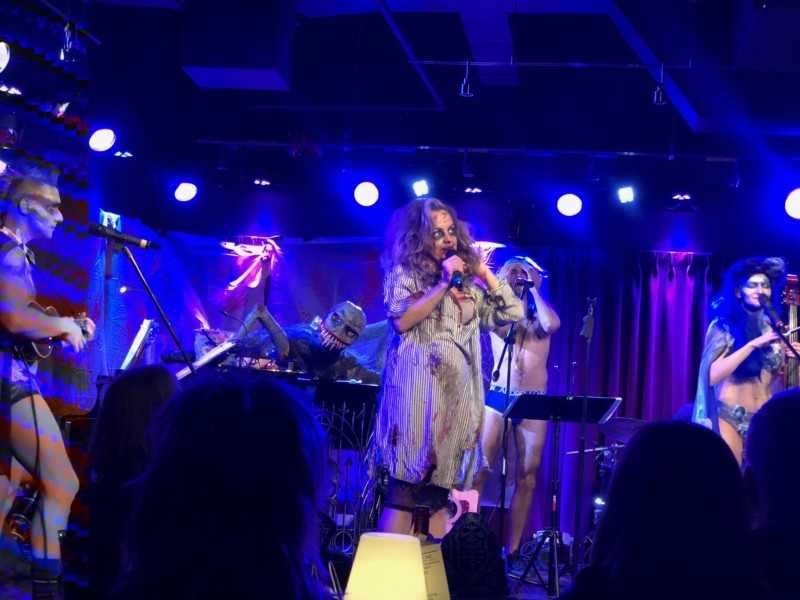 The Skivvies Rock Halloween With Guests Alice Ripley, Lesli Margherita and More At The Green Room 42

The Skivvies are Lauren Molina and Nick Cearley, singer/actor/musicians perform stripped down arrangements of eclectic covers and eccentric originals. Not only is the music stripped down – cello, ukulele, glockenspiel, melodica – but the Skivvies literally strip down to their underwear to perform.

Molina (Desperate Measures, Broadway’s Rock of Ages, Sweeney Todd, Mary Zimmerman’s Candide – Helen Hayes Award, Marry Me A Little) and Cearley (Broadway First National All Shook Up, Pageant, and on the OUT 100 list as one of the ‘most compelling actors of 2014’) met in 2003 performing in Theatreworks USA’s national tour of the “Just So Stories”. Quickly becoming best friends and musical collaborators, they began performing together in the city, with clothes on. The Skivvies were born in 2012, when they became YouTube sensations with their unique covers of artists like Robyn, Carole King and Rihanna. The videos led to live shows, and now this “musically thrilling”, undie-rock, comedy-pop duo continues to perform to sold-out audiences such was the case for Halloween at their sold-out Halloween Show. 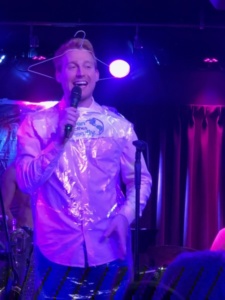 The Skivves performed “Hot In Here” followed by Vasthy Mompoint as the Statue of Liberty and “My Dear Country Makes Me Wanna Scream.” Dan DeLuca hit it out of the park with “This Is Halloween/Jack’s Lament.”
The Skivves recreating “Suddenly Seymour” to Tamika Lawrence hot version of “The REDley”.
Isaac Cole Powell dressed as Freida Kahlo explained “Finishing the Brow”, as The Skivves performed an outer space “Life on Mars”. 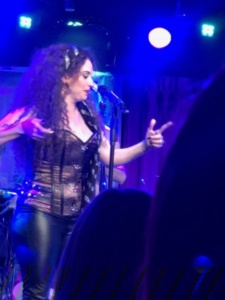 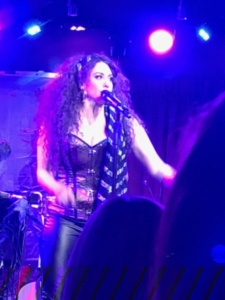 Lesli Margherita switched words with “Gypsies Tramps & Thieves”, which proved to be “Toxic”.

Ellyn Marsh didn’t quite know her “Spice Girl Pepper Medley”, but maybe we were suppose to think she was amusing. 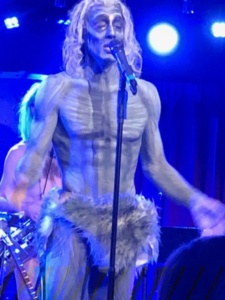 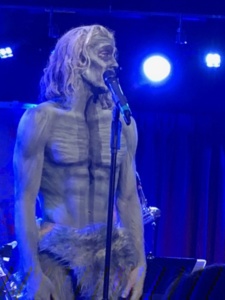 Diana Huey performed a “Ghostly Medley”, as Rebecca Faulkenberry unravelled as a Mummy singing “Sweater Song”. The last number was a “Hardbody Hoedown”.
All who attended were frightfully entertained. The Green Room 42 was the perfect host for this spooktacular evening 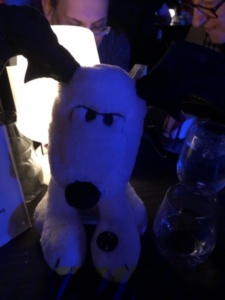 My guest for the evening