The Song of Names Misses The Tune 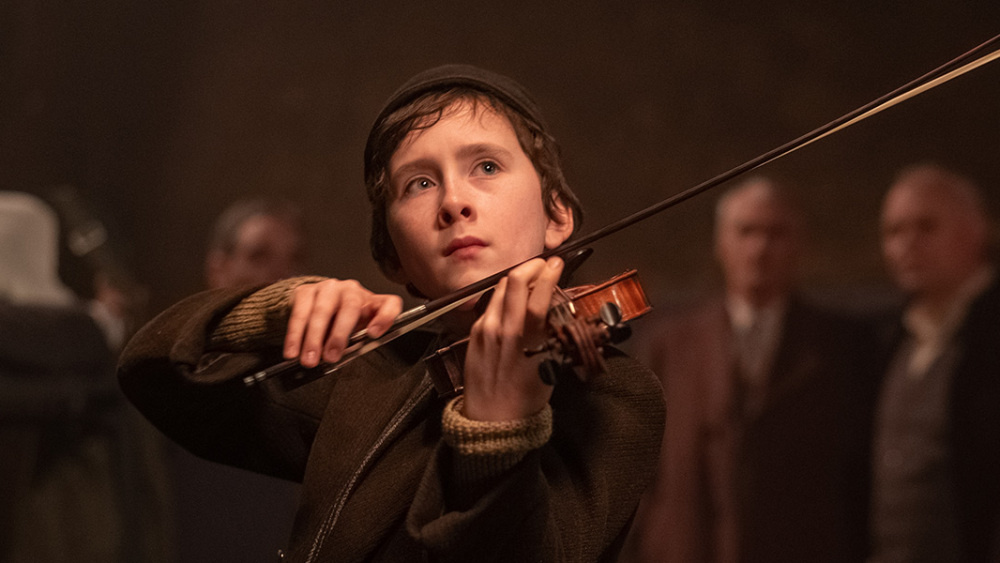 The Song of Names Misses The Tune

François Girard’s The Song of Names, due out Christmas Day misses the mark, thanks to screenwriter Jeffrey Caine (The Constant Gardener) back and forth time line take on Norman Lebrecht’s novel. What is a wonderful story line becomes seriously convoluted.

The lead character, a Polish violin prodigy Dovidl Rapoport (Clive Owen) is such an ungrateful human, that we never care for him or his delima.

The film starts as Dovidl is set to make his debut in front of a packed audience of critics and dignitaries and mysteriously disappears. Suddenly we are 35 years in the future, when Dovidl’s childhood best friend Martin (Tim Roth), the son the man who took Dovidl in, witnesses a young violinist mimic Dovidl’s distinct ritual for applying rosin to his bow. Martin, becomes obsessed in finding Dovidl despite his wife’s (Catherine McCormack), objections.

Back and forth in parallel we go, from the late 1930s to the present. In the 30’s, Martin’s father a music publisher and benefactor agrees to take the gifted and arrogant Dovidl into his home. Despite the fact his father gives his bedroom and his time to Dovidl, the two boys became roommates and inseparable. In the present, Martin searches for Dovidl, until he finds the bedraggled man who never wanted to be found. Turns out Dovidl not showing up to the concert, bankrupted the family and devastated his father.

During the course of the film Dovidl hears news of the holocaust and wonders and fears for his family. During the night of the concert, by a twist of fate learns the details though song. Because the names of the dead were too numerous to remember and whole families were lost, survivors were task with remembering them. The film is a musical solution, but comes too little, too late, when it should have been front and center.

Tim Roth and Clive Owen’s are wonderful in their roles, as are the younger actors who play them. Dovidl; Luke Doyle 9-13 and Jonah Hauer-King 17 – 23 and Martin; Misha Handley 9-13 and Gerran Howell 17 -21. But it is Howard Shore’s searing soundtrack that is the star of the piece. Also David Franco’s cinematography is visually stunning.

There is much of this film that doesn’t make sense, such as why Dovidl, is late. When Martin finds out the first part of it, it is surprising that he takes it so well. It is a complete betrayal in every sense and does not excuse the next part, which is the real story that is brushed off. Also that Dovidl’s father knowing the holocaust was happening could come to London and just drop off his son. Why didn’t he bring the family and stay? How does a person who is such a narcissistic skip a concert and in a second grown faith and a heart?

I should have left the theatre crying and praising The Song of Names”. Instead I left truly not liking the character of Dovidl and thinking him the most ungrateful of men. Faith and love go hand and hand and Dovidl had none of that.