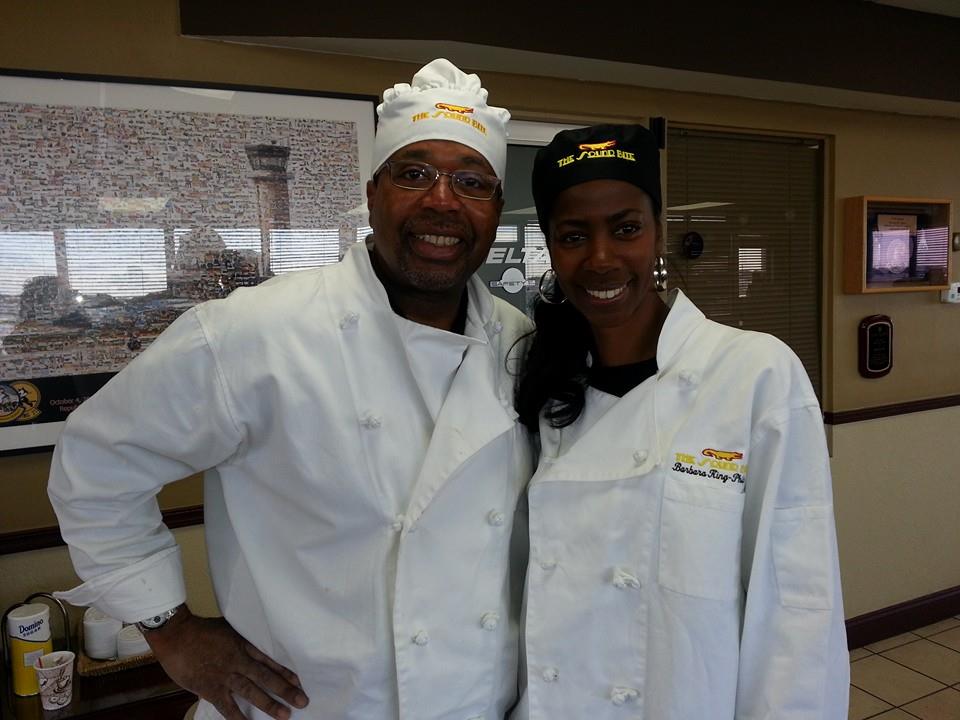 The Sound Bite The Intimate New Jazz Place To Go

The Sound Bite The Intimate New Jazz Place To Go 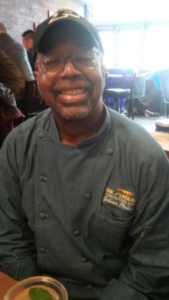 What do you get when you blend a world renowned jazz vocalist and an celebrity chef, as well as an Emmy Award-winning news anchor? A a new intimate jazz club and restaurant called The Sound Bite. This new little gem has opened up right around the corner from my house, snuggled in at 737 9th Ave (between 49th and 50th). 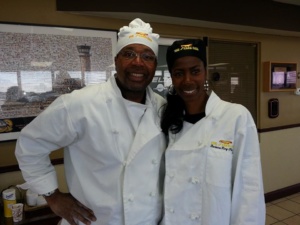 Husband and wife, Barbara King and Julian Phillips dreamed of opening a restaurant that combined their passions, media and jazz and that is exactly what The Sound Bite is. Wired for broadcast, their is an area for live productions and walls lined with head shots of media and jazz icons. The food is a rustic blend of southern classics and burgers. 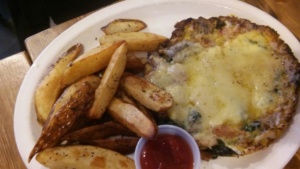 My friend Olga Papkovitch clothing designer and owner of Popimpreska magazine and I headed over to try their Sunday Brunch Special ($12.50) (also served Saturday’s from 10 – 4). Not wasting time Olga ordered The Sound Bite Signature Frittatas, which was a totally delicious blend of eggs. Olga packed this fluffy frittata full of Swiss Cheese, Tomatoes, Onions, Kale and Lobster. Served with the Sound Bite Seasoned Fries, a generous potion of hand cut potatoes, which were suppose to be crispy fried and seasoned with pink Himalayan sea salt, coarse ground pepper and a dash of vinegar! Though the fries were good, they were not crispy or seasoned. The order included 1 complimentary Mimosa, or Bloody Mary! and Olga chose the Mimosa, which sparkled with delight. 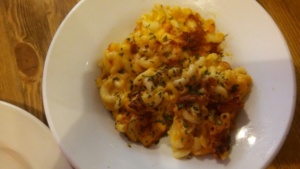 I tried one of their special comfort foods Southern Smoked Mac and Cheese ($11.50) with an added order of 3 blackened wings ($3.50). You can also get Andouille Sausage $4.00; Blackened Chicken $5.00; Shrimp$7.50; Lobster $12.00 or Alligator Sausage $10.50.  I tried this with their pesto dipping sauce. The flavors were rich, filling and completely satisfying. The wings were moist, tender and perfectly seasoned and didn’t need the dipping sauce. If you feel like you want to dip; puttanesca, pesto, garlic, cajun remoulade, buffalo & BBQ sauces are available. My only complaint was my dish was obviously make before my guest and it was at room temperature rather than hot. 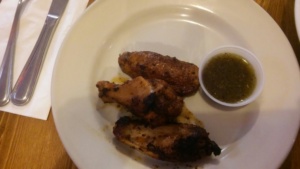 We finished off the meal with a delicious Coconut cake ($2.75) and tea as we listened to the smooth sounds of a guitar stylist. 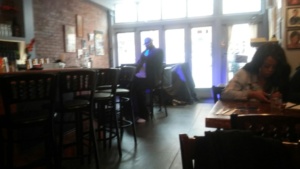 After our meal Julian Phillips came over to talk. We were most impressed to hear his employees are all homeless and former inmates, who he is helping ease back into society.

We are looking forward to trying The Sound Bites Open Jazz Session every Friday and Saturday night from 10:30PM to 12:30AM, where musicians and vocalists sit in and to hear Barbara King bring her stunning vocals to Hell’s Kitchen. 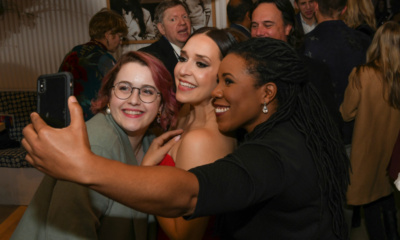 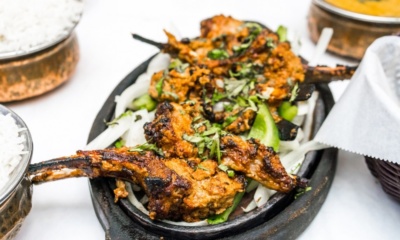 Brooklyn Diner Brings You Not Only Good Food But A Show