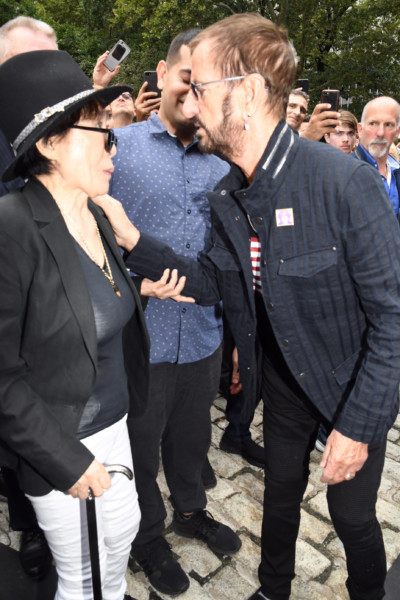 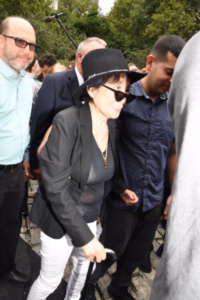 Yoko Ono returned to New York City of The John Lennon Educational Tour Bus (Lennon Bus) presented by Other World Computing (OWC), the premier non-profit 501(c)(3) state-of-the-art mobile production facility that provides hands-on creative experiences to students of all ages. The Lennon Bus will visit the city for the launch of the fifth annual Come Together NYC residency. 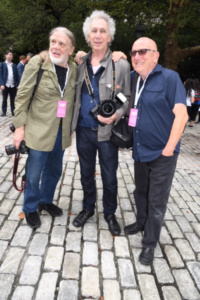 The event will kick off at 10:00 a.m. from the steps of New York City Hall with a “Bed-In” featuring Ringo Starr, Jeff Bridges, iconic rock photographer and Morrison Hotel Gallery co-owner Henry Diltz, Mayor Bill de Blasio, and Speaker of the NYC Council Corey Johnson. The group will come together to inspire student activism in honor of John Lennon and Yoko Ono’s legendary non-violent protests in support of world peace. 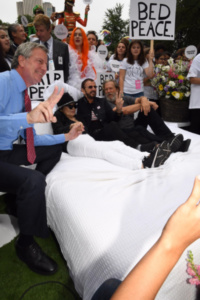 Apart from his history-making career as a Beatle and beyond, the late John Lennon was known for his work to promote unity through art and music – from holding bed-ins to bringing together a talented group of artists to record “Give Peace a Chance.” 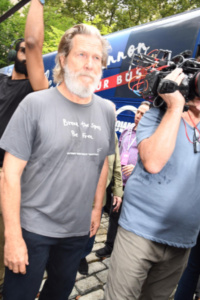 The John Lennon Educational Tour Bus rolled out in 1998 with the intention of continuing that legacy of love. On September 13th, photographer Henry Diltz is proud to be taking part in the annual Come Together NYC event featuring the John Lennon Bus. 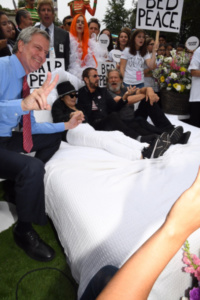 Hosted by technology company OWC and co-hosted by Sleep Club, the Lennon Bus travels to underprivileged areas in the U.S. in order to mentor students and offer them the hands-on experience of creating music and digital media in a top-of-the-line recording and production studio. 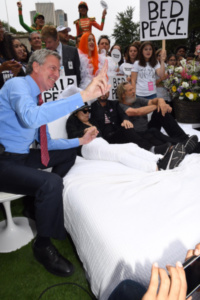 Henry Diltz, the co-founder and co-owner of Morrison Hotel Gallery (with locations in NYC, L.A., and Maui) will spend the day of the event on the bus mentoring three students in the art of photography. He’ll also be photographing the happenings at the Come Together NYC City Hall event. 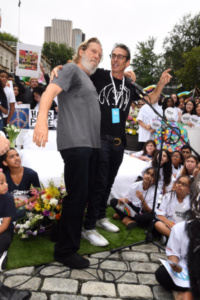 Diltz photographed Starr earlier this year for the start of his 2018 All Starr Band tour – a tour that will continue at Radio City Music Hall the evening after the Come Together event. 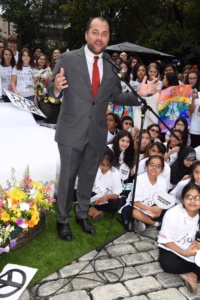 Diltz’s recent photographs of Starr will be on display and for sale at the reception, with a percentage of the sales going to support the Lennon Bus. 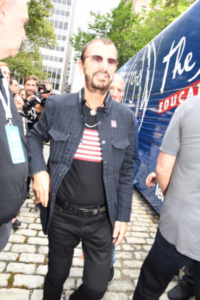 The mission of The Lennon Bus program is to provide students access to music, audio, video, and broadcast technology. As the primary bus tours the U.S., its sister bus travels throughout Europe, bringing media production educational opportunities to children around the world. 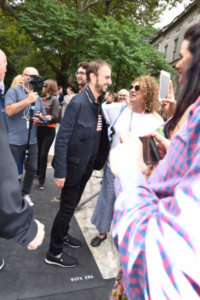 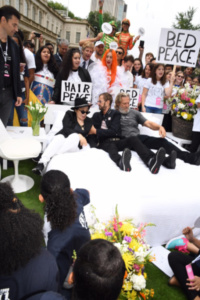 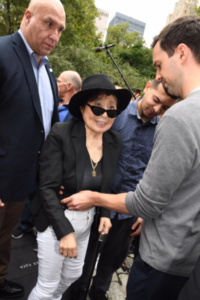 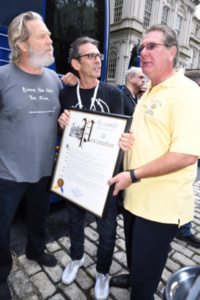 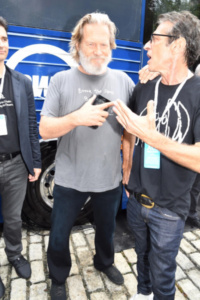 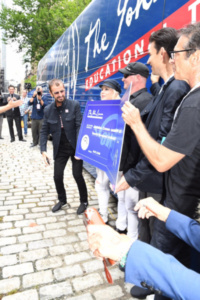 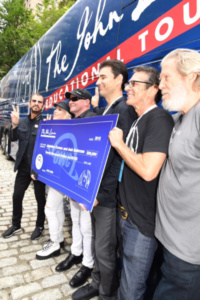