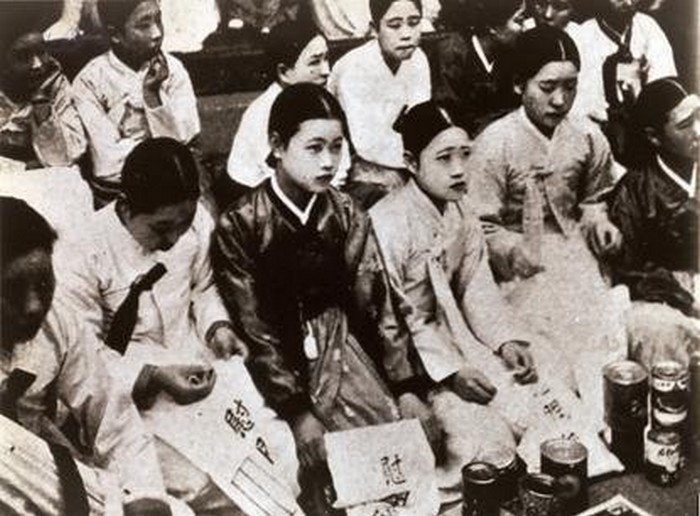 Shinzo Abe is the Japanese Prime Minister. He revisited an agreement from 2015 on Friday regarding the South Korean comfort women while talking with the President of South Korea, Moon Jae-in. He stated the deal was based on two way ties and a promise between the nations.

Shinzo Abe additionally stated there was an agreement between the two leaders to create a relationship among the two countries oriented towards the future. Opening remarks were also made by Moon Jae-in at the meeting located in Pyeongchang. Shinzo Abe was there to attend the Winter Olympics opening ceremony.

South Korea and Japan have a bitter history involving the comfort women testimonies from when the peninsula was colonized by Japan from 1910 through 1945. The term comfort women was a euphemism started by Japan. Many of these women were Korean and forced to work in brothels during the war. The issue has renewed the feud and frayed the ties between the two key Asian allies of America. They must now face the challenge of the missile and nuclear programs of North Korea.

The deal was reached in 2015 by the predecessors of Moon and Abe. The former Korean comfort women received an apology from Japan. Partially due to the comfort women stories a fund of $9 million (1 billion yen) was provided to help them. Earlier in the year South Korea stated the agreement did not successfully meet the needs of the victims. They felt additional steps were required. The Japanese continue to insist there is no reason to change the agreement.

After the meeting in Pyeongchang between Moon and Abe a statement was issued by Abe. He said the agreement between South Korea and Japan has irreversibly and finally resolved the issue concerning the women. He believes the agreement constitutes a promise between the countries and builds a solid foundation for bilateral ties. This statement was made prior to the Winter Olympic Games.

As the President of South Korea Moon Jae-in spoke with Shinzo Abe, the Prime Minister of Japan while attending a meeting on February 9th of 2018 in Pyeongchang, South Korea. Abe has some conservative backers who were angered at his decision to attend the Winter Olympic Games. His decision to let the agreement stand and his refusal to alter even a millimeter has not changed. Shinzo Abe additionally demanded the statues of South Korean comfort women be removed. These statues were installed in countries other than South Korea including Germany, Australia and the United States.

Moon stated the victims sustained emotional damage unable to be resolved with a simple exchange between the countries governments. Moon believes both Japan and South Korea must continue to make an effort so past wounds can be healed.

The U.N. Human Rights Committee asked Tokyo for a clarification of the euphemism comfort women in 2014. The panel had an independent expert who felt the term should be replaced with the phrase enforced sex slaves. Abe and Moon have a lot of differences but have agreed to resume shuttle diplomacy. This was an agreement originally reached last year. They are planning to have a trilateral summit between South Korea, Japan and China as quickly as they possibly can.

Abe has spoken with moon regarding the missile and nuclear programs of North Korea. He has confirmed they will be placing a lot of pressure on North Korea so they will abandon these programs. They both believe talking just to talk is useless.

A détente of the North-South Olympics has spoken of their concerns in Tokyo and Washington regarding the United States and their allies possibly easing up on the pressure campaign regarding North Korea.