American cities are being torn down by the inside. Though we have political opinions and have been given a two party system, it seems the Democrats don’t believe in fairness or do they? What about Republicans? Do we really have a two-party system or are we being manipulated? Don’t believe me, I have become privilege to a letter by Mayor Mario M. Kranjac from Englewood Cliffs, NJ. to his constituents and what this letter states is frightening.

Right now in Englewood Cliffs there is an issue of corruption and the issue of affordable housing. Former council members Deborah Tsabari and Ed Aversa had conflicts of interest in the litigation that was brought to court. Fair Share Housing Center and Normandy Real Estate Partners, the developer are looking to build on the former Unilever campus at 800 Sylvan Ave. Englewood Cliffs Mayor Mario Kranjac alleges in a certification that Tsabari lives in or owns property within 200 feet of the site and that Aversa owns and operates a business within the overlay zone established in the borough’s affordable housing plan. A deal was reached in April 2019 calling for 400 units to be built at 800 Sylvan Ave.: 94 town houses and 306 apartments. Of those, 80 apartments would have been affordable. Instead, the matter went to trial, a new settlement was reached in 2020 that allowed for 450 housing units to be built on the former Unilever campus, with 90 affordable units. Last April, Farrington, the judge, stripped the Planning Board of its control over the development at 800 Sylvan Ave.

Five borough officials have resigned or retired since April 8, including Tsabari; the affordable housing attorney Kranjac appointed, Michael Jedziniak; and Chief Financial Officer Chris Battaglia.Tsabari attributed her decision to leave to personal attacks and bullying by the mayor.

Now as you can see Mayor Mario M. Kranjac sent a letter to his constituents.

Now before we believe everything written here, there are two sides to this story. Tomorrow Tim Koutroubas side and from what I heard today, there is definitely another side. 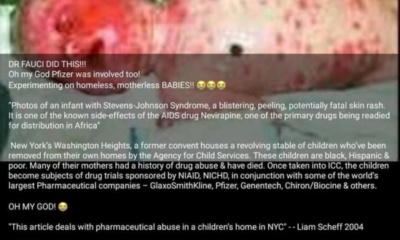