The Temptations Are Headed To Broadway

The Temptations Are Headed To Broadway

Look for a new musical based on the life of the greatest R&B group of all time. Ain’t Too Proud – The Life and Times of the Temptations is slated for Broadway this coming Spring at the Imperial Theatre (249 West 45thStreet). Additional information will be announced shortly. 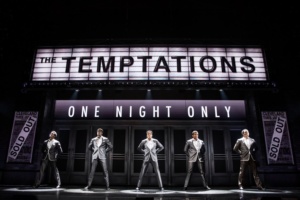 Ain’t Too Proud broke records in its World Premiere run at Berkeley Repertory Theatre, where it became the highest grossing production in that theater’s nearly 50-year history. The musical went on to play Washington D.C.’s John F. Kennedy Center for the Performing Arts, where the show broke the all-time single-week box office record for the Eisenhower Theater. 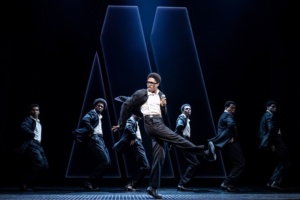 Ain’t Too Proud is the electrifying new musical that follows The Temptations’ extraordinary journey from the streets of Detroit to the Rock & Roll Hall of Fame. With their signature dance moves and unmistakable harmonies, they rose to the top of the charts creating an amazing 42 Top Ten Hits with 14 reaching number one. The rest is history — how they met, how they rose, the groundbreaking heights they hit, and how personal and political conflicts threatened to tear the group apart as the United States fell into civil unrest. This thrilling story of brotherhood, family, loyalty, and betrayal is set to the beat of the group’s treasured hits, including “My Girl,” “Just My Imagination,” “Papa Was a Rolling Stone,” and so many more. 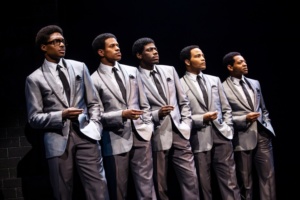 Ain’t Too Proud opens at the Center Theatre Group/Ahmanson Theatre in Los Angeles tomorrow night, where performances continue through September 30, before heading to Toronto’s Princess of Wales Theatre October 11-November 17, 2018.