“The Tender Bar” sneaks in, and surprises, without doing much or having too much to say, other than shining a good neon bar light on the importance of all those intricate emotional connections we have with others that surround us with love and care, be it family members, college roommates, or even those older guys who sit around and drink at your uncle’s neighborhood bar. Each and everyone we attach to while growing up brings unmeasurable meaning to our lives that, in a bar-flavoured nutshell, are the furthest thing from minor. Director George Clooney (“The Midnight Sky“) seems to understand that with a fullness that is remarkable, obviously connecting internally with the main character in some deep personal way. He has created a film that is as simple as it is beautiful, filled to the salt-coated rim with moments that make your heart sing, not in a big or showy way, but from a small place of warmth and internalized safety.

Based on a memoir by the Pulitzer Prize-winning author JR Moehringer, this intimate film, now available for streaming on Amazon Prime, unpacks a typical ordinary coming of age story of a typical ordinary young kid by the name of JR who keeps telling everyone who asks that he is going to be a writer. Normally, I would say, ‘dreams’, but in this case, his word choice states a lot about the idea and the reasoning. Clooney and screenwriter William Monahan (“The Departed“) understand that difference, and deliver that train ride to Yale expertly. The fact that we know by the origin of the story and the film that his scholastic journey comes to fruition isn’t the most important ticket to the story, in a way. It’s more about the casual pathway forward, not the passion, that takes this train down these specific tracks. It’s majestically simple, and the cast that has climbed on board seem to know it well and do the film an amazing justice.

Driven back in desperation to her familial home with a young JR, played magically by Daniel Ranieri, in tow in the passenger seat, Dorothy, his mother, played gloriously by the always compelling Lily Rabe (“American Horror Story“) can’t really believe that she finds herself back in this broken down home with a worn mattress tied haphazardly on the roof of her car (expert work by production designer Kalina Ivanov; art director Bryan Felty; set designer Melissa M. Levander; and costume designer Jenny Eagan creating a time and a place that is specific yet gently crafted). But JR is in heaven, loving every bit of the chaos that surrounds them every day and every night. He has found everything he has always wanted; a large noisy family gathered together for large noisy meals, all under the roof of this tender but gruff grandparents, played fantastically by Sondra James (“Joker“), in her final role, and the manically marvelous Christopher Lloyd (“Back to the Future“) who communicates his love in sharp barks and acknowledged farts. “Your grandfather is a selfish old prick who resents taking care of his family,” Dorothy states as she bats loving insults back and forth harshly, while drying the dishes with care. But the true center of this tale lies really in the hands of his Uncle Charlie, played to absolute perfection by the incredibly good Ben Affleck (“Argo“). It is under the grand and heavily accented tutelage of Uncle Charlie, and his well-crafted rules of being a man, that the young and wide-eyed JR grows up to become the handsome kind college-educated JR, beautifully portrayed by Tye Sheridan (“Mud“), who has a large caring empathic heart, with a few blind spots around romantic love and attachment.

“I have no idea how but you are going to law school.” Dorothy daydreams, for some unfathomable reason, beyond the obvious, that JR goes off specifically to Harvard or Yale, even though they all have pennies and nickles to their name, to become a lawyer. She’s attached to this idea, strongly, without discussion, although JR has a few other ideas of his own. The are mostly born out quietly while sitting at the bar drinking a soda during his long loving visits to his Uncle’s bar, The Dickens – named after the great writer. Clarlie is a philosopher, in a way, preaching his views of the world with love and compassion to his friends and customers. It is there where JR is handed a book and told to read, and not just the books that line the bar’s shelves, but all the one piled to the ceiling inside of Uncle Charlie’s closet, dusty and worn by endless study. It’s no wonder that Uncle Charlie’s aura becomes almost mythical in the eyes of JR, especially once we get a glimpse of JR’s deadbeat radio dad, symbolically referred to as “The Voice” as if he had no useful body to speak of, played solidly by Max Martini (“The Purge“). “OK, two rules“, Uncle Charlie tells the young boy. “I’m never going to let you win. And I’m always going to tell you the truth. Your father is a deadbeat.“

“Oh, here we go,” Charlie wearily says, as he watches from his comfortable chair or from behind the bar. Affleck is a marvel, finding an earthbound presence inside the character, easily and seemingly effortlessly taking ownership of the part in the casual way he wears his beaten-up jacket and cool uncle sunglasses. He champions the boy, in the same way he beautifully and believably takes control, nobly and casually, of every scene he is in, like any good bartender can and should. He gives energy to every engagement, making us feel accepted and safe, even when he appears to tired to stand up. He’s the man who is always there for JR, and we love him unconditionally for it.

Rabe is also breathtakingly magnificent in a role that could have been played so plainly she would have disappeared. But she finds her way in, infusing Dorothy with a desperate lovingness that is a revelation. The two who embody JR’s stance both find the charm needed to carry the weight of the film and the character’s struggle with neediness. We care for him in a sweet simplistic manner, never really understanding his desire to write, or what he wants to write about, but that seems beside the point. Or is it, in a way? The film is really talks about the emotional need to connect and find the road forward knowing that what lies behind has our back. The narrative isn’t the driver of that train to Yale, or in that wonderfully cool convertible, but in the emotional attachment JR finds and holds tight, internalizing his Uncle Charlie and his mother, Dorothy’s deep connection to the idea of connection and home. The look and the feel of this particular time in JR’s life are embodied authentically by all, as if we are flipping through a memoir containing family snapshots that make our heart feel seen. That ideal gives “The Tender Bar” exactly what it needs to hit home. Even if the road traveled isn’t all that compellingly dramatic, the wind in our hair makes us feel incredibly free. 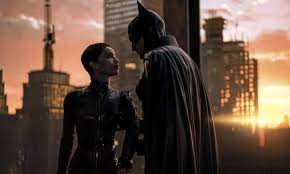 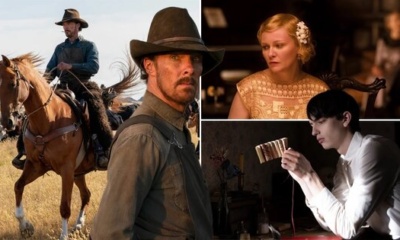 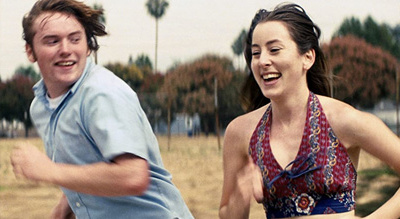 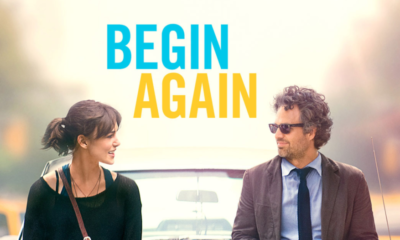 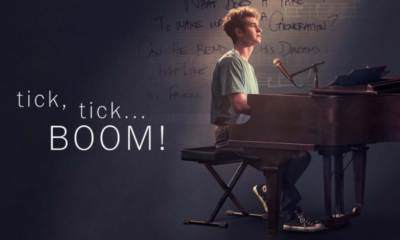 Welcome to Happiness: A Cinematic Cup of Borrowed Sugar, But Not Much More 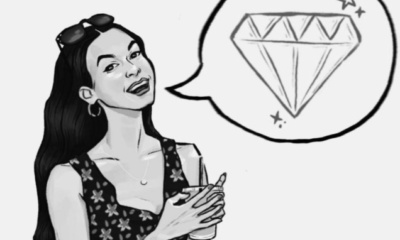