The Thin Place a Creepy Ghost Story for The Holidays 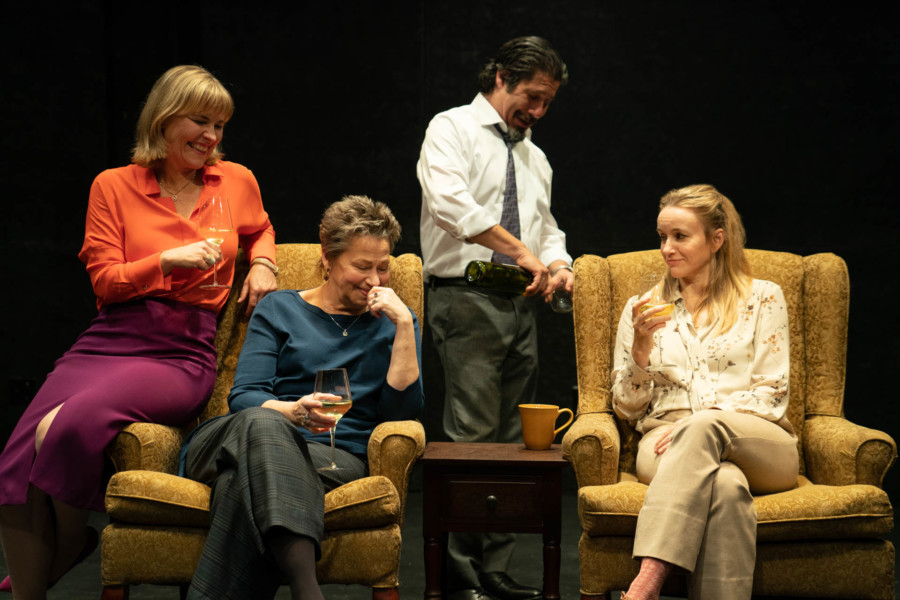 The Thin Place a Creepy Ghost Story for The Holidays

Lucas Hnath (A Doll’s House, Part 2, Hillary and Clinton) has created a spooky holiday fare with The Thin Place, which opened last night at Playwrights Horizons.

In a light filled theatre we meet Hilda (Emily Cass McDonnell) who talks matter of frankly about how she and her grandmother communicated psychically. Her mother who considered this “demonic,” banished the grandmother, who died shortly thereafter. Her mother then vanished into thin air.

At a party where Hilda’s cousin Jerry (Triney Sandoval) and friend Sylvia (Kelly McAndrew), Hilda meets a medium Linda (Randy Danson), a middle-aged Brit who had to leave her country due to a law and and an attack on the practice of psychic’s (this is actually true). Her forte is contacting the dead. Linda contacts Hilda’s grandmother, who tells Hilda that she’s not at fault.

Hilda, takes a great interest in Linda’s abilities, befriending her and seeking answers that lie across the fragile boundary between our world and the other one. She then tells the story of her mother’s disappearance, as the theater is plunged into darkness and then is lit by a single red bulb. For the most part the house lights have stayed on.

When Linda admits she has no psychic powers and relies on calculated guesswork, Hilda doesn’t take it well and kidnaps her to her mother’s house.

There is even a mind-reading trick involving an audience member.

The cast does relatively well with what they are given, but Hnath and director Les Waters fail in what they hope to achieve. Everything feels contrived and done for effect. The dialogue is so banal and overly talkie that we give up caring about what we are watching.

Maybe The Thin Place would have worked during Halloween, but during the holiday season it just seems hum bug!