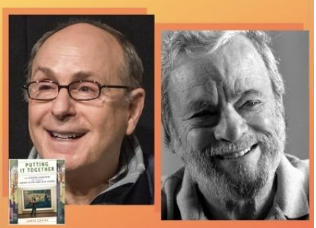 The Town Hall (www.thetownhall.org), in the heart of Times Square, has announced the conclusion of its current virtual season this July as well as unveiling its 2021-2022 centennial in-person season. From music and comedy to politics and LGBTQIA+ events, The Town Hall’s upcoming programming is as eclectic and diverse as the famed building itself.  Having played an integral part in the cultural fabric of New York City for what is going on 100 years, the mission of The Town Hall remains the same: to educate, inspire and explore. “Our upcoming in-person season as well as the conclusion of our virtual season really are as diverse as this great city,” said Artistic Director Melay Araya. “We continue to be inspired by unique voices from around the world, new collaborations, and thought-provoking storytelling that have become synonymous with The Town Hall. With programming that includes Sondheim and Lapine, Darlene Love, Judy Collins, The Chieftans, and Anita Hill, to name a few, we couldn’t be more proud and excited to welcome audiences back in-person for our 100th Anniversary.” The Town Hall presents a special digital eventAugust 3, 2021 at 7pmThe Town Hall PresentsPutting It Together: An Evening With James Lapine and Stephen Sondheim

Join Tony Award-winning playwright and director James Lapine and composer Stephen Sondheim in a special livestream digital event celebrating the release of Lapine’s book Putting It Together. In the book, Lapine tells the story of Sunday in the Park with George, the first of his collaborations with Sondheim. On August 3, the two Broadway legends will come together to discuss Putting It Together and the Pulitzer Prize-winning musical that commenced their decades-long working relationship. Special guest moderator to be announced. Ticket Prices: $45 ticket/book bundle for domestic audiences. $60 ticket/book bundle for international audiences. $25 ticket for livestream without book.The Town Hall’s 2021-2022 In-Person Centennial SeasonTickets for all events are available by visiting: www.thetownhall.org

September 28, 2021 at 8pm Believing with Anita Hill: An Evening with Anita Hill and Eddie S. Glaude Jr.
Anita Hill will take The Town Hall stage to present and reflect on her latest book Believing. Thirty years after her landmark testimony in front of the Senate Judiciary Committee committee, Hill has written a text that tells the story of gender based violence in the United States through her stories and the stories of others. A legal scholar, educator and advocate, Hill brings her specific analytical skill to create a manifesto and map forward for addressing the unrelenting history of sexual harassment and gender based violence. Scholar Dr. Eddie Glaude Jr., author of 2020’s Begin Again: James Baldwin’s America and Its Urgent Lessons for Our Own, will moderate. Ticket Prices: In person: $45, $50. Each ticket comes with a book.

December 17 at 8pm Judy Collins: Winter Stories Judy Collins is bringing WINTER STORIES to the stage at The Town Hall, NYC with special guests:  Chatham County Line, The Secret Sisters, and Lizz Wright.   Judy will reunite with Chatham County Line to perform some of their songs from their acclaimed 2019 WINTER STORIES collection which includes classics like Joni Mitchell’s “The River” and other hits.  Come celebrate the holidays with a night of storytelling, holiday music and winter classics with Ms. Collins and special guests.   Ticket Prices: $50, $65, $75, $85 VIP $150

December 18, 2021 at 8pmDarlene Love: Home For The Holidays. LOVE is in the air! Over the past few decades, rock and roll legend DarleneLovehas brought her booming voice and infectious cheer to New York with a series of concerts each holiday season. For the first time ever, Love is taking to The Town Hall stage for a ONE NIGHT ONLY performance. Don’t miss the “Queen of Christmas” in her only New York City holiday show.
Ticket Prices: $50, $70, $75, $85, VIP $100 meet and greet (LIMITED)

March 12, 2022 at 8pm The Chieftans: The Irish GoodbyePerforming their final NYC concert after a storied 57 year career, six-time Grammy Award winners The Chieftains have been highly recognized for reinventing traditional Irish music on a contemporary and International scale. Their ability to transcend musical boundaries to blend tradition with modern music has notably proven them to be one of the most renowned and revered musical groups to this day.Tickets: $42, $64.50, $74.50, $89.50

September 20, 2021 at 7pm in Bryant Park – The Town Hall celebrates their 100th anniversary withThe Town Hall: Centennial Concert with Grammy-winning musician Chris Thile and More MacArthur Fellow and Grammy Award-winning mandolinist, singer, songwriter Chris Thile, who The Guardian calls “that rare being: an all-round musician who can settle into any style, from bluegrass to classical,” and NPR calls a “genre-defying musical genius,” is a founding member of the critically acclaimed bands Punch Brothers and Nickel Creek. For four years, Thile hosted public radio favorite Live from Here with Chris Thile (formerly known as A Prairie Home Companion). With his broad outlook, Thile creates a distinctly American canon and a new musical aesthetic for performers and audiences alike, giving the listener “one joyous arc, with the linear melody and vertical harmony blurring into a single web of gossamer beauty” (New York Times). Most recently, Chris recorded Laysongs, released June 4, 2021 on Nonesuch. The Town Hall’s centennial concert in Bryant Park, hosted by Chris Thile, will pay tribute to the great artists and art forms that the hall nurtured and introduced to New York City. Known for being at the vanguard, the Town Hall held the concert hall debuts of many great artists like Marian Anderson, Isaac Stern, Billie Holiday, Glenn Gould, Leontyne Price, Nina Simone, Bob Dylan, Coretta Scott King and João Gilberto, among others. From 1935- 1956, The Town Hall hosted America’s Town Meeting of the Air, one of the first of the radio “talk shows,” a program which featured guests, scholars, and experts who discussed important issues of the day. Over its two decade run, the program’s guests included Eleanor Roosevelt, Langston Hughes, Earl Browder, Senator Joseph McCarthy, Carl Sandburg, Pearl Buck and Mary McLeod Bethune.

The event is free and open to the public and is the finale of the 2021 season of Bryant Park Picnic Performances. Advance ticket registration is no longer required and the Park opens at 5:30pm for in person attendance.