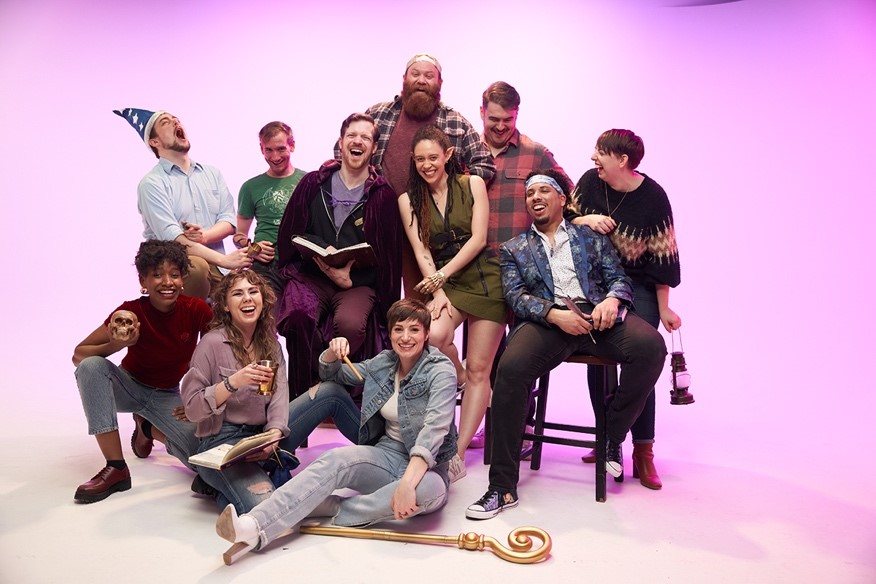 The Twenty-Sided Tavern is taking the world by storm. After Selling Out in Pittsburgh, New York and Edinburgh Fringe’s 75th Anniversary Festival, the ground-breaking and acclaimed Interactive Experience opens in Chicago. The Broadway Playhouse (Water Tower Place, 175 East Chestnut Street), welcomes this sensational hit from October 27, 2022 – January 15, 2023. Tickets are now on sale and get them fast as they sell out quick. 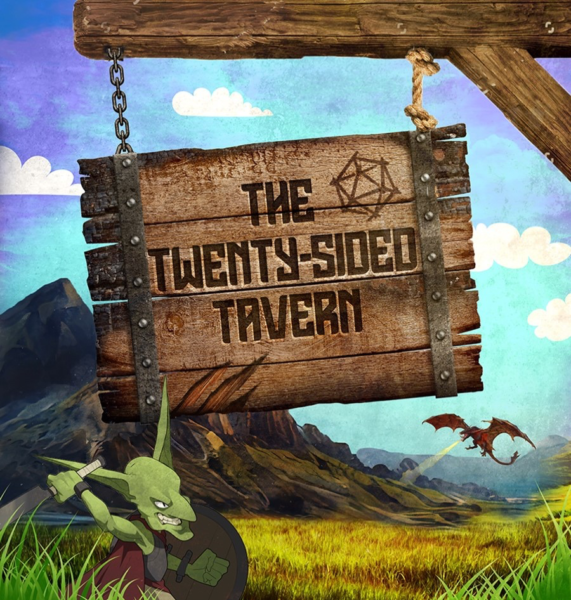 After selling out in New York (DR2 Theatre) and at the Edinburgh Festival (Pleasance Dome) Session Zero is currently in discussions with theatres and performance spaces in London, Las Vegas, and Toronto.

Pushing the margins of audience participation and advancing the opportunities of the live experience as we know it today. The show’s repeat business phenomenon kicked in with a vengeance. Audience members returned, more than once, with four to six friends in tow.

The audience comes dressed in costumes representing the Universe, the Metaverse and Hollywood blockbusters.

This quest/adventure/story has been written by David Andrew Laws.  The game design is by Sarah Davis Reynolds.  Production design is by Caite Hevner.  Props and costumes have been designed by Katie Mcgeorge.

Using Gamiotics, a ground-breaking software designed for audience interaction, The Twenty-Sided Tavern is theatre of the audience, by the audience and for the audience. During the show, the audiences make storyline choices on their phones and devices.  These real-time decisions dictate the action onstage. The nightly outcomes are countless.

Gamiotics’ web-based design means audiences need only access a website on their phone via QR code on entering the venue.  There are no apps to download, and no space taken up on phones. Easy as that. You are in The Game.

Wizards have been meddling in magics they oughtn’t. And now our heroes must explore an ever-changing labyrinth to discover what dangers make their home in Coldfire Caverns. Uncover clues, unlock items, and prepare for the ultimate adventure.

Inspired by the world created by Dungeons and Dragons, this is a High Fantasy Interactive Quest driven and controlled by Twenty-First Century gaming enthusiasts let loose in the one place that can handle them. A wildly famous entertainment space in Edinburgh.

The Players take their marching orders from the audience. These Interactive Artists of the 21st Century are at the behest of a revolution in the theatre.

Single ticket prices range from $40 to $65 with a select number of premium tickets available for all performances.  Current Broadway In Chicago subscribers can add the show on to their packages by calling 312-977-1717. Tickets are available now for groups of 10 or more by calling Broadway In Chicago Group Sales at (312) 977-1710 or emailing GroupSales@BroadwayInChicago.com.  For more details, visit www.BroadwayInChicago.com.