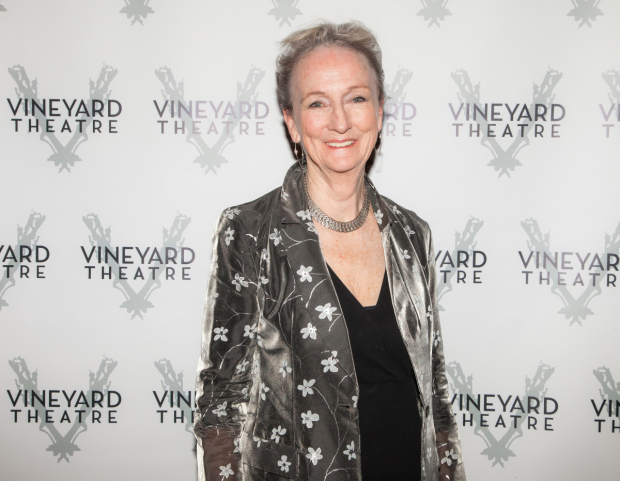 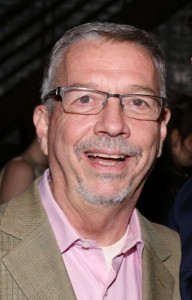 About Ms. Chalfant, Mr. Aibel says, “Kathleen Chalfant is one of those rare artists whose extraordinary gifts as an actress are matched by her remarkable humanity and service to the community.  She has been a deeply cherished member of The Vineyard family, acting memorably in Vineyard productions through the years, and serving with great distinction on The Vineyard Board of Directors. We are indebted to her for her work as a passionate advocate for our company, and just as importantly, as a beloved friend. We are thrilled to have this opportunity to honor this very special person, who has contributed so mightily to the cultural and spiritual life of our city. We can’t wait to celebrate her accomplishments!”

About Mr. Rudy, Ms. Garvey-Blackwell states, “Sam Rudy has been a vital part of Vineyard Theatre for 25 years. He is what we call a good old-fashioned press agent, a true gentleman of the theatre. Sam is respected in the New York theatre community because of his work and his smarts, but he is beloved because of his heart. We are delighted to toast our press agent and dear friend Sam for all of his contributions to The Vineyard and the theatre community at large at our annual Gala this year along with the wonderful Kathleen Chalfant.” 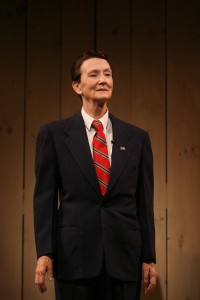 Kathleen Chalfant is Vineyard Theatre’s newly elected Board President and has entered her 20th year of Board service. She made her Vineyard premiere in the 1983 production of Brian Friel’s FAITH HEALER, later appearing in THE PARTY (based on three stories by Virginia Woolf and adapted by Ellen McLaughlin), Sybille Pearson’s TRUE HISTORY AND REAL ADVENTURES, and Jenny Schwartz’s SOMEWHERE FUN. In addition to the advocacy she has brought to this organization, The Vineyard honors Kathleen Chalfant for her contributions to the field and her generous philanthropy. 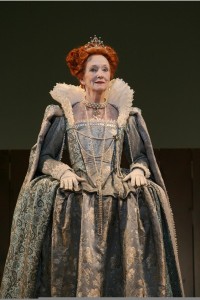 Kathleen Chalfant has appeared has appeared in numerous stage productions, most notably in Broadway’s ANGELS IN AMERICA (Tony and Drama Desk nominations); City Center ENCORES! BLOOMER GIRL; RACING; DANCE WITH ME; M. BUTTERFLY; WIT (Drama Desk, OBIE, Lucille Lortel, and Outer Critics  Circle awards); A WALK IN THE WOODS (Drama Desk nomination); TALES FROM RED VIENNA; PAINTING CHURCHES; DEADMAN’S CELL PHONE; NINE ARMENIANS (Drama Desk Nomination); HENRY V (Callaway Award); IPHIGENIA AND OTHER DAUGHTERS; SISTER MARY IGNATIUS . . .. Regional Theater: McCarter Theatre Center, Guthrie Theater, Arena Stage, Yale Rep, Berkeley Rep, Long Wharf Theatre, Hartford Stage Company, Mark Taper Forum, Actors Theatre of Louisville, Sundance Playwrights Lab, Milwaukee Repertory Theatre, Paper Mill Playhouse and others. Kathleen has been featured in many film and television productions. Most recently, she is playing recurring roles in Showtime’s “The Affair,” Netflix’s “House of Cards” and FX’s “The Strain.” Additional Awards: 1996 OBIE Award for Sustained Excellence of Performance; 1998 Connecticut Critics Circle Award for WIT; 2000 Ovation, Garland, and Los Angeles Drama Critics Circle Awards for WIT; Drama League and Sidney Kingsley Awards for body of work. Kathleen is a founding member of the Women’s Project and sits on the boards of Vineyard Theatre, Broadway Cares/Equity Fights AIDS, and the advisory board of the New York Foundation for the Arts. She was Artist-in-Residence at the Weill College of Medicine of Cornell University for 2005 – 2006, was a Beineke Fellow at the Yale School of Drama in the spring of 2006, the fall of 2008, and the fall of 2010 and was a member of the Board of Advisors of MSF/Doctors Without Borders for 5 years. She was awarded an honorary Doctorate of Humane Letters from the Cooper Union in June 2010. Kathleen has recently been part of a new initiative of BEYOND THE WIRE called The Addiction Project and read the third act of LONG DAYS JOURNEY INTO NIGHT at the Harvard Medical School with Harris Yulin and Bryce Pinkham, and THE BACCHAE with Jesse Eisenberg and Adam Driver in Hazard County Kentucky. She was Artist-in-Residence for 2011 -2012 in the Graduate Theatre Program at The New School and taught in their MFA Acting program in the spring semester of 2015. She was the narrator for The American Symphony Orchestra’s performance of Stravinsky’s OEDIPUS REX at the Bard Music Festival and for STORY/TIME #36 with Bill T. Jones. Upcoming: CLASS RANK with Bruce Dern, directed by Eric Stoltz and FOR PETER PAN ON HER 70TH BIRTHDAY by Sarah Ruhl. 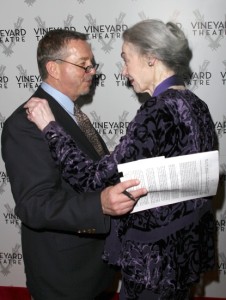 Sam Rudy has spent 35 years in New York working as a publicist for countless shows on, off and off-off Broadway. 25 of those years have been spent representing Vineyard Theatre, where he has worked with such celebrated writers as Edward Albee, John Kander, Paula Vogel and Nicky Silver, on musicals and plays including The Vineyard’s Pulitzer Prize-winning productions of THREE TALL WOMEN and HOW I LEARNED TO DRIVE, as well as AVENUE Q (Tony Award), THE SCOTTSBORO BOYS directed by Susan Stroman, THE LYONS starring Linda Lavin, [title of show], THE DYING GAUL, PTERODACTYLS and FULLY COMMITTED. Broadway productions represented include HAMILTON, Rodgers + Hammerstein’s CINDERELLA, THE LAST SHIP, BENGAL TIGER AT THE BAGHDAD ZOO, EQUUS, PASSING STRANGE and Edward Albee’s WHO’S AFRAID OF VIRGINIA WOOLF? starring Kathleen Turner and Bill Irwin, and his Tony Award-winning THE GOAT with Bill Pullman, Mercedes Ruehl and Sally Field.  He is also the proud publicist of Cherry Lane Theatre, La MaMa and Ma-Yi Theater Company.

The Vineyard’s 2015-2016 Season began with the new musical GIGANTIC which concluded its run this past week, and continues in February 2016 with the New York premiere of DOT by Colman Domingo, directed by Susan Stroman; the final main stage show of the season will be the New York premiere of INDECENT by Paula Vogel and directed by Rebecca Taichman, in association with La Jolla Playhouse and Yale Repertory Theatre. The Vineyard will close the season with a Developmental Lab production of YOU MEAN TO DO ME HARM by 2013 Paula Vogel Award winner Christopher Chen, directed by Gaye Taylor Upchurch. Vineyard Theatre’s leadership includes Artistic Directors Douglas Aibel and Sarah Stern and Executive Producer Jennifer Garvey-Blackwell.