The Visitor Lacks Rhythm and Beat 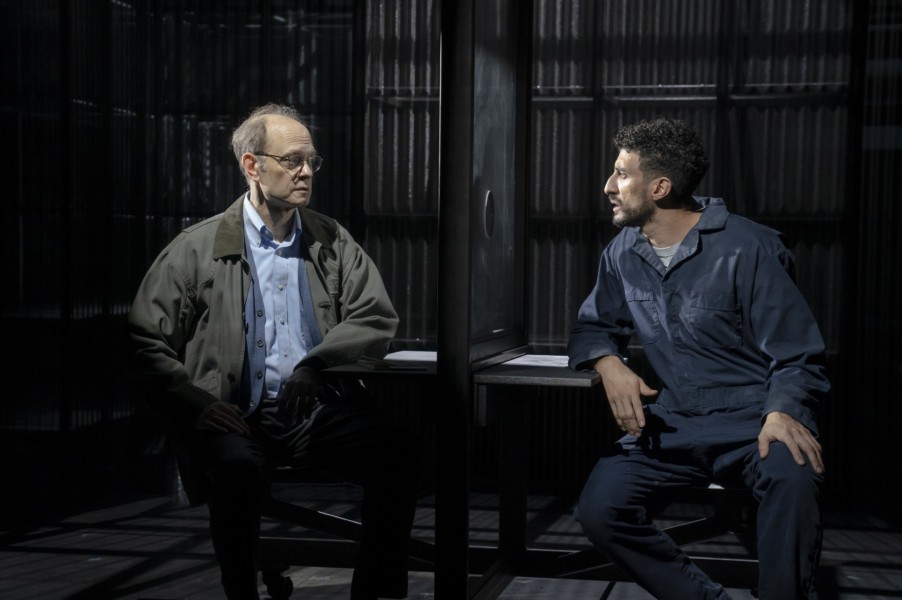 The Visitor Lacks Rhythm and Beat

Immigration right now is a hot topic, what with 4,000 migrants headed to America right now and the 1.6 million that have come just this year, sick, unvaccinated and released without a care to the people who are forced to get vaccinated. The new Tom Kitt, Brian Yorkey, and Kwame Kwei-Armah musical The Visitor, asks for sympathy, but it lacks in so many areas.

First the playbill does not reflect that Tony winner Ari’el Stachel, departed right before opening night, because of accent issues, he should have figured out 6 years ago. Ahmad Maksoud, who was Statchel’s understudy is wonderful and if there was an accent issue seriously unnoticeable.

Based on the 2007 film of the same name, a lot of the issues it presented were not in the play. The musical follows the screenplay, which focuses on Walter (David Hyde Pierce) a white older college professor, who is lonely after suffering from grief at the death of his wife. When Walter who now lives in Connecticut comes back to his apartment in New York, he is startled to find a young unmarried couple living in his apartment.

Now for the first part of disbelief. Walter is not angry or alarmed that someone had keys to his apartment and has rented it out. Instead he invites the couple; Tarek (Ahmad Maksoud) an immigrant from Syria, a djembe player, and Zainab (Alysha Deslorieux), a Senegalese designer of ethnic jewelry to stay.

Over the next few days, a friendship slowly develops. Tarek teaches Walter to play the drum, and the two men join a group of others at a regular drum circle in Central Park. When coming home from a drum session Tarek is mistakenly charged with turnstile jumping, arrested for “failing” to pay his fare, although he actually had, and is taken to a detention center for illegal immigrants. It is then Walter discovers both are illegal immigrants. In order to prevent Tarek’s deportation from the United States, Walter hires an immigration lawyer.

Tarek’s mother Mouna (Jacqueline Antaramian) shows up on Walter’s door step, knowing something is wrong. The two connect. When Tarek is deported his mother follows feeling the guilt of the past.

This encounter forces Walter to face issues relating to identity, immigration, and cross-cultural communication in post-9/11 New York City. Thanks to Tarek, Walter learns how to connect with other human beings again.

In 2021, this story turns into a white savior complex and is out of touch.

As for character development, there is none, at least for Tarek and Zainab. Ironically the best song is between these two.

Pierce, brings a sensitivity to this role, but that also is a problem, as he never really delves into who these two strangers are and thus comes off shallow and desperate.

Maksoud, shines here as Tarek. His winning smile and laid back demeanor makes us want to know more and we feel for him.

Deslorieux, brings the anger of the piece and Antaramian the soul. Both are at crossroads in a situation this country has yet to find the answers for.

Now for the heart beat of the problem of The Visitor, the name djembe comes from the saying “Anke djé, anke bé” which translates to “everyone gather together in peace” and defines the drum’s purpose. Yorkey missed the mark in the sense that the music should have been variations on an African drum beat. For the most part the songs here are lackluster and ninety minutes seems like forever under Daniel Sullivan’s direction. Lorin Latarro choreography is misplaced and clunky. What works here is David Zinn’s scenic design, Japhy Weideman lighting with David Bengali and Hana S. Kim video design, which is spectacular.

Though it is true “We must find our better angels. And our country’s stolen soul. And remember where we came from. And make what’s broken whole,” this is a problem that has not been solved in centuries let alone ninety minutes.

The Visitor: The Public Theater, 425  Lafayette  St until December 5. 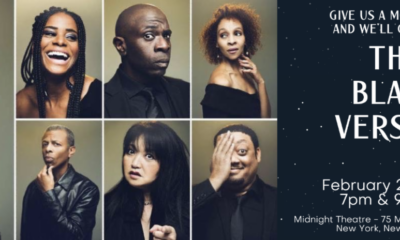 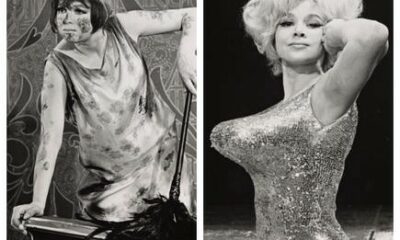 Suzanna BowlingJanuary 13, 2023
Read More
Scroll for more
Tap
She Says: Trevor a New Musical About Growing Up Different With Heart and Spirit
Gone But Not Forgotten Theatres and Theatre Companies Part 1