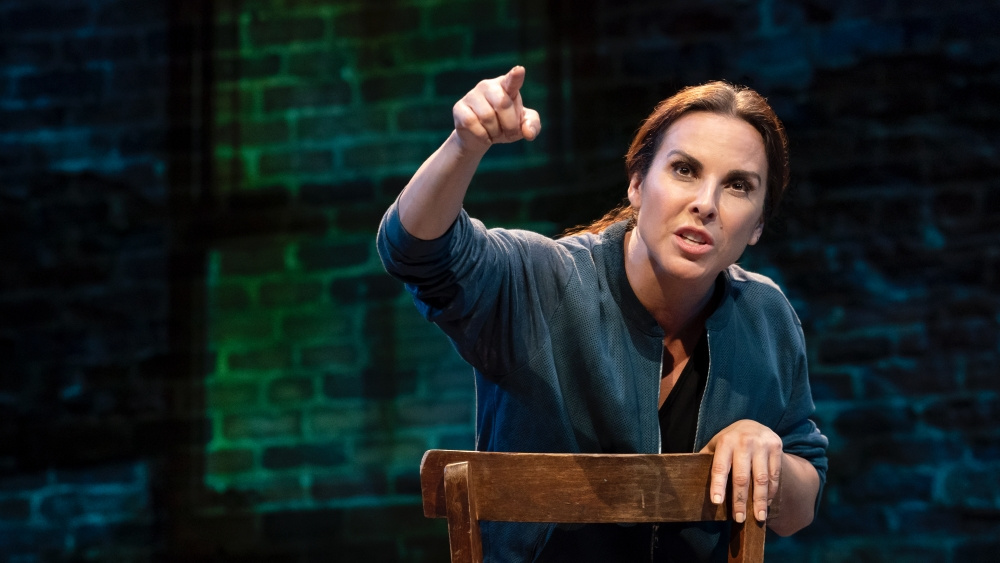 The phenomenon of the female homicides in Juárez, Mexico involves the violent deaths of hundreds of women and girls. This is a border city across the Rio Grande from El Paso, Texas. Most of the victims are young women who come from impoverished backgrounds and work in maquiladoras, as factory workers and are paid $5.50 for a 12 hour shift. These cases include rape, torture and mutilation of the victims. Approximately 370 girls and women have been murdered and at least 400 more women have been reported as missing. Half were prompted by motives like robbery and gang wars, while a little more than a third involved sexual assault. Mostly these women and girls were killed solely because they are women. And the killers involved corrupt police, men who were suppose to protect them.

In Isaac Gomez’s play “the way she spoke,” produced Off Broadway by Audible, an attempt is made to tell about these horrors, that until this play I knew very little about.

Starring Mexican film and television star Kate del Castillo, it is extremely hard to understand a lot of the way she spoke because of her accent, as well as the play lapsing into Spanish. I definitely missed some things, The audience, however who knows and loves this actress understood her just fine.

The show follows an actress helping out an unseen friend with the reading of his new play. She enters the room from another audition where she has been stereotyped yet again. The play she is there to read is a “docu-mythologia” about the “las desaparecidas” of Juarez. As she reads the contents, she breaks character to converse with the playwright, who we never see. In essence we have become the playwright. As she goes back to the text, which is performed in a mixture of English and Spanish, we meet several people. Unfortunately Ms. del Castillo is not prolific at making these people seem different, so we have to rely on the text to introduce us to the women who help the playwright meet the mothers who morn for their daughters, bus drivers who harbor guilt, the murders, the men who look on women as nothing but possessions and the people who stay silent as a way of life. Ms. del Castillo’s main role though is as the playwright who interviewed and went on this journey. This text is based on interviews Gomez conducted in real life. In the end and thorough out the play, the horrors and atrocities that happened and are still happening choke up the actress.

There are moments in the play that are so disturbing. Women who could not be identified and had their nipples bit off, turns out they are “worn around the necks of men as dog tags.” One father of a missing girl, which is done in Spanish, is offered a television set to keep him quiet. The playwrights friend and guide, Blanca, while in a corner store has him leave her alone, to show how women are treated. She is treated like nothing more than merchandise for the taking. All during the play the question is asked where is my daughter? The bigger question is why is there so much hate against women? Though a lot of the women were raped, many were not, just violently killed. What was the purpose of that? This doesn’t make sense and we need to figure this out in order to stop the rampage of violence.

This subject is important, as the treatment of women around the world is deplorable. Director Jo Bonney and Ms. del Castillo, as well of the structure of the play keep us detached. For the most part we are kept at a distance with facts, not human connection. As the names of the dead, their ages and the way they died is read, we should be angry and want to fight back. Instead the fans of Ms. del Castillo give her a standing ovation, as the rest of us left the theatre asking questions.

The fact is there is a tidal wave of violence against women. Here are some facts.