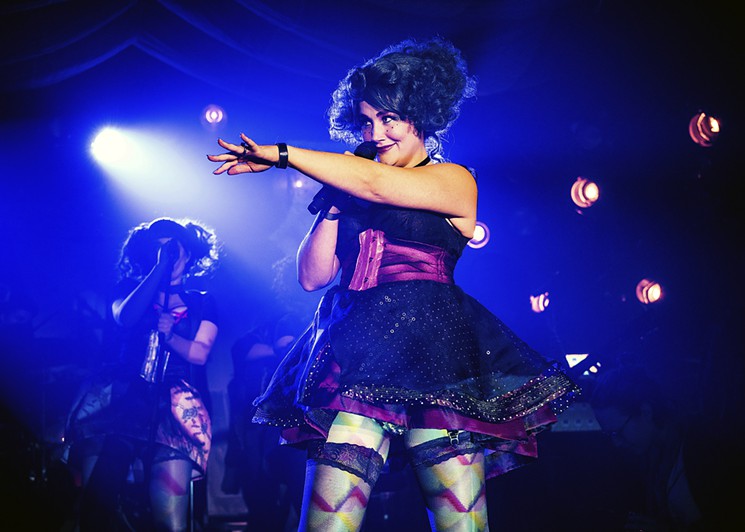 The Wildness A Happening In Theatre

The Wildness A Happening In Theatre 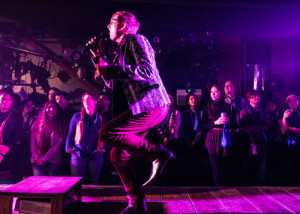 If you like concerts and theatre, do I have a show for you. Head on down to Ars Nova for Sky-Pony‘s rock fairytale The Wildness. This production is a collaboration between Ars Nova, the Play Company and the rock band Sky-Pony. This amazing book by Kyle Jarrow and Lauren Worsham (Tony nominated and Drama Desk winner for A Gentleman’s Guide to Love and Murder) and music by Jarrow is worth the trip alone. 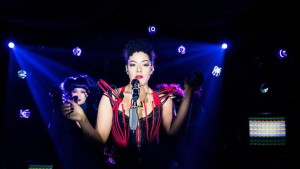 The shows premise is the band gets together for a yearly ritual called The Wildness, an exorcism of doubt and anxiety. This year the conceiver of the ritual, the director and lead actress/ actor Michael, is missing and missed The fable comes from a story Michael use to tell his sister, Lilli (Lilli Cooper), when they were both children grieving for their mother, who is dead. This rock ‘n’ roll rite of passage follows a princess, once played by Michael, now played by Lilli. Lilli seeking a cure for her village ventures with her handmaiden Zira (Worsham), into the forbidden forest, called “The Wildness.” Having been told by her father that the woods are filled with dragons, she is shocked to find an abandoned cabin filled with relics of a person only known as the Creator. They find a boom box, cassette tapes, candy and a book, which tells them they are not alone as the King has told his people. Suddenly their world is turned upside down. 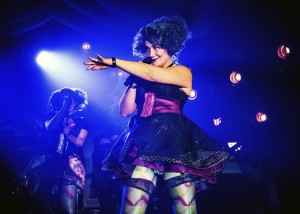 As we journey we are asked to confront our doubts and realize we are not alone. This is done by “overshare’s,” a moment in which the “brave ones” (audience participation) or performers confess their own doubts and fears as a universal “You are not alone,” is echoed.

In the finale, we learn what has happened to Michael. We hear him on tape, he sings about the courage to face the unknown, his good-bye to the world. He could not live his artist’s life spent so much in rejection.

The band and the singers are rebellious, free, passionate, talented and inspiring. Chase Brock’s choreography is a lot of fun as are the costumes by Tally Grimes. Many of them are reminiscent of Japanese anime.

The Wildness was actually created by Kyle Jarrow (book and score) and Lauren Worsham (book) and is directed with such imagination by Sam Buntrock.

Genevieve Rafter KeddySeptember 14, 2021
Read More
Scroll for more
Tap
But I cd only whisper An American Tragedy
Lupita Nyong’o Broadway Debut in The Thought Provoking Eclipsed is Not to Be Eclipsed