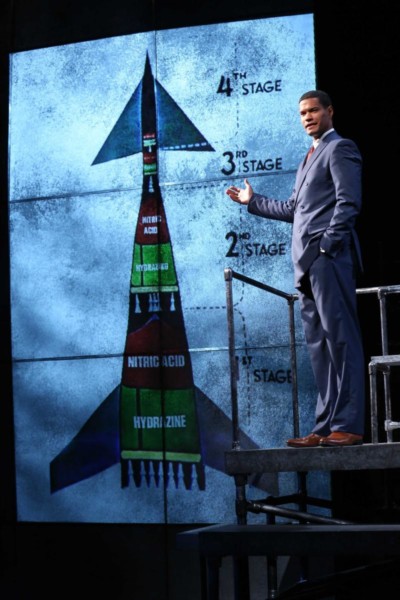 The Winning Side Exposes History

The Winning Side Exposes History

James Wallert’s The Winning Side, now playing at The Acorn Theatre on Theatre Row by the Epic Theatre Ensemble, will most certainly leave room for a lengthy conversation afterward. Wernher von Braun (Sullivan Jones) was a German (and, later, American) aerospace engineer and space architect. He was the leading figure in the development of rocket technology in Germany and the father of rocket technology and space science in the United States. He was also a Nazi. 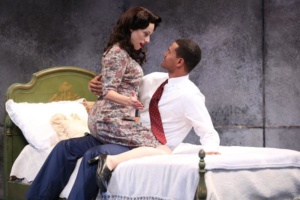 We meet von Braun (Jones) at the top of the show. He is our narrator. The play moves back and forth in time as he accepts the Langley Medal, meeting the woman (Melissa Friedman) he was in love with in Paris 1943 until he lands in America to begin a new life. The US secret weapon in the Space Race recruited by Major Taggert (Godfrey L. Simmons, Jr). We are asked constantly what is forgivable in order to be first, in order to succeed, and in order to pull off the impossible. 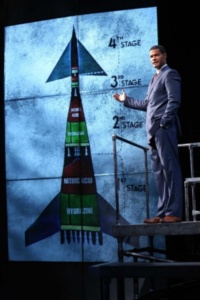 Von Braun had an ambivalent and complex relationship with the Nazi regime. He stated his membership in the party did not involve any political activity. Braun was a Major in the SS and contributed to Germany’s war effort. He claimed he knew nothing, and he only joined to become a scientist and do his work no matter the consequences or outcome of his discoveries. The concentration camp prisoners were used as slave laborers in the rocket program. More people died building the V-2 rockets than were killed by it as a weapon. Von Braun admitted visiting the plant at Mittelwerk on many occasions but claimed never to have witnessed any deaths or beatings. Some prisoners claim von Braun engaged in brutal treatment or approved of it. However, it is his role in building the rockets that took an American man to the moon.

Wallert’s play presents moral issues from both sides. Walt Disney, Lyndon Johnson, and Heinrich Himmler’s (all played by Devin E. Haqq) involvement are all touched upon.

The cast is a winning team. Jones is charismatic and winning. He makes his case. Ms. Friedman brings a passionate performance to counteract the exposition. Mr. Simmons Jr. is the perfect foe to add the dimension needed. And Mr. Haqq brings several characters to life with a turn of his body.

Ron Russell’s direction is well thought out, but it would have better if the pace was a little quicker. The set and projections by Chika Chimizu are impressive and tell you everything even before the play starts. Cat Tate Starmer’s lighting kept the mood. Diego Daniel Pardo’s dialects don’t always fit.

James Wallert’s text has a lot of narrative and needed to be trimmed just a little. 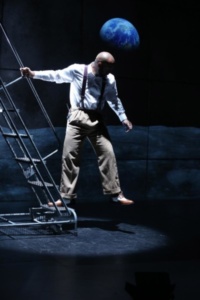 The Winning Side shows one step for mankind is still relevant and a worthy night of theatre.

The Winning Side: Epic Theatre Ensemble at The Acorn Theatre, until Oct. 28th.