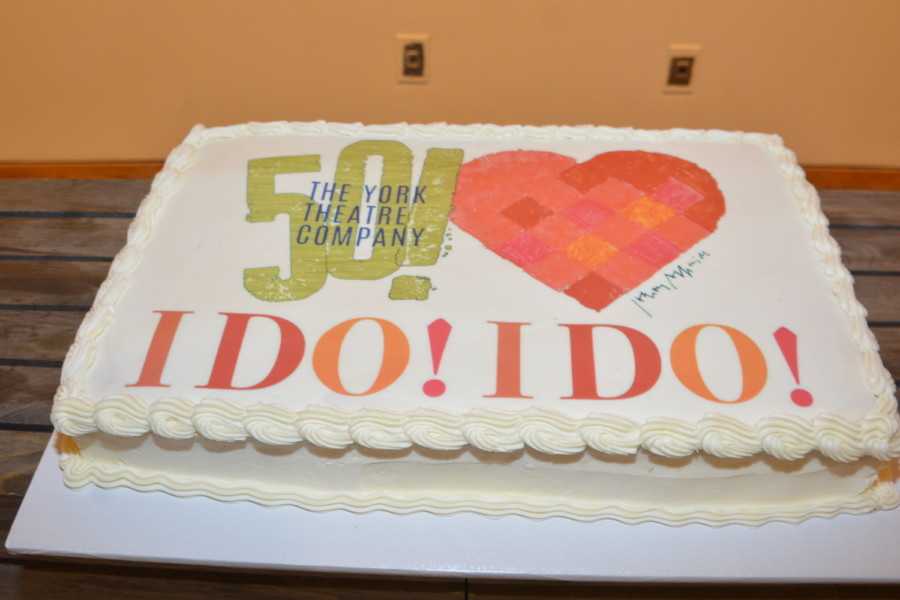 The York Theatre Company recently presented its one-night only concert version of the newly re-imagined version of the beloved Broadway hit musical I Do! I Do!, with book and lyrics by Tom Jones and music by Harvey Schmidt, based on the play The Fourposter by Jan De Hartog. York Theatre favorite David Glenn Armstrong (Roadside, Happy Hunting) directed with music direction by David Hancock Turner (York’s Desperate Measures).

The cast of five couples consists of

Lewis Cleale (The Book of Mormon )

Gerry McIntyre (Once On this Island)

Lynne Wintersteller (Closer than Ever)

and the legendary Tom Jones (The Fantasticks).

I Do! I Do! is the story of fifty years in one marriage– an intimate, moving, and hilarious musical comedy by the iconic Tom Jones and Harvey Schmidt (authors of The Fantasticks, and recipients of The York’s 2017 Oscar Hammerstein Award for Lifetime Achievement in Musical Theatre). Written as a star vehicle for theatre legends Mary Martin and Robert Preston, the original Broadway production ran more than a year and received seven Tony Award nominations, and has been produced around the country and the world in the years since.

I Do! I Do! begins with a couple on their wedding day. Their vows behind them, they look forward to spending the rest of their lives together. Set to a delightfully tuneful score (including the hit “My Cup Runneth Over”), we watch as they maneuver through wedding night jitters, raise a family, and negotiate midlife crises. This concert version, however, is this story of two soulmates as you’ve never seen it before: performed by cast that matures alongside their characters.