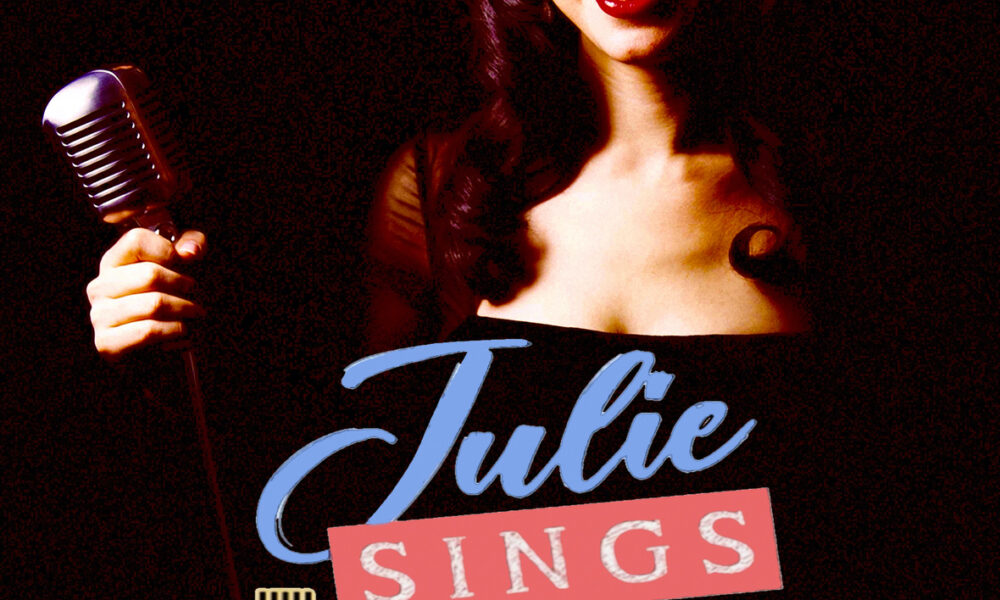 The York Theatre Company is excited to bring Julie Benko, accompanied by a band led by her musical director husband Jason Yeager, to The Theatre at St. Jeans for a ONE-NIGHT-ONLY special benefit concert. Julie Sings Jule, an evening of music by composer Jule Styne, will be presented on Monday evening, April 10, 2023, beginning at 7:30PM at The York’s temporary home, The Theatre at St. Jeans (150 East 76th Street, between Lexington and Third Avenues).

The Spring Benefit Concert is scheduled to begin at 7:30PM, followed by a special VIP seated supper and reception with Ms. Benko. VIP Tickets are priced at $500 (includes show and reception) with $200 for show only. For additional information or to make a reservation, please call the Box Office at (212) 935-5820, Tuesday–Friday 12:00PM–5:00PM, or via email at boxoffice@yorktheatre.org.

“All the mishegoss to do with Funny Girl has died down, and it’s clear that Julie Benko is an actual star. The York had her first in Bar Mitzvah Boy in 2018, and we’re absolutely kvelling that she will appear for our Spring benefit on April 10th,” said Jim Morgan, Producing Artistic Director. “Don’t miss it!”

Julie Benko is currently marching her band out on Broadway, where you can catch her as the alternate for Fanny Brice in Funny Girl every Thursday evening. She was named the 2022 Breakout Star for Theater in the New York Times, honored as one of 40 Under 40 by Crain’s New York Business, hailed by CBS Mornings as “Broadway’s breakout star,” and praised in several other national platforms extolling her performance. Other Broadway and touring credits include Fiddler on the Roof, Les Misérables, and Spring Awakening. At The York Theatre Company, Julie starred in yet another Jewish-themed Jule Styne revival: Bar Mitzvah Boy. She has appeared in leading roles in such shows as Once (Wilde Award, Best Actress in a Musical), The Fantasticks, Our Town, Rags, The Golem of Havana, …Spelling Bee, and more at such venues as Barrington Stage, TheatreWorks Silicon Valley, Weston Playhouse, and others. Her debut album Introducing Julie Benko and newest recording Hand in Hand (Club44 Records), a duo effort with her jazz-pianist spouse Jason Yeager, are now available wherever music is streaming. Julie is also a writer: Her first full-length play, The District, was named as a semifinalist at the Eugene O’Neill’s National Theater Conference, and her first short film, “The Newlywed’s Guide to Physical Intimacy,” received accolades at film festivals across the globe. She holds a BFA in Drama and an MFA in Acting from NYU’s Tisch School of the Arts. Visit her website, www.JulieBenko.com, or follow her on social media @Jujujuliebee to discover more.

The York Theatre Company is the only theatre in New York City—and one of very few in the world—dedicated to developing and fully producing new musicals and preserving neglected, notable shows from the past. For over five decades, York’s intimate, imaginative style of producing both original and classic musicals has resulted in critical acclaim and recognition from artists and audiences alike. Under the guidance of Producing Artistic Director James Morgan since 1997, The York has focused on new musicals in its Mainstage Series—most of them world, American, or New York premieres—by some of the field’s most esteemed creators and has also helped launch the careers of many talented new writers. Well over 40 cast recordings from York Theatre Company productions are now available on CD, including its acclaimed revival of Closer Than Ever (2013 Off-Broadway Alliance Award for Best Revival); commercial transfers of such York premieres as The Musical of Musicals (The Musical!), Souvenir (Tony Award Nomination for actress Judy Kaye), and Jolson & Company, and revivals of Pacific Overtures and Sweeney Todd (four Tony Nominations including Best Revival) have all showcased the importance of The York and its programs.

Recent New York premieres have included Hoagy Carmichael’s Stardust Road, Cheek to Cheek: Irving Berlin in Hollywood, A Taste of Things to Come, Marry Harry, and Rothschild & Sons. The critically acclaimed musical Yank! received its Off-Broadway debut at The York in 2010, and subsequently to rave reviews in London—as did York’s Rothschild & Sons. The hit musical Cagney received its York premiere in 2015, transferring to the Westside Theatre for over 15 months. In 2017, Desperate Measures received a total of 15 award nominations (and three wins) that included Best Musical from the Lucille Lortel, Outer Critics Circle, Drama Desk, and Off-Broadway Alliance and subsequently transferred across town to New World Stages. The York is the recipient of a special Drama Desk Award for “Developing and Producing New Musicals” and, more recently, a special Outer Critics Circle Award for “50 Years of Producing New and Classic Musicals.” Due to a flood in their home of 30 years at Saint Peter’s Church in January 2021, The York is currently producing at The Theatre at St. Jeans at 76th Street and Lexington Avenue.