The York Theatre Company’s Auction Has Some Priceless Items 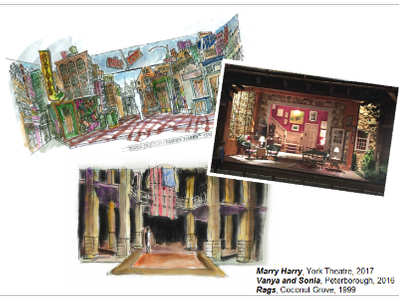 The York Theatre Company’s Auction Has Some Priceless Items

The York Theatre Company (James Morgan, Producing Artistic Director; Evans Haile, Executive Director), dedicated to the development of new musicals and rediscovery of musical gems from the past, has added new items to its 50th Anniversary “Uniquely York” Online Auction. Bidding has been extended and will now conclude Sunday evening, July 5, 2020 at 11:55PM. Bids are now being accepted online at www.biddingowl.com/Auction/home.cfm?auctionID=21187.

While the theatre is dark, The York staff has been coming up with some uniquely York items that would be fun to auction off and help The York through this “extended intermission.”

Featured items now open for bid include autographed vocal score from Closer Than Ever.

Autographed copy of sheet music from the new musical Hadestown by Anais Mitchell. This is Epic: the first page of sheet music of “Way Down Hadestown” from Hadestown, signed by Tony-winning composer and lyricist Anaïs Mitchell and performer Andre de Shields. Courtesy of Jimmy Ludwig.

Nine (2003) Maury Yeston Gift Box! A cut-glass box given as as an Opening Night gift for the Roundabout Theatre Company’s 2003 revival of Maury Yeston and Arthur Kopit’s musical Nine. Engraved with the production logo and the opening night date, April 10, 2003; inside is Mr. Yeston’s personal autograph. Courtesy of Mr. Yeston.

Sheldon Harnick has offered an additional treasure! A true piece of Broadway history, from its legendary co-writer: “Sunrise, Sunset” on two pages, handwritten and signed for The York by Sheldon Harnick himself. This beloved song from Fiddler on the Roof, with lyrics by Harnick and music by the late Jerry Bock, is a priceless piece of theatrical memorabilia ready for a place of honor on your wall. Courtesy of Mr. Harnick.

Signed. Handwritten reproduction of the first part of “To Be Human,” a new song written by Alan Menken and David Zippel especially for the stage production of Hercules at the Delacorte Theater in the summer of 2019.

The Ultimate Spamalot Fan Package! Items from the Opening Night of Spamalot on Broadway. The package includes Opening Night Playbill, Ticket Stub, Compass, can of Spam, and a DVD collection of Monty Python films. A collector’s paradise! Courtesy of Karen Mason and Jimmy Ludwig.

A rare piece of Hamilton merchandise: a special printing of Hamilton: The Reveloution with a dust jacket, distributed only to Tony voters. Still in the original shrink-wrap. Courtesy of Jimmy Ludwig.

David Shire Plays Cocktail Piano! Academy Award and two-time Grammy winning composer (and multiple Tony and Emmy nominee), David Shire (Baby, Closer Than Ever, Big, Starting Here, Starting Now, etc.) will play a set of inimitable cocktail piano, including some of his own music, at your soiree – when social gatherings are safe again, of course. You and your guests will thrill to this once-in-a-lifetime musical experience…in your own home!

A mint condition copy of the original cast LP of the 1980 Broadway production of 42nd Street. signed by the entire cast, including Tammy Grimes and Jerry Orbach! Courtesy of Randy Skinner.

Over their three-plus decades of collaboration, Tony Award-winners Lynn Ahrens and Stephen Flaherty have written a myriad of songs, occasionally for projects that never came to fruition. Here’s your exclusive chance to hear this delightful sampler of four unknown songs from their demo files, along with Ahrens and Flaherty liner notes.

To bid and for more visit www.biddingowl.com/Auction/home.cfm?auctionID=21187 to view additional items and place your bids.The York looks forward to welcoming everyone back as the theatre enters act two– the beginning of its next 50 years.