The York Theatre Gets A Little Bit Country With Desperate Measures

The York Theatre Gets A Little Bit Country With Desperate Measures

The cast and creative team Desperate Measures, meet with the press yesterday and T2C’s Magda Katz joined in the fun. With book and lyrics by Peter Kellogg (Anna Karenina) and music by David Friedman (Scandalous), music direction by David Hancock Turner (The World Will Not Contain Us), directed and choreographed by Bill Castellino (Marry Harry, Cagney) this new musical is sure to be toe tapping. The six-member cast includes Emma Degerstedt (The Little Mermaid) as Susanna/Sister Mary Jo, Gary Marachek (Camelot) as Father Morse, Lauren Molina (Rock of Ages) as Bella Rose,Conor Ryan (john and jen) as Johnny Blood, Peter Saide (Skin Tight) as Sheriff Green, and Nick Wyman (Les Misérables) as Governor von Richterhenkenpflichtgetruber. 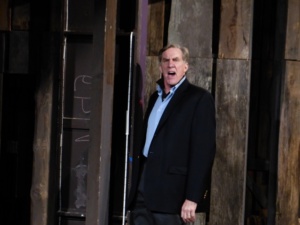 Set in 1890, in a territory out West, Johnny Blood, a hot-tempered young cowboy is sentenced to hang for killing a man in a bar fight. His sister, a novice nun in a nearby mission, is persuaded to plead with a corrupt governor to spare her brother’s life. The governor promises to pardon Johnny if his sister, the Sister, will ‘do his bidding’ for the night. Adding to the humorous complications are a hard-bitten sheriff, a voluptuous saloon girl and a priest who reads Nietzsche. 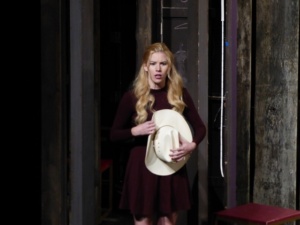 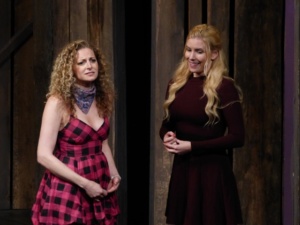