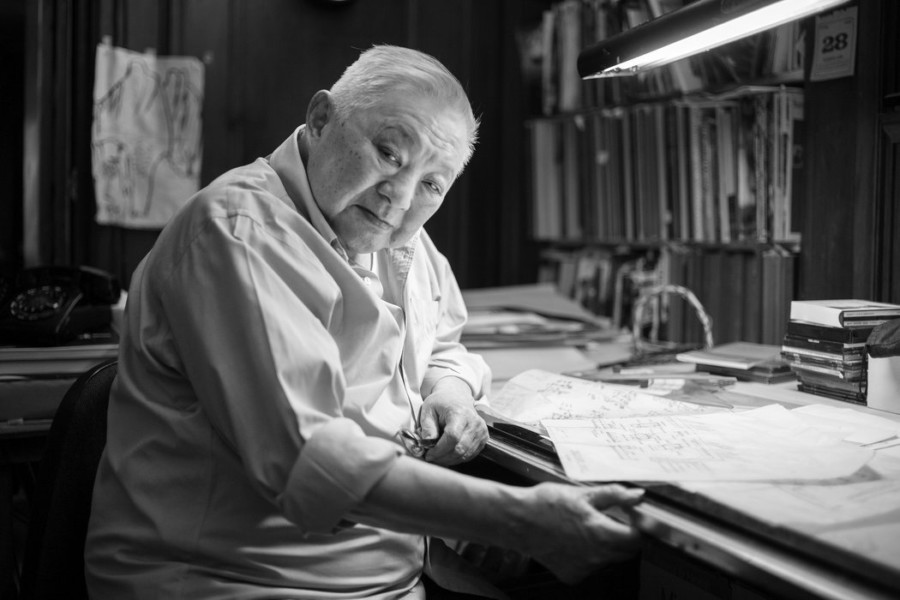 This winter a wonderful tale was told that honored the life and times of a theater legend. Down in Chinatown, nearly a thousand attendees gathered to honor the great Ming Cho Lee at a special retirement celebration.

At the event welcoming remarks were led by James Bundy, Michael Yeargan, and Emily Mann. A touching video tribute then played, which was produced by Martha New. The short documentary left the audience applauding with roaring appreciation. A stunning traditional dinner of dim sum and delights followed and was served as Katherine Lerner Lee presented her musical performance.

Ming Cho Lee is one of the most distinguished designers of his generation. His outstanding accomplishments in set design extend from Broadway and Off-Broadway to opera and regional theater across the world. Ming’s achievements as both an acclaimed designer and revered educator at Yale University are a remarkable testament to his devotion to the art of theater. 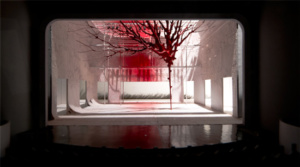 His work began on Broadway as a second assistant set designer to Jo Mielziner on The Most Happy Fella in 1956. Lee’s first Broadway play as Scenic Designer was The Moon Besieged in 1962. From there he designed the sets for over 20 Broadway shows, including Mother Courage and Her Children, King Lear, The Glass Menagerie, The Shadow Box, and For Colored Girls Who Have Considered Suicide When the Rainbow Is Enuf.

Ming’s impressions are legendary and are credited to his passion. But he also credits his wife for a level of dedication that has taken him to soaring heights. He has won the Drama Desk Award for Outstanding Set Design, a Helen Hayes Award, and in 1983 he received a Tony Award for Best Scenic Design for K2. 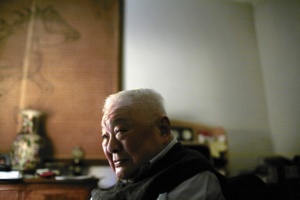 He has also designed sets for opera (including eight productions for the Metropolitan Opera and thirteen for the New York City Opera, ballet, and regional theatres such as Arena Stage, the Mark Taper Forum, and the Guthrie Theater.

Since 1969, Lee has taught at the Yale School of Drama, where he is retiring as co-chair of the Design Department.

The retirement soiree was not only a celebration of the living icon – it was also a platform for honoring the Ming Lee Scholarship, as well as the incredible work taking place by Master Teachers of American Theater. The organization seeks to recognize and preserve the work of great teaching artists who have had a major influence on American theater. The organization achieves this by producing documentaries that capture, document, and preserve these artists in the very act of practicing their profession. 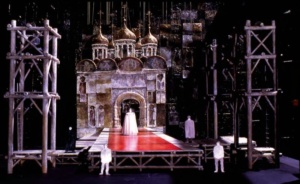 Filmed or videotaped in real time, these records enhance the historical understanding of the performing arts, demonstrating the unique qualities of American performance as interpreted and imparted by some of the most significant teaching artists in the nation’s acting pantheon. The Master Teachers of American Theater’s documentaries comprise a significant cultural legacy that is rarely recorded or preserved other than in book or anecdotal form or in still photographs. Being able to sit in on these extraordinary performers’ teaching as they teach—seeing in live interactions the distinctiveness of their approach—affords insight into their profound contributions to the American performing arts that is unavailable by any other means, and enriches culture.

Board Members include Kris Stone, John Coyne, Martha New and Chris Barreca. The goal of this not for profit 5013c is to shoot, interview, and edit the hundreds of hours of footage of these master teachers – preserving their thoughts, insights, and processes – forever. A legacy of creative thought and approach. For more information on the not for profit and their current fundraising needs please visit here.

Here is to an artistic giant and the new theater work to come in the near future.

Suzanna BowlingSeptember 19, 2021
Read More
Scroll for more
Tap
[PORTO]: A Fresh Take on the Typical Rom-Com
Encores! at 25: Hey, Look Me Over! You’ll Miss Out If You Don’t!