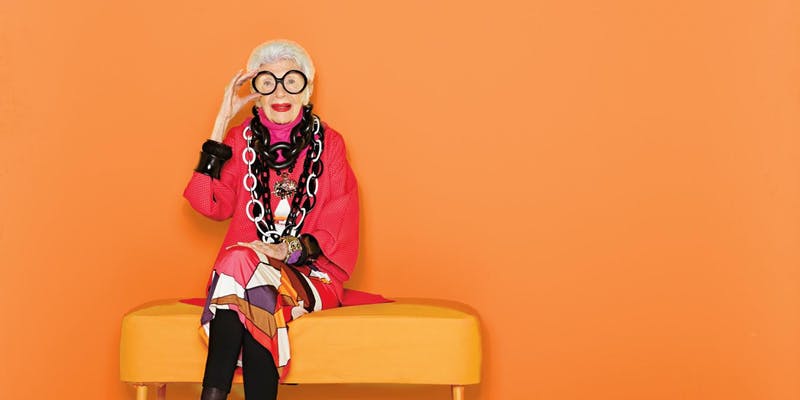 Iris Apfel, is now 98. She still works all the time, and it is very difficult for her to spend time socially. In Macy’s is a brand new store within a store called “Story”. Macys has incorporated this unique concept through all their stores. It is new, fresh, colorful and unique. Iris on Thursday November 21st, from 4:00 PM – 7:00 will be hosting a trunk show featuring rare gems from her personal jewelry collection.

Those who have purchased a piece(s) from the collection will get the rare opportunity to meet Iris and take a photo with her. Please note it is first come, first serve, so if you are the first in line, you will be the first to view the jewelry, purchase + meet Iris.

To purchase tickets to this special performance of Tina – The Tina Turner Musical. click here.

Martin McDonagh’s Hangmen, which the New York Times hailed in their “Critic’s Pick” review as a “triumphant return for Martin McDonagh,” marks McDonagh’s seventh play to be produced on Broadway and his return to the stage following his BAFTA and Golden Globe Award-winning and Oscar-nominated film Three Billboards Outside of Ebbing, Missouri.

Casting will be announced shortly.

In Dana H., Dana was a chaplain of a psych ward where she met a charismatic patient, an ex-convict searching for redemption. A harrowing true story, Dana was held captive with her life in this man’s hands — trapped in a series of Florida motels, disoriented and terrified — for five months. Told in Dana’s own words and reconstructed for the stage by her son Lucas Hnath (A Doll’s House Part 2, Hillary And Clinton), “one of the freshest playwriting voices to emerge in the past five years” (The New York Times), this innovative work shatters the boundaries of the art form and our understanding of good and evil, with the Los Angeles Times calling it “a profound contribution to the theater.”

Dana H. had its world premiere at the Kirk Douglas Theatre at Center Theatre Group, Los Angeles, in June 2019, where it received seven L.A. Stage Alliance Ovation Award nominations including Best Playwright, Best Actress, and Best Production of a Play.  The production opened at The Goodman’s Owen Theatre, Chicago, in September 2019.

Leonard Soloway’s Broadway, (www.LeonardSolowaysBroadway.com) a new documentary produced and directed by Jeff Wolk (After Louie; Last Glimmer of Day) is available for purchase on Amazon as well as on demand and digitally. The film premiered on November 4th at The Landmark on 57th Street. Leonard Soloway’s Broadway is available on the following digital platforms: iTunes, Amazon Prime Video, Google Play, Xbox, VUDU, FandangoNOW, iN Demand Movies, Verizon, Vubiquity, Dish and Telus

Leonard Soloway’s Broadway pulls back the curtain of one of the most admired and loved Broadway producers and general managers you’ve probably never heard of. Through interviews, photos and other archival material, this film is an inside look at the “business” of “show business” in a career that has spanned more than seventy years. Leonard Soloway has been involved with over 150 productions, including Waiting in the Wings with Lauren Bacall and Rosemary Harris, How to Succeed in Business Without Really Trying, Jerome Robbins’ Broadway, A Moon For the Misbegotten and Mark Twain Tonight! with Hal Holbrook. His productions collected more than 40 Tony Awards, 21 Drama Desk Awards and three Pulitzer Prizes. In addition to launching many careers from performers to craftspeople, Leonard has worked with veteran stage actors like Jason Robards and Colleen Dewhurst as well as film stars like Paul Newman whose revival of Our Town on Broadway was facilitated by Mr. Soloway.  At the age of 90, Leonard Soloway’s love for the theatre has not dimmed. As he faces the challenges of a new production, from raising money to weathering the anticipation of reviews, he is ready with a smile and a wink. Even as we witness his latest production come to a disappointing end in the course of this film, Leonard Soloway is still enamored with the “lullaby of Broadway” as he plans his next production.

Leonard Soloway’s Broadway is also a story of a gay man who never hid his identity at a time when this just wasn’t done.

Suzanna BowlingAugust 4, 2022
Read More
Scroll for more
Tap
Meet The Cast From Truffles: Music! Mushrooms! Murder!!!
The York Theatre Gala and You Are There