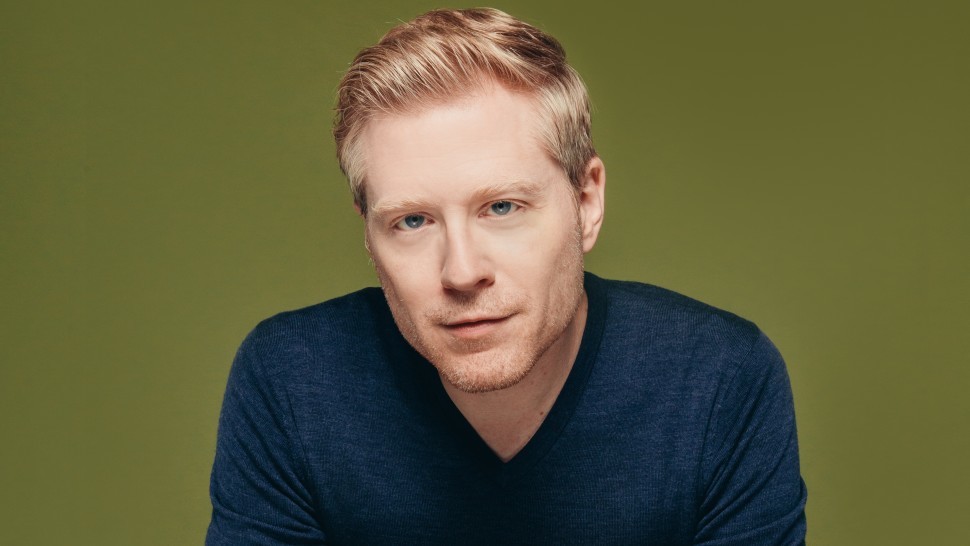 Second Stage Theater (Carole Rothman, President and Artistic Director; Khady Kamara, Executive Director) has confirmed that Patrick J. Adams, Jesse Tyler Ferguson, and Jesse Williams will return for the upcoming production of Richard Greenberg’s Tony Award-winning play, Take Me Out . Patrick J. Adams and Jesse Williams will be making their Broadway debuts in this production. Also returning are previously announced cast members Julian Cihi, Hiram Delgado, Carl Lundstedt, Ken Marks, Michael Oberholtzer, Eduardo Ramos and Tyler Lansing Weaks. The production, which had been scheduled to open in April 2020, had been postponed because of the Broadway shutdown. The role of Davey Battle remains to be cast.

Theater director Sammi Cannold (Forbes’ 30 Under 30 in Hollywood & Entertainment), Emmy Award®-winning filmmaker Dori Berinstein (ShowBusiness: The Road to Broadway), WYSIWYG Studios, CEO Kwan-Woo Park and Elizabeth Armstrong have announced the premiere of their new documentary film, The Show Must Go On, on Monday, August 9, 2021 at Broadway’s Majestic Theatre, home of The Phantom of the Opera, to benefit and celebrate the work of The Actors Fund.

The event will represent the first time the Majestic Theatre has welcomed back an audience since the shutdown on March 12, 2020.

The event, with a live audience, will also include appearances and performances to be announced. Tickets are available for purchase and all sales will benefit The Actors Fund, the national human services organization for everyone in performing arts and entertainment, in their mission to aid entertainment professionals in need.

Performances of Theatre for One, the sensational and intimate theatrical experience that brings together one actor and one audience member will be presented by Arts Brookfield at New York City’s newest dynamic destination for food, culture, retail, and hospitality Manhattan West, located at 9th Avenue between 31st and 33rd Street. After the success with Here We Are, a digital presentation as part of Brookfield Place’s online programming during the pandemic, Theatre for One returns to a fully LIVE production with a series of six newly commissioned micro-plays at Brookfield Properties’ newest location on Manhattan’s west side. The limited engagement of HERE IS FUTURE is produced by Octopus Theatricals, will play August 5-22, and as always, is open to the public and free. Visit ManhattanWestNYC.com to reserve tickets every Monday at 10am for the performances that week. Walk-in slots will be available if space allows.

Theater Breaking Through Barriers Artistic Director Nicholas Viselli announced the re-launch of TBTB Writers’ Workshop, a revised program for TBTB affiliated artists to develop new work (plays or screenplays) in a collaborative and supportive environment and facilitate that work’s exposure to a greater audience.

Over the course of a season, each playwright develops a new full-length work inspired by TBTB’s mission. The program culminates in a public reading series, where these new plays are shared with the TBTB community, the larger theater industry, and the general public.

Disability intersects with all populations in our world: Every age, race, gender and sexual orientation. TBTB strives to create a common ground for all voices and serve as an ambassador in the quest for full, systemic equality in our world.

“New work has always been an important part of TBTB’s mission and these projects are essential to the disabled community. TBTB started the Writers’ Workshop in 2003 as a way to develop new work from within our ranks.  More importantly, we wanted to give writers a chance to develop work for disabled artists and to learn how to write about/for disabled artists.  The workshops continued until 2008.  Now, 13 years later, we are once again picking them up as a way to develop new work — and new voices. We are particularly interested in providing disabled writers a safe space to create. The recent Virtual Playmakers’ Intensives were tremendous successes in showing us the diversity and depth our mission inspires with new work. I am excited to see what kind of new work our playwrights will come up with now,” said TBTB Artistic Director Nicholas Viselli.