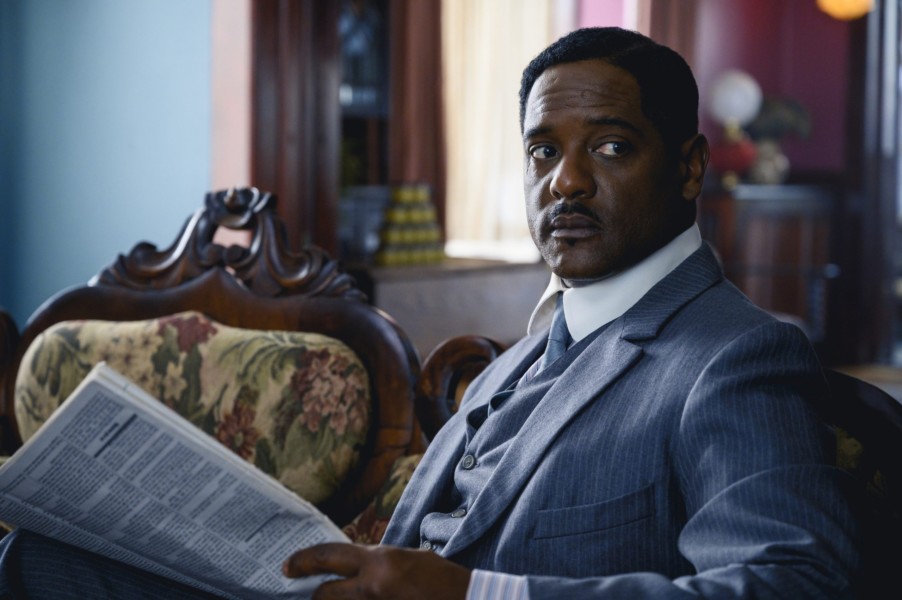 Artists Against Brutality Project is a new organization recently born in response to the current events unfolding in the United States. Co-Founder Collin L. Howard said, “As a collective made of theatre artists standing in solidarity against systemic abuse of power, it is my hope that we send a message of defiance, camaraderie and inspiration to a fractured and grieving nation.”

In response to the violence against black men, women, and children, co-founders Howard and actor Seth Diggs assembled a team of Broadway actors to perform the anthem “Till We Reach That Day” from the musical Ragtime (music by Stephen Flaherty, lyrics by Lynn Ahrens). The video of “Make Them Hear You” will be released on Friday, June 19th, 2020 to commemorate Juneteenth. Musical direction and orchestrations are by Michael Morris (Make Me A Song) and technical direction is by two-time New England Emmy® Award winner Erik Bloomquist.

The Homebound Project is pleased to announce that it will return on June 24–28 with its Third Edition performance. Tony Winner Daveed Diggs and playwright C.A. Johnson join the previously announced team of 12 actors and 11 playwrights in this independent theater initiative benefiting hungry children affected by the coronavirus pandemic. To date, the online project has raised over $73,000 for No Kid Hungry, a national campaign working to end childhood hunger. The all-volunteer team behind The Homebound Project is also pleased to announce that its fourth edition will now take place July 15–19, 2020.

The playwrights in the third edition of The Homebound Project have been given the prompt of “champions.” A complete list of participating actors, playwrights, and directors include:

Jennifer Carpenter and Thomas Sadoski in a work by John Guare, directed by Jerry Zaks

Ralph Brown in a work by Donnetta Lavinia Grays, directed by Jenna Worsham

Daveed Diggs in a work by C.A. Johnson

Diane Lane in a work by Michael R. Jackson, directed by Leigh Silverman

Paola Lázaro in a work by Gina Femia, directed by Taylor Reynolds

Joshua Leonard in a work by Mara Nelson-Greenberg, directed by Jenna Worsham

Eve Lindley in a work by Daniel Talbott, directed by Kevin Laibson

Arian Moayed in a work by Xavier Galva

Ashley Park in a work by Bess Wohl, directed by Leigh Silverman

Will Pullen in a work by Samuel D. Hunter, directed by Jenna Worsham

Phillipa Soo in a work by Clare Barron, directed by Steven Pasquale

and Blair Underwood in a work by Korde Arrington Tuttle.

BroadwayHD, the premiere streaming service for theater fans, today announced the acquisition of Repeat Attenders, a feature-length musical theater documentary from Australian independent filmmaker Mark Dooley. The documentary, which takes us inside the fascinating and unexplored world of musical theatre superfans, is now available to stream exclusively on BroadwayHD.

Filmed on Broadway, London’s West End, Bochum, Germany and Australia’s Melbourne and Brisbane over a six-year period, Repeat Attenders introduces us to some of the world’s biggest, most extreme superfans of popular theater shows such as Hamilton, Dear Evan Hansen, Cats, Rent, Les Misérables and Starlight Express. Repeat Attenderswas one of three Australian films accepted into America’s largest documentary film festival DOC NYC, and was the only documentary screening as part of the Young At Heart Film Festival.

Repeat Attenders delves into the psychology of the most extreme Broadway superfans, to reveal the quirks and complexities of their obsessions.  The documentary shines a spotlight on the fans, the shows and this growing global phenomenon of ‘repeat attending’, as it examines just how far the most extreme fans will go in pursuit of their passion – some with devastating consequences.

“The Last Diva” is Victoria Merritt, a gorgeous, soprano. Her conflicts at a major opera house during the 1990s, she her dealing with artistic and professional pressures. The creative team’s first writing retreat will take place this summer in July in Provincetown with subsequent workshops in the fall and spring that will each culminate in public presentations at the renowned Art House theatre in Provincetown, MA. Cortale, recently produced the Drama Desk and Lucille Lortel nominated Off-Broadway musical Midnight At The Never Get.

Cortale serves as producing artistic director of The Art House. He has partnered with Jonathan Murray and Harvey Reese’s Wild Oak Media for its first three commissions. New Works Provincetown began its inaugural season with Edmund Bagnell’s one man show “He Plays The Violin.” A national tour of the show and subsequent summer run at The Art House was postponed to 2021.

The original cast recording of Boca Bound is now available on all digital platforms. Boca Bound is the story of Nadine, a woman who has spent her adult life building her career and seeking fulfillment from her work. After a successful career as a copyright attorney in New York, she reaches the age of 65 and must retire from her firm. Now without work to fill her days, she finds herself struggling with loneliness. Widowed with two absent children, there is no one for Nadine to share the days with. After confiding in her lifelong friend who lives in Boca Raton, Nadine reluctantly accepts an invitation come for a visit—a truly life changing visit! Boca Bound takes us along on Nadine’s journey as she comes to grips with the truth about herself, the choices she has made, and what she must do now to find happiness!

An online streamed reading of Charles Randolph-Wright’s Cuttin Up  based on the book “Cuttin Up: Wit and Wisdom From Black Barbershops  by Craig Marberry The live  reading will be available for free viewing exclusively on Playbill.com on Sunday, June 21st (Father’s Day) at 6 pm. Prior and during the broadcast, viewers will be able to donate a suggested donation of $10.00 and all proceeds go to The Classical Theatre of Harlem.

Cuttin Up is a generational story centered around three black barbers. Although the business of the shop is to cut hair, these men offer a sacred look into the time-honored tradition of the black barbershop. Spend a day with Howard (Joe Morton), Andre (Blair Underwood), Rudy (Dyllon Burnside) and the many women that stop by the shop played by Tisha Campell. These barbers offer history, family advice, guidance, and laughs, all in a day’s work.

The Classical Theatre of Harlem (CTH) provides theatrical productions and theatre-based educational and literary programs at little or no cost to underserved communities.in Harlem and beyond. Since its founding in 1999, CTH has prioritized opportunity and access in the theatrical arts: onstage, backstage, in its administration, board and audience.  By leading with diversity, equity and inclusion as its core values, CTH attracts one of the most diverse theatre audiences in New York City.

G. H. HARDINGJanuary 30, 2023
Read More
Scroll for more
Tap
The Glorious Corner
What To Watch June 18th To Take Away The Blues