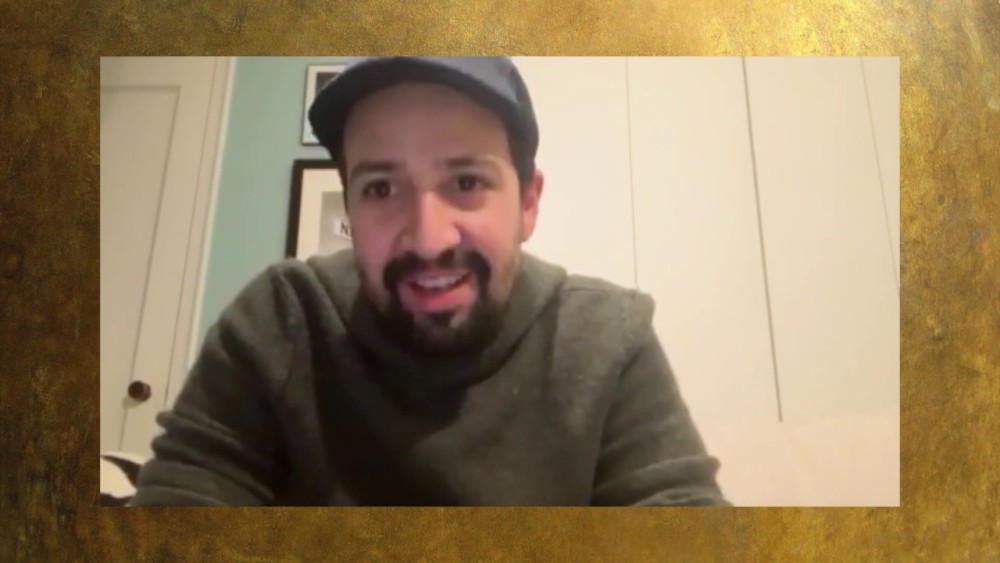 The Gilder Lehrman Institute of American History (GLI) and Hamilton today announced the launch of EduHam at Home, a free digital program for students and their families to explore the world of Hamilton and America’s founding era together – ultimately creating and performing their own narrative in the form of a song, rap, spoken word, or scene.

Students are invited to submit their creations, and selected student performances will be shared on the Hamilton app, social media, and the Gilder Lehrman Institute of American History’s website.

Students follow in Lin-Manuel Miranda’s footsteps, learning how he incorporated primary sources into the songs he wrote for the show. Recommended for — but not limited to — students 6th to 12th grade and their families nationwide, EduHam at Home provides an American history curriculum introducing students to the people, events, and documents of the founding era.

Upon registering at gilderlehrman.org/eduhamhome, participants will be able to explore, learn from, and enjoy a wealth of materials including:

“Out of everything that has come from Hamilton, I am most proud of EduHam and of the students who have created their own incredible work from primary sources,” said HAMILTON creator Lin-Manuel Miranda. “I’m thrilled that we can make HAMILTON learning a family experience, led by the students at home during this unprecedented time.”

EduHam at Home is an extension of the Hamilton Education Program and the Hamilton Education Program Online, created in 2015 by HAMILTON producer Jeffrey Seller and HAMILTON creator Lin-Manuel Miranda, the Gilder Lehrman Institute of American History, and The Rockefeller Foundation, with the goal of integrating the study of American history with the performing arts. To date, more than 160,000 students from 1,985 Title I-eligible high schools across America have participated in the program in 25 cities.

New Dramatists, Tony® Honor recipient and the nation’s premier playwright development laboratory, has cancelled its previously announced 71st Annual Spring Luncheon due to the COVID-19 emergency. The event, was to have taken place on Thursday, May 21st at the New York Marriott Marquis, was to honor Tony Award winners Tony Kushner and Jeanine Tesori with its 2020 Distinguished Achievement Award.

The Upright Citizens Brigade is planning to close its two Manhattan locations, leaving the storied improv and sketch comedy hub without its own permanent space in the city.

In an email sent to students and performers on Tuesday, founders of the 30-year-old group said that they had made the “heart wrenching” decision to close its theater in Hell’s Kitchen and the training center on Eighth Avenue. U.C.B., which has long been a launching pad for up-and-coming comedians, has been showing signs of financial strain for over a year, having laid off staff and shut down its East Village venue.

TDF (aka Theatre Development Fund), the not-for-profit organization that has been serving audiences and productions since 1968, has just launched the TDF Lifeline Campaign: Protect Today, Rebuild Tomorrow to raise $500,000 by June 30. This fundraising initiative will help TDF sustain critical operations during the theatre shutdown and into the challenging recovery period ahead.

“As an organization that relies on theatre and dance performances and the venues they perform in for our livelihood, TDF has been seriously affected by the coronavirus pandemic,” said TDF’s Executive Director Victoria Bailey. “We earn 85% of our revenue to fund our services—including our Accessibility, Education and Community Engagement programs—from the per-ticket service charge from the TKTS booths, and handling fees from our TDF membership program. We have launched this fundraising campaign to help TDF weather this difficult time as we develop new ways to work with our constituents digitally, and plan for the major work ahead when theatres reopen and need audiences. The cultural sector will play a vital role in rebuilding New York City, and TDF is committed to being there to support the effort in every way we can.”

For 52 years, TDF’s mission has been to bring the transformative power of the performing arts to everyone, including students, individuals with physical or developmental disabilities, veterans, folks with limited financial means and many others. More than two million people a year enjoy theatre, dance and music because of TDF. Unfortunately, the closure of all performance venues has eliminated TDF’s primary streams of revenue and threatens its ability to operate the programs that millions depend upon.

To donate to TDF’s Lifeline Campaign, go to: donate.tdf.org

Announcing our first-ever online Bonnet Bash Hat Contest! Enter your most elemental headwear to meet the theme “fire and ice” by Saturday, May 9.

In contemplating your own creation we invite you to explore a domain of all elements. Unlock the mystery behind all things headwear and participate as any elemental force inspired by earth, wind, fire, water, or space. Deconstruct and reconstruct the basis for all things, where opposites attract and combustion is encouraged.