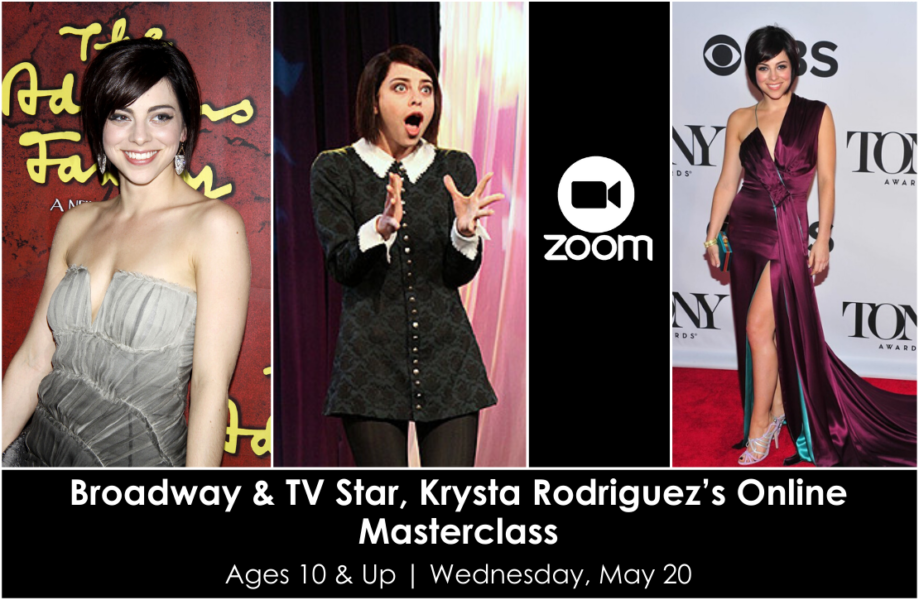 As previously announced, this year’s winners are Will Arbery for Heroes of the Fourth Turning (Best Play) and Michael R. Jackson for A Strange Loop (Best Musical). Special citations will be awarded to David Byrne and the Broadway production of American Utopia, Deirdre O’Connell for career excellence including her performance in Dana H., and the New York theatre community for perseverance in the face of loss during the COVID-19 pandemic.

Stephen Sondheim’s 90th Birthday Take Me To The World: A Sondheim 90th Birthday Celebration, a fundraiser for ASTEP (Artists Striving to End Poverty), revealed that the combined donations made throughout the event raised over $400,000 dollars!

The judges for the Next on Stage competition sponsored by Broadway Records include Lesli Margherita, Kate Rockwell, and Courtney Reed. The judges for the high school round include Jackie Burns, Arielle Jacobs, and Kyle Taylor Parker.

Ghostlight Records will release Rags – The Musical: Original London Cast Recording in digital and streaming formats on May 15.

Broadway Official Online Masterclass, aka BOOM, has tapped Broadway stars to teach digital classes and workshops to students around the world.  Founded by Dublin-based theatre director and educator Rory Hughes, BOOM is by artists, for artists, and provides students with a place to continue their studies and allow professionals the means to practice their craft in these unprecedented times.  Members pay a monthly subscription to access live-streamed and recorded classes across a variety of disciplines.  Through BOOM, the biggest stars of Broadway, West End, and TV/ Film share their knowledge with anyone interested in learning more about theater, acting, dancing, music, and more.  BOOM has also partnered with the Verdon/Fosse Estate, and has exclusive rights to bring online global access to Fosse® Legacy Masterclasses.

Founder Rory Hughes believes the platform will provide huge opportunities for both beginners and accomplished performers: “There are live classes and talks for all levels of ability. For beginners, it’s the perfect way to learn a new skill without the fear of embarrassment. For accomplished performers, it provides unparalleled opportunities to connect with your industry peers. I wanted to connect the world to Broadway and the teachers. All BOOM memberships and classes help us to donate a portion of proceeds to the two charities for out of work performers.”

For the 25th year, a handful of stars and over 100 performing arts organizations, independent artists, poets, puppeteers and film makers will join forces May 22 to 24 in the Lower East Side Festival of the Arts, available virtually on the website (www.theaterforthenewcity.net) of its presenting organization, Theater for the New City (TNC).

The event started in 1996 as a three-day, indoor and outdoor multi-arts festival intended to demonstrate the creative explosion of the Lower East Side and the area’s importance to culture and tourism for New York City. It employed two theater spaces at TNC plus the block of East Tenth Street between First and Second Avenues.  For the past 24 years, it has been organized by TNC and a coalition of civic, cultural and business leaders and presented free to an average attendance of 4,000.  This year, with obligatory separation caused by Coronavirus, it is being mounted entirely on TNC’s website, with the possibility of sharing it with the world for the first time.

There will be three days of theater and theater-related events, from Friday, May 22 to Sunday, May 24. Offerings will include both live and recorded material from artists presently residing on the Lower East Side, arts groups performing there, prominent writers and artists whose work has dealt directly with the Lower East Side experience, and plays written especially for this festival.  The distinct ethnic communities of the Lower East Side are amply represented, including the Latin American, African American, Chinese, Japanese, Indian, Irish, Italian, Jewish, Native American, Polish and Ukrainian communities.  There will be testimonials by local elected officials and activists.

Disciplines presented will include theater, music, dance, poetry, puppetry, late night cabaret, visual art, film and kids’ programming.  The complete lineup and hour-by-hour schedule will be posted on www.theaterforthenewcity.net on and after May 18.

On Saturday, May 23 at 8:00 PM, there will be a live concert of performances by David Amram, Charles Busch, F. Murray Abraham, Penny Arcade, Phoebe Legere, Austin Pendleton, William Electric Black and Reno.  Following their performances, a number of these major LES artists will do a virtual “sit around” to discuss theater, politics, COVID-19 and the human spirit.

All events will be streaming from 6:00 PM Friday, May 22 to 11:59 PM Sunday, May 24.  Attendees will be able to select disciplines and artists from the TNC website’s online timetable and index.

ElizaBeth TaylorMay 16, 2022
Read More
Scroll for more
Tap
What Do We Need to Talk About? Takes the Public Apples Online For a Zoom
Streaming the Dual Flipped Frankenstein from the National Theatre, London