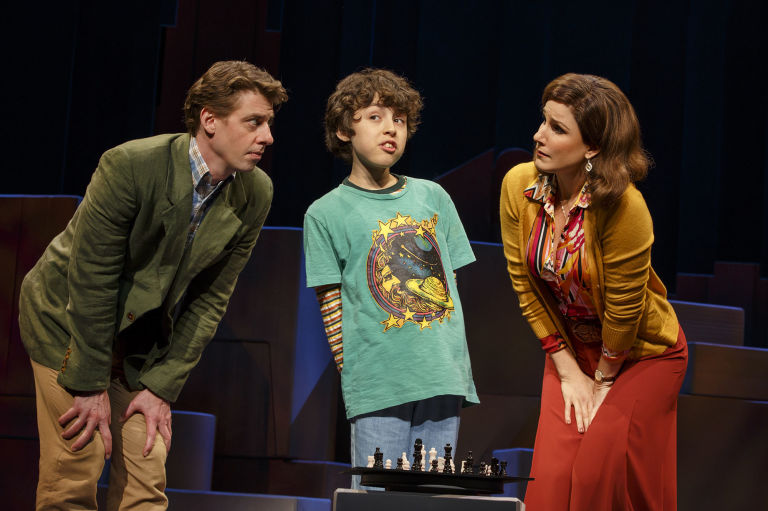 Ars Nova has announced The Ars Nova Forever Telethon, a 24 hour livestream featuring over 100 artists celebrating Ars Nova’s past and present while raising funds to propel the organization into its future. The online event will begin at 6pm EDT on June 12 and run non-stop until 6pm EDT on June 13 at https://arsnovanyc.com/telethon.

June 6 with MAX performing a love letter to New York. Called a “Young Pop God” by GQ, MAX was named a “top popstar to watch” by Billboard and was nominated for “Best New Pop Artist” at the 2019 iHeartRadio Music Awards. The Billboard top-pop star’s double platinum hit single “Lights Down Low” earned half a billion streams globally.

On June 19, SummerStage Anywhere will celebrate the 155th anniversary of Juneteenth, the nationally celebrated commemoration of the end of slavery in the United States, with a digital day of dance. Tribute performances will be presented on SummerStage’s Instagram channel culminating in a performance on SummerStage’s YouTube channel, featuring Jamel Gaines’ Creative Outlet Dance Theatre and poet Carl Hancock Rux, and a panel discussion led by Executive Artistic Director of The Billie Holiday Theatre, Dr. Indira Etwaroo.

New York Theatre Barn will host a free live stream of its New Works Series on Wednesday, June 3rd, 2020 at 7PM EDT, featuring excerpts from new musicals written by 4 musical theatre writers under 20. The 40-minute presentation will also feature the creators of the new musicals.

The concept album of 16-year-old Elise Marra’s musical Frankie! was released today from Broadway Records, featuring Tony nominee Caitlin Kinnunen in the title role. Marra will present a song from her new musical The Hippie and the Hitman performed remotely by Jeigh Madjus (Moulin Rouge!). The lives of a hippie activist and a hitman for the Irish Republican Army converge in 1975 when Ireland is divided by a civil war between the Catholics and Protestants.

The new musical The Perfect Fit has book, music and lyrics by 13-year-old writer/performer Joshua Turchin (Forbidden Broadway: The Next Generation, A Christmas Story National Tour). The Studio Recording EP of The Perfect Fit will be released by Broadway Records on June 26th featuring Laura Benanti, Nikki Renee Daniels, and more, and is the first-ever fully orchestrated remote musical concept EP to be completely recorded virtually. Turchin will present a song from the show performed remotely by Grace DeAmicis (Harry Potter and The Cursed Child). The show follows a driven child actor who is sabotaged by a vindictive stage parent who would do anything for her daughter to succeed.

Two Maiden Ladies, with book, music and lyrics by 16-year-old Abigail Greenwood, whose multiple musicals went viral on Instagram, YouTube, and TikTok. Two Maiden Ladies tells the untold true story of Charity Bryant and Sylvia Drake, who met in 1807 and lived together for the rest of their lives as a married couple. Abigail’s first musical Antonia (The Marie Antoinette Musical) was produced when she was 15 years old. Greenwood will present a song from the show performed remotely by Presley Ryan (Beetlejuice, Fun Home).

Hide and Seek, written by 18-year-old Danny Feldman, is a semi-autobiographical musical that chronicles the journey of a high school sophomore who struggles to come to terms with his newfound sexuality. As he attempts to find his true self, he learns more about living life authentically. The show has played four sold-out concert performances at Feinstein’s/54 Below. Feldman will present a song from the show performed remotely by Justin Albinder (Jersey Boys).

BroadwayHD, the premier streaming platform for live theater, is honoring Broadway’s biggest night with an award-worthy lineup of programming.  Starting June 1, Tony Award®-winning and nominated performances will be highlighted each day leading up to the originally scheduled Tony Awards® on June 7, within a special playlist that will be made available to subscribers on the site.

See below for a full line-up of what BroadwayHD subscribers can see starting June 1:

Additional performances that will be highlighted:

Since 1993, Lucky Cheng’s has been producing World-Famous Drag Shows for its adoring fans. For this year’s Pride month, a special virtual experience. Giving you a taste of our wild and irreverent shows, Lucky Live Zoom Party airs every Saturday at 7pm in June. Lucky Live Zoom Party delights its audience with a variety of drag artists, shout outs to special celebrants, audience participation contests, and an ever-flowing stream of comedy. Our delectable Queens serve the laughs and thrills right to your home! One ticket purchase $10 grants access for one authorized attendee to join the Zoom party. But that’s not all! You’ll also be entered into the raffle for a chance to win exclusive prizes. Members of the same household may wish to purchase separate tickets for more chances to win. Attendance is limited, so fetch your tickets ASAP! Buy Tickets Here