Theatre News: $49 Tickets For The Music Man, Macbeth, New Christine In Phantom, Take Me Out and Sugar Ray Robinson 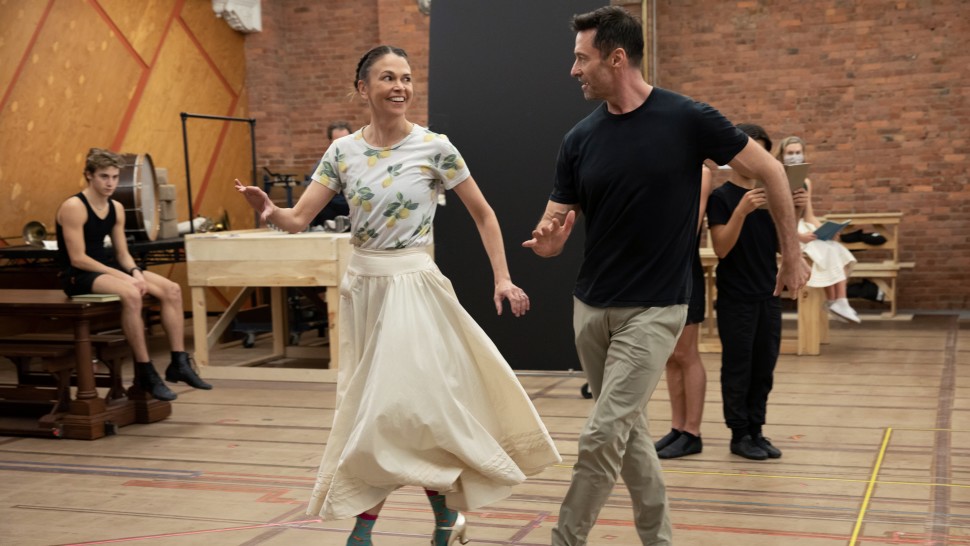 Theatre News: $49 Tickets For The Music Man, Macbeth, New Christine In Phantom, Take Me Out and Sugar Ray Robinson

The Producers announced today that in-person rush tickets will be available daily for performances of The Music Man beginning at 10:00 a.m. on Monday, December 20th, marking the highly anticipated new musical’s first performance. Rush tickets are subject to availability and will be $49 each. They will be available on a first come first serve basis when the box office opens each day. Tickets will be limited to a maximum of 2 tickets per person and may only be purchased for that day’s performance. Rush ticket policy and availability are subject to change.

A bigger theatre opened up so the star studded Macbeth, starring Daniel Craig and Ruth Negga, has moved from Lyceum Theatre to the Longacre Theatre. Ticket holders for “Macbeth” will be informed about an exchange of tickets. However, the production notes that patrons will have “comparable, if not identical” seats at the Longacre Theatre.

Macbeth will be directed by Sam Gold and produced by Barbara Broccoli, The Shubert Organization, Michael G. Wilson and Frederick Zollo. The production will play a 15-week engagement at the theater, with an opening night set for April 28.

Emilie Kouatchou made history in October as the first Black actor to play the role of Christine on Broadway when she was cast as the understudy. The role was Ms. Kouatchou’s celebrated Broadway debut. Andrew Lloyd Webber and Cameron Mackintosh announced today that Ms. Koutachou will take over the principal role of ‘Christine Daaé’ in the New York production of The Phantom of the Opera on the night that the musical celebrates its unprecedented 34th Anniversary on Wednesday evening, January 26 at 7PM. Current leading lady Meghan Picerno will play her final performance on Sunday evening, January 23 at 5PM.

Taking over as the ‘Christine’ Alternate will be Julia Udine. She joined the Broadway production in December 2014, playing the role there over 400 times.

Due to a change in the production schedule, the first preview of the Second Stage Theater production of Richard Greenberg’s Tony Award-winning play, Take Me Out , has been rescheduled for March 10, 2022. The Broadway production will officially open on April 4, 2022 at Second Stage’s Hayes Theater (240 West 44th Street).

In the Tony Award®-winning Take Me Out, playwright Richard Greenberg celebrates the personal and professional intricacies of America’s favorite pastime. When Darren Lemming (Jesse Williams), the star center fielder for the Empires, comes out of the closet, the reception off the field reveals a barrage of long-held unspoken prejudices. Facing some hostile teammates and fraught friendships, Darren is forced to contend with the challenges of being a gay person of color within the confines of a classic American institution. As the Empires struggle to rally toward a championship season, the players and their fans begin to question tradition, their loyalties, and the price of victory.

Sugar Ray Robinson was, pound for pound, the greatest boxer of all time.  In his 25-year professional career, from 1940 to 1965, he was boxing history’s first winner of five divisional championships (in the middle weight and welterweight divisions).  This “King of Harlem” was renowned for his litheness, his power and his flamboyant lifestyle outside the ring. His career peaked between 1947 and 1950, before the era of TV boxing, so his style and legacy are less preserved today than those of other boxers, including his admirer, Muhammed Ali.  That’s why Sugar Ray by playwright Laurence Holder is so significant.  It recaptures Robinson’s life and boxing legacy in a biographical solo show that is exciting to those who idolized him and illuminating to those who grew up after his era.  The play will have its theatrical premiere January 6 to 23, 2022 at Gene Frankel Theatre, 24 Bond Street, presented by 24 Bond Arts Center in association with Faith Steps Productions and performed by AUDELCO-winnner Reginald L. Wilson.  The theater’s playing area will be transformed into a boxing ring for the production.

Robinson was the most charismatic athlete of his age and one of the most graceful and handsome men of any time.  He was larger than life, idolized by millions of African American youths.  He originated the modern sports entourage, traveling with a golf pro, a barber, an Arabian midget who spoke five languages, and his signature pink Cadillac convertible.  Crowds gathered wherever he was parked.  During his first retirement, from 1952 to 1955, he pursued a career as a dancer, opening at the French Casino in NYC for $15,000 a week.  After that, showbiz was downhill for him.  Sportswriter W.C. Heinz quoted a Broadway booking agent as saying, “Robinson was a good dancer, for a fighter.  Maybe no other fighter danced as well, but the feature of his act was his change of clothes. He looked good in everything he put on.”  Nevertheless, “Sugar” was probably the first black athlete to establish himself as a celebrity outside sports.  He was a fixture of the NYC social scene in the 40’s and 50’s and his glamorous restaurant, Sugar Ray’s, was a destination for Broadway and Hollywood stars.