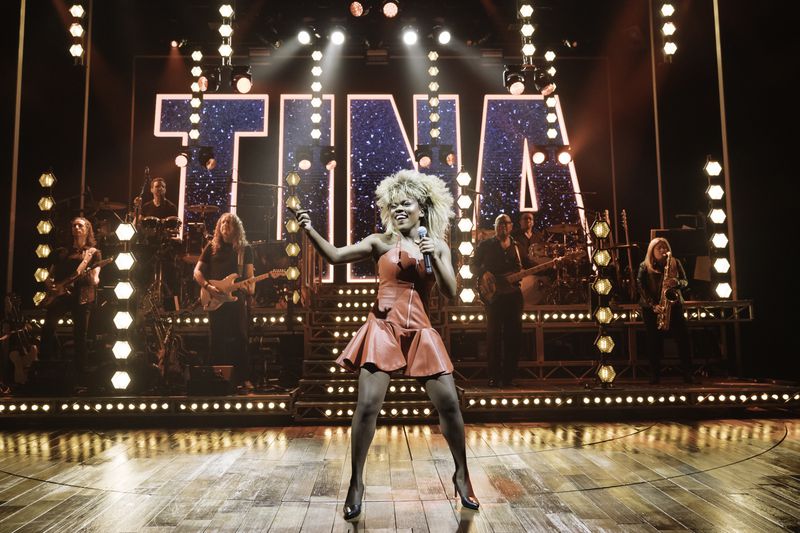 When Adrianne Warren signed back on to Tina—The Tina Turner Musical, I was surprised. Ms.Warren, now stars in Women of the Movement, had signed a one-year development deal with Aaron Kaplan’s Kapital Entertainment, which produces the civil rights movement limited series. Under the pact, Warren is to collaborate exclusively with Kapital on the development of ongoing and limited series. Then the press release cane out announcing Bronx-born Nkeki Obi-Melekwe as Ms. Warren’s replacement. Ms. Obi-Melekwe made her Broadway debut, as the alternate to Warren during certain performances in the acclaimed West End production. Warren however Warren will return to her Tony nominated and I am sure her Tony winning role for a limited engagement through October 31.

Netflix drops the Diana: The Musical trailer ahead of show’s Broadway return. The musical filmed in 2020 is set to return to the stage in November. The show originally previewed in March 2020 and will resume at the Longacre Theater on November 2nd, with an opening night is scheduled for November 17.

The story follows 19-year-old Diana Spencer and her first encounters with the royal family, as well as how she grapples with the legacy she leaves as one of the most famous women of the 20th century.

The cast of the new Broadway production of Company is proud to present a benefit concert for Darkness RISING on Monday, September 20 at 7 PM ET at Birdland Jazz Club (315 West 44th Street). Tickets are available now at www.birdlandjazz.com.

Darkness RISING is a non-profit organization composed of singers and musicians from the Black Broadway community and Black mental health providers whose purpose is to help those in both the Black community, as well as for Broadway show company members begin conversations about mental health, provide direct resources, and erase the negative stigma of mental health issues.

All ticket holders to the concert will be required to show proof of vaccination upon entry.

In Greenwich Village a generation or so ago, the city is alive. Joni Mitchell sings, friends and lovers come and go, and the regulars change at the White Horse Tavern. As 50 years pass, one woman’s life is revealed in all its complexity, mystery and possibility in this enthralling world premiere about mothers and daughters, beginnings and endings in New York City. Directing is Lila Neugebauer (The Waverly Gallery).