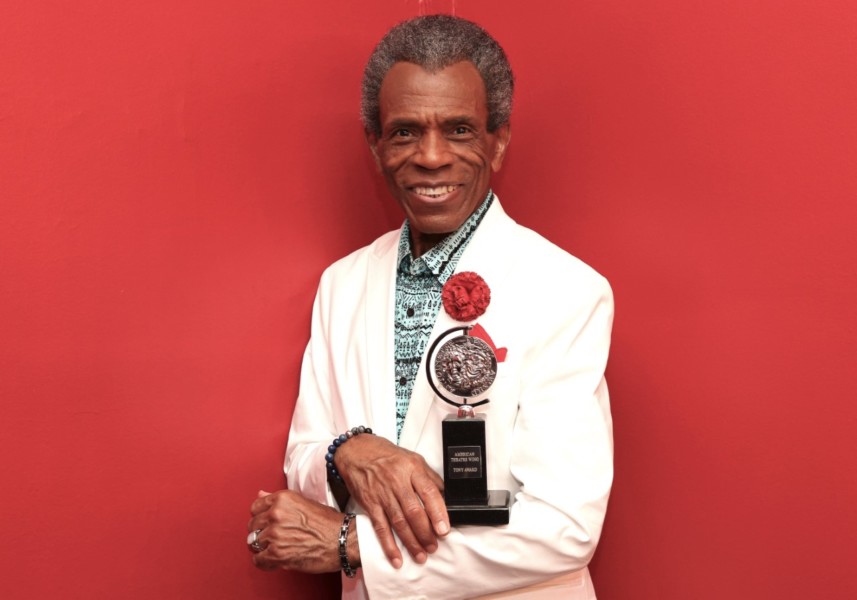 Tony, Grammy and Emmy Award winner André De Shields was given a Senate Proclamation. April 8th, 2021 is now “André De Shields Appreciation Day”. Producer Tom D’Angora wanted to honor the extensive charity work and activism, along with the public appearances, Mr. De Shields has done for the community this year.

The Broadway Vaccination pop-up site targeted at getting Broadway theater workers back on stage will up and running next Monday. Go to 47th and 7th (the former location of NFL Experience). Not only will the location help to get the industry back onstage, but it will employ 80-100 Broadway workers who have been laid off to handle administrative support tasks while clinical nurses give out the shots.

The Shuttered Venue Grant program shut down due to technical difficulties. The portal to apply for the grant program … was set to open at noon, but experienced technical issues, which prevented users from uploading documents or moving through the application process.

The portal was closed, in part, to allow for “fair and equal access.” The Small Business Administration has just over $16 billion to distribute to an estimated 30,000 or more applicants and the grants are considered based on the order in which they are received.

A new time and date for the reopening has not yet been announced. However, the SBA said it would give applicants “advance notice” of that timeline on social media, its website, through direct communication with registrants and through industry associations, such as the Broadway League.

Join Gingold Theatrical Group and an all-star company including Stephen Brown-Fried, Robert Cuccioli, Tyne Daly, George Dvorsky, Melissa Errico, Alison Fraser, Tom Hewitt, Daniel Jenkins, John-Andrew Morrison, Patrick Page, Maryann Plunkett, Tonya Pinkins, Laila Robins, Jay O. Sanders, Renee Taylor, Jon Patrick Walker, and more, for a virtual open mic! Come as you are and share what you’d like: a Shakespeare Sonnet or quote or a song based on a Sonnet! This is a birthday party! Not a fundraiser!

Will Shakespeare turns 457 on Friday, April 23. So on April 23 and 24, from 7:00 PM to 8:00 PM, members of The Drilling Company’s Shakespeare in the Parking Lot Company will mount “Happy Birthday Shakespeare-457” in the parking lot of The Clemente Soto Vélez Cultural & Educational Center, 107 Suffolk Street. An energetic, one-hour collection of outdoor performances will be offered, all free to the public, all live and limited to 50 audience members.  It’s the first free Shakespeare to be offered in NYC in the year since the quarantine.

Led by Jane Bradley and Kathleen Simmonds, core players of the company will perform great speeches, scenes, sonnets and songs from the Shakespearean Canon.

Hamilton Clancy, Artistic Director of The Drilling Company, home of Shakespeare in the Parking Lot, writes, “It’s essential to get our theater professionals back to work and to bring live theater safely back to the City. Who better to lead the way than William Shakespeare?”

Masks and temperature checks will be required and social distancing will be observed.  Participation is free but only 50 patrons will be allowed per night.  Admission is on a first-come-first-served basis and registrations are strongly recommended. To save yourself a place, reserve at:  https://happy457will.eventbrite.com.

Suzanna BowlingJune 21, 2022
Read More
Scroll for more
Tap
What to Watch in The New Year: April 10
The Glorious Corner