Theatre News: Beetlejuice is Back, New York Theatre Festival, Birthday Candles, NY Theatre Artists for Ukraine and for colored girls who have considered suicide/ when the rainbow is enuf 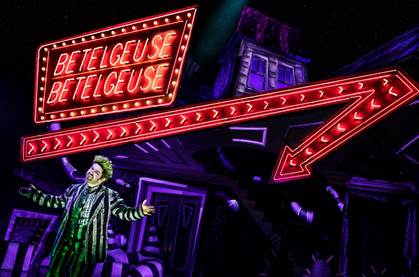 Theatre News: Beetlejuice is Back, New York Theatre Festival, Birthday Candles, NY Theatre Artists for Ukraine and for colored girls who have considered suicide/ when the rainbow is enuf

Beetlejuice comes back to life tonight, Friday, April 8, in a triumphant Broadway return to blow the roof off the Marquis Theatre (210 West 46th Street).  The Ghost-with-the-Most will launch the Beetlejuice’s digital lottery powered by Broadway Direct on Sunday, April 10th for a limited number of $45 tickets at https://lottery.broadwaydirect.com/show/beetle-ny/. 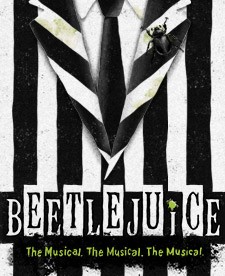 Beetlejuice’s digital lottery will be open from 9am to 3pm the day prior to the performance. Winners will be notified by email shortly after each drawing and have 60 minutes to claim and pay for tickets online. Tickets will be delivered via email the day of the performance. Seat locations and number of tickets awarded by the lottery are subject to availability. Lottery seats may be partial view. Maximum 2 tickets per entry. https://lottery.broadwaydirect.com/show/beetle-ny/

It’s showtime, folks! The ghost-with-the-most makes his Broadway return in this edgy and irreverent musical comedy based on Tim Burton’s dearly beloved film. Beetlejuice tells the story of Lydia Deetz, a strange and unusual teenager whose life changes when she meets a recently deceased couple and Beetlejuice, a demon with a thing for stripes. When Lydia calls on Beetlejuice to scare away anyone with a pulse, this double-crossing specter unleashes a (Nether)world of pandemonium, and the biggest sandworm Broadway has ever seen. 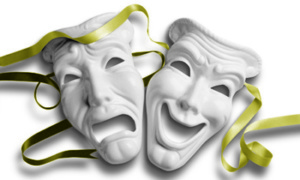 The plays and musicals must be unproduced or produced before 2017 in which case the run must include a completely new cast and crew.

Submit to be among the plays and musicals in a Festival/Competition that is wowing New Yorkers. Festival Submissions » 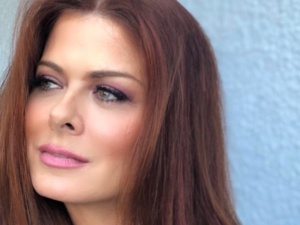 An award-winning television star, Debra Messing was last seen on Broadway in John Patrick Shanley’s play Outside Mullingar opposite Brían F. O’Byrne. Enrico Colantoni makes his Broadway debut this season; he most recently appeared in HBO Max’s “Station Eleven” and Nat Geo’s “The Hot Zone: Anthrax” and opposite Tom Hanks in “A Beautiful Day in the Neighborhood.” John Earl Jelks was last seen on Broadway in Sweat by Lynn Nottage and received a Tony Award nomination for his work in Radio Golf by August Wilson. Roundabout Theatre Company welcomes the return of Crystal Finn who has appeared in the Roundabout Underground productions of Kingdom Come and Bobbie Clearly, and Christopher Livingstonwho appeared in the Underground production of Something Clean. Susannah Flood returns to Roundabout after most recently appearing in The Cherry Orchard on Broadway. The New York Theater Community will come together for 12 hours on Saturday, April 16, 2022 from 10:00 AM to 10:00 PM for 24 online readings and conversations on www.HowlRound.com.  We will share our outrage at the bombing of the Donetsk Drama Theater Mariupol, where 300 people died while seeking shelter in a space that is sacred to all of us.

Using the words of playwrights, poets and novelists we will express and share our deep sorrow in response to this shocking and devastating tragedy.  By showing our empathy and compassion, we will let the world know that the New York Theater Community cares deeply about the victims, survivors and families of the Mariupol catastrophe and that Ukraine is on our minds.  This is not a fundraiser.  We anticipate that listeners from over 20 countries will tune in.  The national Public Broadcasting Station of Ukraine will live-stream the gathering for all Ukrainians. 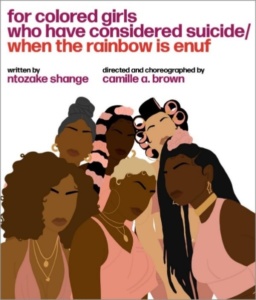 The Broadway revival of Ntozake Shange’s groundbreaking for colored girls who have considered suicide/ when the rainbow is enuf, directed and choreographed by Tony Award nominee Camille A. Brown (Once On This Island, Choir Boy, co-director and choreographer of Fire Shut Up in My Bones), has announced a special American Sign Language performance on Friday, April 15th.

American Sign Language plays a key creative role in for colored girls… as it features Alexandria Wailes (Lady in Purple), an actor and dancer who is Deaf and has been an advocate for accessibility within the theatre, film and television communities. Wailes recently served as one of the two Directors of ASL on the Academy Award-winning film, CODA. In for colored girls… Wailes melds dancing and ASL to deliver a commanding and memorable performance.

for colored girls who have considered suicide/ when the rainbow is enuf, opens on Wednesday, April 20 at the Booth Theatre (222 West 45th Street). Tickets are on sale for the 20-week limited engagement at www.telecharge.com.

The cast stars Amara Granderson as Lady in Orange, Tendayi Kuumba as Lady in Brown, Kenita R. Miller as Lady in Red, Okwui Okpokwasili as Lady in Green, Stacey Sargeant as Lady in Blue, Alexandria Wailes as Lady in Purple, and D. Woods as Lady in Yellow. Rachel Christopher, Treshelle Edmond, McKenzie Frye, Kala Ross and Alexis Sims join the company as standbys and understudies.

Suzanna BowlingJune 22, 2022
Read More
Scroll for more
Tap
Rogers & Hammerstein’s The King and I – A Classic, Well-Done
The Chinese Lady Where History Points Out How Unkind Humanity Is