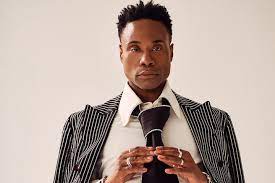 We are grateful to our community partners at Marist, Vassar and Revel 32o for helping us launch this new creative work in the Hudson Valley.

What is God? God is love! Plain and simple.Sanctuary, has a book by Billy Porter, music and lyrics by Kurt Carr. This special virtual presentation includes performances by Deborah Cox, Bryan Terrell Clark, Ledisi, and Virginia Woodruff with Broadway’s Inspirational Voices, led by incoming Artistic Director Allen René Louis. Sanctuary will be available from July 29 to August 2. Tickets will be available on a pay-what-you-can basis at www.newyorkstageandfilm.org/sanctuary.

Here is a link to the 2021 Summer season which we previously wrote about.

The 12th Jimmy Awards (aka The National High School Musical Theatre Awards) will be presented on July 15 in an entirely virtual format.

This national talent showcase celebrates high school students from across the country and features dynamic ensemble and solo performances. The program impacts more than 140,000 students who participate in high school musical theatre competitions each year, sponsored by presenters of Touring Broadway productions throughout the United States. In 2021, all coaching, rehearsals, and activities will take place online for the 70 nominees from 35 regions around the US. This will culminate with two talented students presented with a Best Performance by an Actress and Best Performance by an Actor award with a total of 20 awards and scholarships available to participants.

Red Bull Theater (Jesse Berger, Founder and Artistic Director | Jim Bredeson, Managing Director) today announced the selections for The 2021 Short New Play Festival, their eleventh annual festival of 10-minute plays of heightened language and classic themes, featuring a World Premiere from José Rivera, alongside six brand new plays that have been selected from hundreds of open submissions from playwrights across the country. This year’s winning playwrights are Constance Congdon, Rosslyn Cornejo, George LaVigne, David Lefkowitz, Abigail C. Onwunali, and Charlotte Rahn-Lee. This benefit event is the latest installment of Red Bull’s renowned annual new play festival, an initiative that has inspired the composition of more than 3,000 new plays. The theme for this year’s festival is RESTORATION. The evening will be directed by Margot Bordelon and Timothy Douglas. The Festival is produced by Nathan Winkelstein.

The 2021 Short New Play Festival will premiere LIVE on Monday, July 12th (7:30pm). A recording of that livestream will be available until 7:00 PM EDT on Friday, July 16th – then it disappears.This event is a benefit for Red Bull Theater. Tickets are “Pay What You Can.” Advance reservations are recommended. If you’re able, please consider making a donation with your reservation to support our online activity and our return to in-person programming.  The 2021 Short New Play Festival is made possible by the leadership support of The Noël Coward Foundation.