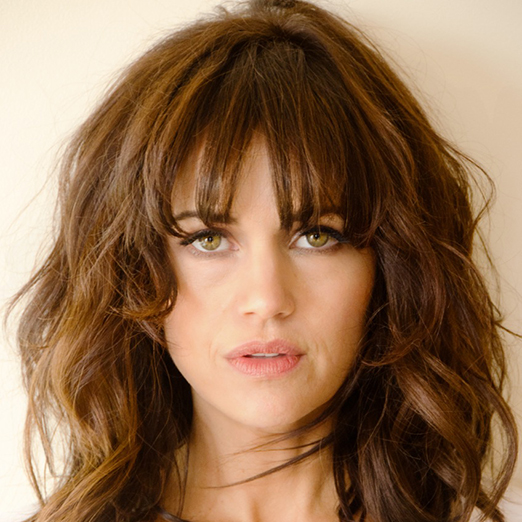 Carla Gugino returns to the stage in Alice Birch’s Anatomy of a Suicide!  Anatomy of a Suicide is the winner of the 2018 Susan Smith Blackburn Prize and is a revelatory exploration of mothers and daughters by Alice Birch (Revolt. She Said. Revolt Again.), directed by Obie Award winner Lileana Blain-Cruz(Marys Seacole). At the Atlantic Theatre Company’s Linda Gross Theater, 336 West 20th Street, February 1st though March 15th.

Hollywood came to the Prairie this week as celebs caught up at the Tony Award winning Broadway revival of “Rodgers & Hammerstein’s Oklahoma!” at the Circle In the Square.  The hit musical will end its Broadway run as scheduled on Sunday, January 19th. “How To Get Away With Murder’s” Conrad Ricamora and “Stranger Things” Gaten Matarazzo as well as Ethan Hawke posed with the cast.

Directed by Obie, Drama Desk, and Outer Critics Circle Award winner and Grammy nominee Gretchen Cryer, True Stories offers five unique solo shows staged Off-Broadway at the Cherry Lane Theatre. During each performance, discover a poignant tale of truth delivered through the words of the person who lived it. No topic is off limits, from overcoming sexual abuse to uncovering parental adultery and grappling with spiritual identity.

For nearly a decade, Gretchen Cryer has imagined a group of solo performers coming together under one roof to tell their funny, sad, sexy, shocking, and most importantly True Stories. Her dream has come to fruition.

The cast of players includes Jon Cryer ((Supergirl, Two and a Half Men, So That Happened), Linda Manning (Perfect Love), Brian Sheridan (I Was A Hot Monk), Abby Stokes (A Good Girl Doesn’t), and Steve Wruble (Escape from Daddyland).

Tickets are available at the Cherry Lane Theatre box office and online.

Dharon E. Jones, is making his Broadway debut and now will succeed actor Ben Cook in the role of ‘Riff’ in the new Broadway production of West Side Story. Cook sustained an injury on stage last Sunday evening. Mr. Jones currently performs the role of ‘Action’ in the Ivo van Hove/Anne Teresa De Keersmaeker production which is currently in previews at the Broadway Theatre. West Side Story began performances on December 10, 2019, ahead of an official opening night on February 20th. Could this show be the new Spiderman? The actors are dropping like flies.

The York Theatre Company (James Morgan, Producing Artistic Director; Evans Haile, Executive Director), as part of its 50th Anniversary season celebration, will present two special events during the month of January: A York Chat: “50 Years of The York,” first in a series of panel discussions, and a staged concert of the 1969 Broadway musical Celebration written by the legendary songwriting team Harvey Schmidt and Tom Jones. Both special events will take place at The York Theatre Company at Saint Peter’s (entrance on East 54th Street, just east of Lexington Avenue).

The first special event is York Chat: “50 Years of The York,” the first in a series of lively panel discussions about theatre, Off-Broadway, and the first fifty years of The York Theatre with author Charles Wright (currently writing a soon-to-be published history of The York), Producing Artistic Director James Morgan, director Fran Soeder (York productions of Pacific Overtures, Anyone Can Whistle, and others), founding Board member Molly Grose, and actor Robin Haynes (son of York co-founder John Newton). The evening will be hosted by York Executive Director Evans Haile. This special event promises to be entertaining and insightful, filled with stories and anecdotes about the productions, stars, and creative artists who have made The York truly a place where Musicals Come to Life! A reception with light snacks and beverages will occur immediately following the discussion for all ticket-holders. Tickets are priced at $20, $15 for York Members, $10 for York Plus! Members. ONE-NIGHT ONLY: Monday, January 13, 2020 at 6:00pm.

The second special event in January is a staged concert in a newly revised version of the 1969 Broadway musical Celebration with music by Harvey Schimdt and book and lyrics by Tom Jones. On a deserted city street in winter, a group of ragged Revelers perform a modern version of the ancient ritual battle between Winter and Summer, the Young and the Old. Inspired by Peter Brook and Joseph Chaikin’s Open Theatre, _Celebration now makes its grand return to New York at The York Theatre, fifty-one years (and five days) after its opening on Broadway. This newly rewritten version, staged in 2016 by the New Line Theatre in St. Louis, was hailed by the critics. Bawdy, touching, and full of surprises, Celebration_ is a major milestone in Jones and Schmidt’s search to find new forms for the American musical.David Glenn Armstrong (York’s recent concert of I Do! I Do!; York Muftis including Plain & Fancy) directs, with music direction by Deniz Cordell (York Mufti’s Panama Hattie and Lolita, My Love). Casting is by Carol Hanzel. An starry cast of performers will be announced shortly. Tickets are priced at $50, $45 for York Members, $40 for York Plus! Members. ONE-NIGHT ONLY: Monday, January 27, 2020 at 7:30pm.*

RossDecember 29, 2021
Read More
Scroll for more
Tap
Public Theater Flies in Under the Radar a Solid Constellations – Asking Us to Look Deep Inside the Details of Engagement
Elaine May and Frank Langella Off Broadway For A. R. Gurney’s Love Letters