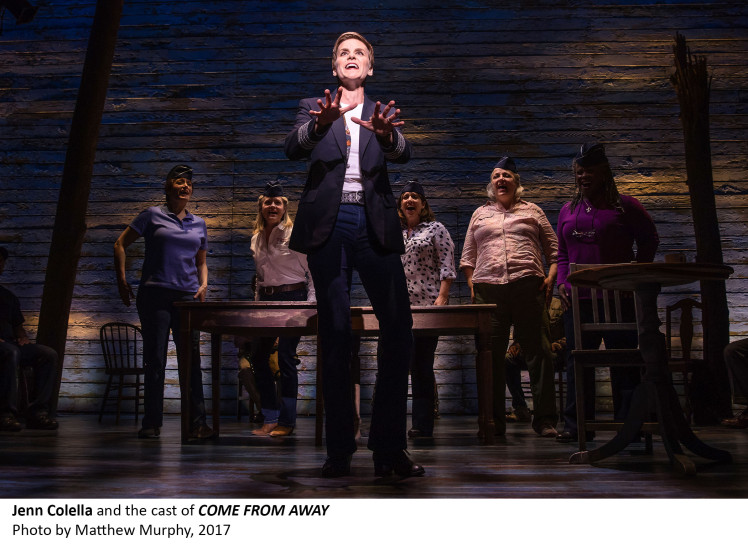 Come From Away is soon the become a live filmed version, thanks to eOne and RadicalMedia. The show will be filmed live May 2021, at the Gerald Schoenfeld Theatre and released in September of 2021.

Come From Away tells the triumphant story about the power of humanity in the face of incredible darkness,” Nick Meyer, eOne’s president, film, said. “Now more than ever, we are eager to be able to create meaningful and uplifting content and are excited to partner with this outstanding creative team to share the story with audiences everywhere.”

Prior to the watch party, fans can share their excitement by using the official Rodgers & Hammerstein’s Cinderella AR filter on Instagram here.

Rodgers & Hammerstein’s Cinderella premiered November 2, 1997 to 60 million viewers as a program for “The Wonderful World of Disney” series on ABC.

Stock and amateur rights for Rodgers & Hammerstein’s Cinderella are represented by Concord Theatricals.

NY PopsUp, is an unprecedented and expansive festival featuring hundreds of pop-up performances (many of which are free of charge and all open to the public) announced Governor Andrew M. Cuomo. Producers Scott Rudin and Jane Rosenthal, in coordination with the New York State Council on the Arts (NYSCA) and Empire State Development (ESD) created this Festival that will serve as a “pilot program,” for how to bring live performance back after this prolonged COVID-related shutdown. Curated by the interdisciplinary artist Zack Winokur, in partnership with a hand-selected council of artistic advisors who represent the diversity of New York’s dynamic performing arts scene and artistic communities. NY PopsUp will launch Saturday, February 20 and run through Labor Day. The Festival will reach its climax with the 20th Anniversary of the Tribeca Film Festival and The Festival at Little Island at Pier 55, bringing the total number of performances to more than 1,000. NY PopsUp is being coordinated in lock step with state public health officials and will strictly adhere to Department of Health (DOH) COVID-19 protocols.

The events are produced by NY PopsUp, in addition to being free of charge, they will be staged across every neighborhood and district in all five boroughs and throughout upstate and into Western New York. PopsUp will make stages out of New York’s existing landscapes, including iconic transit stations, parks, subway platforms, museums, skate parks, street corners, fire escapes, parking lots, storefronts, and upstate venues. Examples of these venues would include The SHED, The Apollo, Harlem Stage, La MaMa, and The Glimmerglass Festival’s Alice Busch Opera Theater. All indoor events will strictly follow Department of Health public health and safety guidance. Instead of there being masses of audience members at a handful of events, this Festival is a mass of events, each for a safe and secure ‘handful’ of audience members.

More details about NY PopsUp will be announced soon. Please note that, given the impromptu nature and surprise element of the pop-up format, not all performances will be announced in advance. Please follow @NYPopsUp on Twitter and Instagram for the latest.