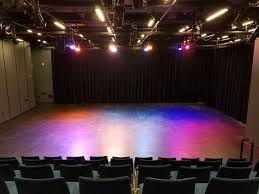 12 small independent NYC theater owners pushing for a reopening date have been assigned their day in court. On Thursday, November 12, Attorney Jim Mermigis and a group of 12 Off Broadway theaters and comedy club owners will argue that by allowing small venues with enhanced air filtration systems to open at 25% capacity, countless artists and theater professionals will be able to go back to work – enabling venues to earn revenue, so they can begin paying rent to landlords also hit hard by the pandemic – a move they say will also provide customers for the thousands of retail stores, restaurants and garages that surround their venues.

Brooklyn Academy of Music (BAM) presents Pulitzer Prize-winning journalist Isabel Wilkerson in conversation with Pulitzer Prize-winning playwright Lynn Nottage on Tuesday, November 10 at 10am (EST). In this free, livestream event, the influential writers take as their starting point Wilkerson’s recently released, acclaimed book Caste: The Origins of Our Discontent. The immersive narrative draws parallels between the caste systems of America, India, and Nazi Germany and outlines a revolutionary framework for understanding how caste plays out across civilizations, both historically and today. Using riveting stories from the lives of Martin Luther King Jr., baseball’s Satchel Paige, an ordinary single father and his toddler son, and many others, Wilkerson shows how the insidious undertow of caste is experienced by each of us every day. Beautifully written and wholly original, Caste: The Origins of Our Discontents is an eye-opening story of people and history, and a re-examination of what lies under the surface of ordinary lives in America today. Tue, Nov 10 at 10am EST, Free. Livestream on YouTube. Visit bam.org to RSVP and for more information.

Conflict will now be available online through November 8th, at Mint’s virtual theater, MintTheater.org. “Mint is proud to have our artists back on payroll while offering audiences an opportunity to experience great plays and productions from the safety and comfort of your own home. We are gratified to know that we are providing a lift to out-of-work actors while sharing the Mint experience with old and new friends from around the world,” said Mr. Bank.

The League of Professional Theatre Women (Shellen Lubin and Mary Hodges, Co-Presidents), an organization which has been championing women in the professional theatre for over three decades, will present an Oral HistoryProject event with the award-winning composer, lyricist, playwright, and actress Micki Grant on Monday, November 16 at 6pm on Zoom. Admission to the event is FREE. Please RSVP HERE. The interview with Ms. Grant has been prerecorded, and will be followed by a live Q&A.

The Oral History Project is an ongoing program of the League of Professional Theatre Women, which chronicles and documents the contributions of significant theatre women in all fields. Founded and produced for 26 years by the late Betty Corwin, the Oral History Project is currently produced for the League by Ludovica Villar-Hauser. For the first installment of the Oral History Project’s 2020-2021 season, composer, lyricist, playwright, and performer Micki Grant will talk about her prolific and multi-faceted career with performer, playwright, and producer Richarda Abrams, three-time winner of the AUDELCO Award.
The League of Professional Theatre Women’s Oral HistoryProject has previously featured interviews with such notables as Billie Allen, Kia Corthron, Tyne Daly, Carmen DeLavallade, Christine Ebersole, Angela Lansbury, Baayork Lee, Laura Linney, Patti LuPone, Frances McDormand, Bebe Neuwirth, Chita Rivera, Daryl Roth, Mercedes Ruehl, Paula Vogel, Lynn Nottage, and many other theatrical legends. Annually, the legacies of three theatre women are preserved through the Oral History Project, in which a theatre woman luminary is interviewed by the interviewer of their choice and they discuss their life and career before a live audience. The tapes are then housed in The New York Public Library’s Theatre on Film and Tape Archive.

A premiere reading of The Courage to Right A Woman’s Wrongs (Valor, Agravio y Mujer)by Ana Caro, presented in association with Diversifying the Classics | UCLA, on Monday, November 16th at 7:30 PM EDT.

One of the Spanish Golden Age’s most accomplished female playwrights, Ana Caro presents a witty critique of society through the story of Leonor, a woman who sets out to find her one-time lover (Don Juan, naturally) and bring him to justice. The Courage to Right a Woman’s Wrongs is a comedy of wild intrigue and lively ingenuity in which Leonor crosses geographical boundaries and defies social expectations of gender in order to bring her fickle lover to justice and restore her lost honor.

“All of us at Red Bull are thrilled to share a play by the remarkable and unjustly obscure Spanish Golden Age female playwright: Ana Caro,” said Artistic Director Berger. “

Dressed as the dashing Leonardo, Leonor travels from Seville to Brussels, where she finds Juan and initiates her shrewd plan for revenge. What follows is a hilarious feat of masterful maneuvering, replete with cross-dressing and unexpected twists, in which she repeatedly outwits the men around her. And while the thrill of Leonor’s efforts to seek redress culminates with the expected restoration of her honor and marriage to Juan, the questions raised by her demands for justice make the play anything but conventional. Through this stirring tale of a woman’s courage to right the wrongs she has suffered, the play holds up to scrutiny contemporary notions of masculine honor and offers in their place a vision that opens up space for women and their agency.

This event will premiere LIVE at 7:30 PM EDT on Monday, November 16th. A recording of the livestream will be available until 7:00 PM EDT on Friday, November 20 – then it disappears. This is a FREE event, but advance reservations are recommended.

G. H. HARDINGJune 29, 2022
Read More
Scroll for more
Tap
What To Watch November 1st To Take Away The Blues
Music News: Lala, Andrew Lloyd Webber’s Cinderella: The Musical, I Put A Spell On You and If The Fates Allow: A Hadestown Holiday Album,