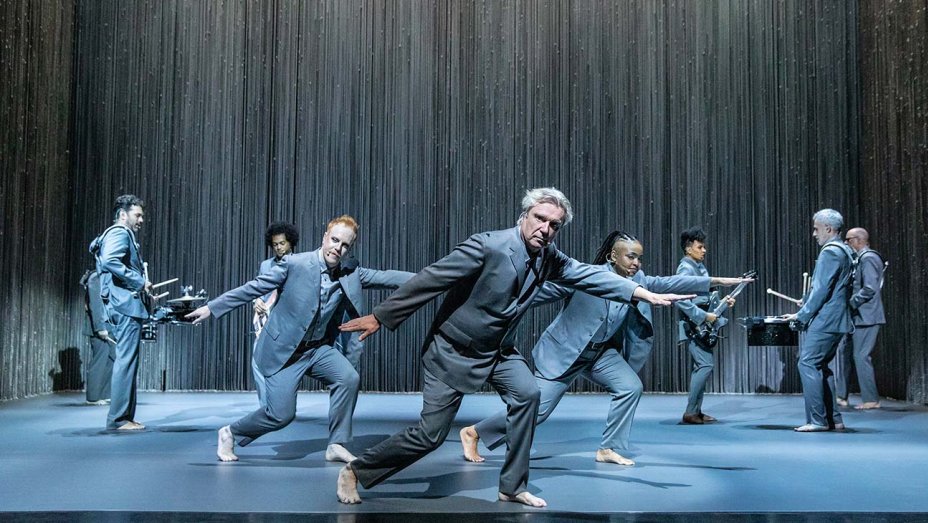 David Byrne’s American Utopia is headed back to Broadway. Beginning September 18, the show will return to the Hudson Theatre for just 17 weeks, through January 17, 2021.

Lynn Cohen was always there at the signing of the poster for the Drama League. I could always count on to see Lynn and her husband, the actor and writer Ronald Cohen. She was a generous, talented actress who became recognized due to her roles in “Sex and the City” and “The Hunger Games”. Valentine’s Day became a little sadder when she passed away in her Upper West Side apartment at 86. She appeared on Broadway and off and in 121 movies and TV including The Marvelous Mrs. Maisel, Blue Bloods, Nurse Jackie and ten years as Judge Elizabeth Mizener in Law and Order.

Janet Dacal released her debut solo album My Standards on CD online and in stores. It was released in digital and streaming formats last week. A collection of Dacal’s favorite standards with a Cuban-American flair, the album features special guests vocalists Olivia C. Dacal and Javier Muñoz. A veteran of Broadway’s In the Heights and Wonderland, Dacal is currently starring in the national tour of the Tony Award-winning “Best Musical” The Band’s Visit. To purchase, stream or download My Standards, please visitghostlightrecords.lnk.to/janet-dacal-my-standards

“This album honors my parents and the rich inheritance of their culture,” she continues. “It honors my very first music teachers, both Cuban and American. It honors all of the musical masters that came before me. Mostly, this album is for you… music. Thank you for saving me time and time again and for outliving us all.”

Ghostlight Records and Warner Records have announced that Beetlejuice – Original Broadway Cast Recording has surpassed 200 million streams in the United States and 350 million streams globally. These landmark numbers continue the remarkable success of the album, reaching the list of top 10 most streamed OBCRs of the previous decade, in addition to being the highest-streamed Broadway album of the 2018-2019 season. Beetlejuice hit 100 million streams this past November 5, doubling in just 14 weeks. The show’s songs have placed in Spotify’s “Viral 50” charts in 13 different countries.

Beetlejuice is currently available through all streaming partners, on CD and on vinyl as a two-LP picture disc set. The show was nominated for eight 2019 Tony Awards, including “Best Musical,” “Best Original Score,” and “Best Book of a Musical.” To download or stream the album, or order the CD or LP set, please visit ghostlightrecords.lnk.to/beetlejuice

In addition, “Say My Name,” one of the show’s breakout showstoppers, was chosen as Amazon’s “Alexa Song of the Day” last year. The incredible growth is partly a result of user-generated content on TikTok, where songs from the album have been used in over one million videos.

Ms. Halston’s motivation for participating in Broadway Belts for PFF is very personal as her husband, New York newscaster Ralph Howard, was diagnosed with pulmonary fibrosis and received a life-extending lung transplant. Mr. Howard, a generous volunteer to both the PFF and many other organizations and lover of all things New York, succumbed to complications from the disease in August 2018.

Suzanna BowlingJanuary 24, 2023
Read More
Scroll for more
Tap
Louis Rosen I Don’t Know Anything: An Album in Three Acts Brings Back Music That Says So Much
Jamie DeRoy and Friends Raises Money For The Actors Fund