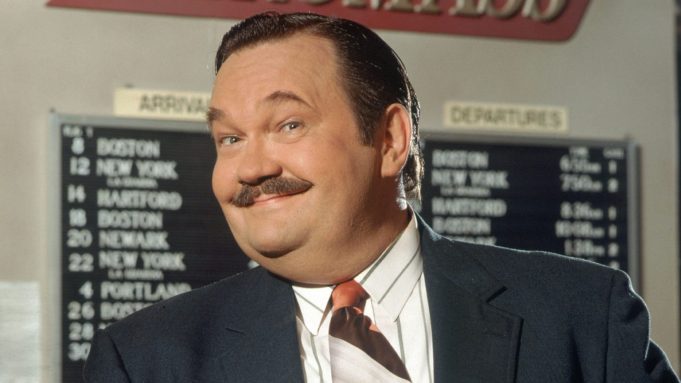 The Acting Company’s Margot Harley has announced the death of founding member David Schramm. Mr. Schramm had a career that spanned forty years in the American Theater and in film and television. He was 73 years old.

Mr. Schramm was a Group One Julliard graduate and appeared in productions both on and off-Broadway. Credits include Alan Ayckbourn’s Bedroom Face,opposite Judith Ivey, the 2009 revival of Finian’s Rainbow, and productions at New York Theatre Workshop, Pasadena Playhouse, George Street Playhouse, Shakespeare Theatre Company in Washington D.C. and more.

From 1990-1997, Mr. Schramm portrayed Roy Biggins, the rival airline owner, on the television series “Wings”. He appeared in all 172 episodes throughout the entire series.

“We mourn his loss and will miss him,” Margot Harley said.

Remote learning, working from home, and video conferencing are all becoming a part of our daily routine. The screens that connect us to our social networks also can reconnect us to our inner wellspring of creativity. Rosie’s Theater Kids (RTKids) is here to help us all take a break – a Rosie Break – from our online class or work task and ignite the imagination that makes all learning possible.

Watch for your favorite theater luminaries to light up your screen with “Take a Rosie Break!” videos shared by Chesney Snow, James Monroe Iglehart, Jessie Mueller, Teal Wicks,BD Wong and more as they challenge you to get off the couch, get creative, and “Take a Rosie Break!” Each “Rosie Break” is a video challenge hosted by an artist, celeb, or friend of RTKids who’s got an exciting or unique skill to share with you. And when you’re done, you can join a community who have shared their results and creations on  Facebook, Twitter, Instagram, TikTok, and YouTube #TakeARosieBreak #RosiesTheaterKids #RTKids.

Actor, Poet, Educator, Chesney Snow of In Transit Broadway fame shows us the ABC’s of beatboxing with our premiere “Take A Rosie Break!” video.

Jeff Statile, RTKids Artistic Director of Drama & PPAS at RTKids, shows us how to feel the virtual beat with this air drumming session.

James Monroe Iglehart of Broadway’s Hamilton and Aladdin grants us our wish of rhyme with this freestyle challenge.

Additional videos will be released weekly. RTKids was launched in 2003 at PS 51, a Title I public school bordering on the theater district where students would walk by Broadway theaters daily and never have the opportunity to go inside. Founder Rosie O’Donnell noticed this, and thought it was, “…like living in Hawaii, and never having access to the beach.” Together with Rosie, Artistic and Executive Director Lori Klinger developed PS Broadway – RTKids foundational program. In 2003, all 40 fifth graders at PS 51 participated in 15 weeks of singing and dancing training, and every single fifth grader went to see their first Broadway show – all free of charge.

The Broadway League has development of a site to help organize all of the information we are collecting about relief packages for both employee’s and employers. This site will be updated as the league gets new information, or corrected as necessary to reflect the various governmental or industry organization packages. Clearly the Federal CARE Act includes some of the most important new information and a synopsis will be provided at the introduction to the site. There are two attached links for you to use and share with your employees and colleagues.

And for the presenters around the country, please let Neal know when there is new information for your city/state and he will add it.

It’s also important to note that, even after today, it’s going to take a few days for the President to sign it and then weeks for the Treasury to draft all of the implementing regulations so, while the Act will take effect, no one will have access to the benefits for at least a month (or longer).  Kudos go out to our Government Relations team headed by Tom Ferrugia, Neal Freeman who pulled the info together with the help of Labor’s Raul Argoudin.  And enormous support from our Government Relations Co Chairs, Jeff Daniel and Seth Stuhl

Hopefully you will find this ad done by Visa in 2001 when Broadway came back after 9/11.  It is still as beautiful and meaningful today as it was then.

Club44 Records has announced the release of Love Notes, the new album from Linda Lavin – the Tony Award and Golden Globe winning and Emmy Award nominated stage and screen legend – today, Friday, March 27. Love Notes, an elegant and swinging mix of timeless standards, jazz classics and gems of the pop/rock era, features the album’s first single, “Stars Would Fall,” a sophisticated new song by Joel Lindsey and Wayne Haun. The album features liner notes by her longtime collaborators and friends Billy Stritch and Jim Caruso, in addition to a portrait by her husband Steve Bakunas. Love Notes is produced by Billy Stritch, with Wayne Haun serving as executive producer. To order or stream Love Notes, please visit https://lnk.to/QfnioFtM

Linda and Billy are celebrating the album with a continuation of their “Facebook Live” concert series, featuring special songs and anecdotes, on Wednesday, April 1 at 3:00 PM Eastern Time. Tune in online at facebook.com/bstritch

RossDecember 4, 2022
Read More
Scroll for more
Tap
A Laugh at the Obsession Over Toilet Paper
What To Watch March 30th To Take Away The Blues