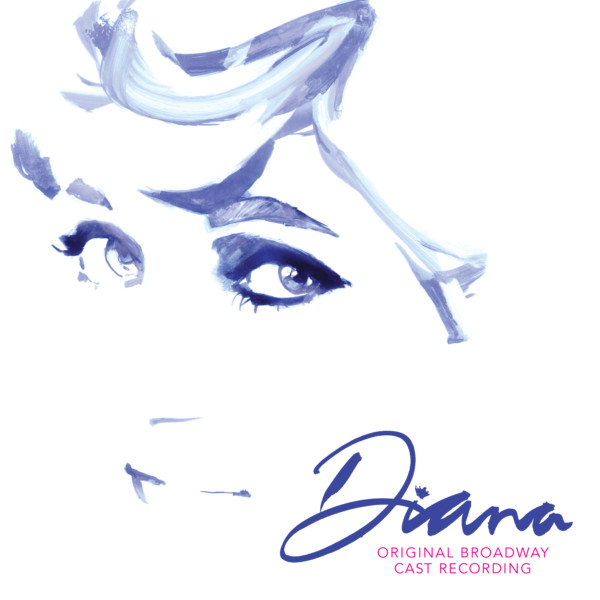 Watch/Share video for “The World Fell In Love”

Theater director Sammi Cannold (Forbes’ 30 Under 30 in Hollywood & Entertainment), Emmy Award®-winning filmmaker Dori Berinstein (ShowBusiness: The Road to Broadway), WYSIWYG Studios, CEO Kwan-Woo Park and Elizabeth Armstrong have announced the premiere of their new documentary film, The Show Must Go On, on Monday, August 9, 2021 at Broadway’s Majestic Theatre, home of The Phantom of the Opera, to benefit and celebrate the work of The Actors Fund.

The event, with a live audience, will also include appearances and performances to be announced. Tickets will be available for purchase on Friday, July 23rd at 10:00 AM ET and all sales will benefit The Actors Fund, the national human services organization for everyone in performing arts and entertainment, in their mission to aid entertainment professionals in need.

The event will represent the first time the Majestic Theatre has welcomed back an audience since the shutdown on March 12, 2020.

In the wake of the global pandemic, The Show Must Go On chronicles the race against time to save live theater and focuses in on an army of theater makers determined to win it. In March of 2020 and for the first time in history, the performing arts were decimated worldwide when theater shut down indefinitely in every country except one: South Korea. From the frontlines in Seoul, this film follows a company of artists involved in two theatrical productions-–the World Tour of The Phantom of The Opera and the South Korean Tour of Cats—two of the productions that pushed ahead safely during the pandemic and helped show the way forward. And a continent away in the UK, the film simultaneously follows Andrew Lloyd Webber, composer of Cats and The Phantom of the Opera among much else, as he uses the example set by his Korean colleagues to fight for theater’s future on the West End and beyond. The Show Must Go On chronicles the survival of the performing arts and the worldwide resuscitation of an artform with the fate of a global industry at stake. But more importantly, the film tells a human story – one of the resilience of storytellers and their determination to come together to heal, create, and inspire. The Show Must Go On, co-directed and produced by Berinstein and Cannold, is executive produced by WYSIWYG Studios, CEO Kwan-woo Park and Elizabeth Armstrong.

The Bridge Production Group (Max Hunter, Artistic Director) will present World Premiere short plays by Pulitzer Prize and Academy Award-winning playwright John Patrick Shanley (Doubt), a staged reading of a new play by Lyle Kessler (Orphans), and a workshop on devised theatre with new presentations from The Assembly. These new works will be presented as part of The Bridge Production Group’s outdoor summer residency at the Brooklyn Navy Yards this August, which also includes a production of the Tony Award-nominated musical [title of show]. The residency will run August 13-22 outdoors at the Brooklyn Navy Yards (141 Flushing Avenue at Vanderbilt Avenue in Brooklyn. Building 92, enter through Building 77). Tickets ($10-$50) are available for advance purchase at www.bridgeproductiongroup.org. All patrons will be asked to show proof of vaccination or a recent negative COVID test. A portion of all proceeds from the new work series will benefit The Actors Fund, a nonprofit that has worked tirelessly throughout the pandemic to provide artists in need of medical, financial, and logistic support.
“After admiring The Bridge Production Group’s inaugural production of Richard III, I started a conversation with Artistic Director Max Hunter and the company’s resident artists,” said playwright John Patrick Shanley. “These one acts are the first result of what both parties hope will be a substantive collaboration.” “I first came in contact with The Bridge Production Group when I saw their production of Richard III and have followed their productions of Red Light Winter and The Blue Room,” said playwright Lyle Kessler. “I trusted Artistic Director Max Hunter to give him my new play A Golden City to develop into a staged reading, and believe Max and The Bridge to be an enterprising new force in the American Theater.”  I AM YOUR MASSEUSE (six short digressions) Written by John Patrick Shanley, Directed by Claire EdmondsWednesday, August 18 & Sunday, August 22 at 8pm The World Premiere of six short plays by John Patrick Shanley, designed to aid the digestion and further erode our attention span. Featuring an ensemble cast including Resident Artist Christina Toth (“Orange is the New Black”), Carlo Alban (Sweat on Broadway; Prison Break and Mile 22with Mark Wahlberg), Marcus Naylor (Denver Center; Kennedy Center), and Crawford M. Collins (“The Gilded Age” on HBO).  A Golden City – New Play Staged ReadingWritten by Lyle Kessler, Directed by Lyle Kessler and Max HunterTuesday, August 17 at 8pmHell and damnation, angels and devils in this black comedy about the Great American Pastime. Play ball! Featuring Marcus Naylor (Denver Center; Kennedy Center), Max Samuels (hedda for The Bridge Production Group; Portland Stage; Northern Stage), Resident Artist Christina Toth (“Orange is the New Black”), Victor Slezak (“Succession”; “The Americans”), Dana Mazzenga (M.F.A. graduate of The School of Drama at The New School), and Margaret Ladd (Mike Nichols’ Off-Broadway production of The Knack;The Great Indoors on Broadway).
Devising with The Assembly Saturday, August 14The Assembly presents the company’s popular training for theater-makers of all disciplines: Fundamentals of Devising, a three-hour intensive in The Assembly’s collaborative process. Following the workshop will be a Pop-Up Assembly (the company’s first in-person edition of their popular Virtual Assemblies) featuring short-form performances and curated conversation. Sign up for one or both at www.assemblytheater.org.

John Patrick Shanley: plays include DOUBT: A Parable (Pulitzer Prize, Tony Award, Drama Desk Award), OUTSIDE MULLINGAR, PRODIGAL SON, THE PORTUGEUSE KID; films include DOUBT, WILD MOUNTAIN THYME, MOONSTRUCK (Academy Award, Best Original Screenplay), and JOE VERSUS THE VOLCANO.
Lyle Kessler is the author of the internationally acclaimed play Orphans which recently received two Tony nominations for the Broadway revival starring Alec Baldwin and Ben Foster. Albert Finney won the Olivier Award in London’s West End production and Al Pacino and Jesse Eisenberg are among others who have appeared in productions of the play. Mr. Kessler’s other plays include, The Watering Place, Collision, Possession, Robbers, First Born, Unlisted, Perp, and House on Fire. Mr. Kessler is the Director of the New York Actors Studio Playwright/Directors Unit and is a member of the Labyrinth Theater Company. Mr. Kessler also served as Artistic Director of the Sundance Screenwriters Lab. Films include Orphans, The Saint of Fort Washington, Gladiator, and Touched, written and co-starring Mr. Kessler. Lyle and his wife, actress Margaret Ladd, who founded the Imagination Workshop at New York’s Mount Sinai Hospital, together developed a unique artistic methodology, utilizing actors, writers and directors working with hospitalized psychiatric patients, veterans and “at risk” students in N.Y. and L.A. The Imagination Workshop, the longest running Arts and Mental Health program is now located at UCLA’s Semel Institute of Science and Human Behavior. Mr. Kessler’s plays have been published by Random House, Grove Press, Samuel French and Dramatists Play Service.

The Assembly is a collective of theater artists making unabashedly theatrical and rigorously researched ensemble performances that address the complexities of our ever-changing world. The Assembly’s eleven original works include the New York Times Critic’s Pick HOME/SICK, the Chekhov-Müller mashup SEAGULLMACHINE, and the upcoming musical IN CORPO, premiering in 2022 as part of Theatre Row’s inaugural Kitchen Sink Residency. www.assemblytheater.orgThe Bridge Production Group is a non-profit theatre company committed to dismantling and rebuilding an audience’s expectations of theatrical storytelling. In producing both new and revived works, we seek to disrupt traditional conventions and assumptions about how stories are told in the theatrical medium by restructuring and reimagining classic text, utilizing and highlighting design as a core narrative component, and blurring genre and tone. Injecting the familiar with spontaneity and vitality, our mission is to create theatre that is immediate and resonant with young and diverse audiences; we invite less traditional theatergoing audiences into our shared spaces, aiming to awaken an enhanced appreciation for the medium. www.bridgeproductiongroup.org